After releasing a book last year that explored sexuality at an older age, Jane Fonda says she's just about finished penning new material geared toward young people who are curious about sex.

The 74-year-old bombshell, activist, feminist and workout-tape guru says she's nearly wrapped a book aimed at kids in middle school, plus another for teens in high school.

"I've spent a lot of time with kids and with parents and it's just stunning how little they know and how nervous parents are about talking," she said in a phone interview, noting that how and when the books are released will be up to her publisher.

"There's a lot of books about plumbing and how everything works, but … I talk about sexuality in the context of identity. That it isn't just about intercourse, that to be human is to be sexual. There's nothing dirty or weird about it, and it's important to understand it very deeply."

Still, she acknowledges she missed her opportunity to talk to her own kids about sex.

"I did very badly as a parent," Ms. Fonda said. "I was not good. I think I was a few years too late. But I didn't know enough at the time – that it's not about waiting and then having the quote-unquote big talk. You have to start young, when they're young, and in an age-appropriate way to begin to talk about things sexual so it's no big deal.

"And you create an environment where your children feel comfortable coming to you with questions. If they feel that you're nervous, which you tend to be if you wait to have the big talk, they won't come to you. Be what's called an askable parent."

Ms. Fonda speaks so frankly and with such apparent ease about a topic typically taboo in celebrity interviews, it's easy to see why she took so strongly to her forthright character in the new film, And If We All Lived Together, originally released in France with the title, Et si on vivait tous ensemble?

The two-time Academy Award winner portrays the candid, compassionate Jeanne, one of a close-knit cluster of retired Parisiens struggling with how to spend their final years. Jeanne is secretly coping with a fatal diagnosis while tending to her Alzheimer's-afflicted husband (Pierre Richard). Soon, the pair and three long-time pals dealing with serious issues of their own decide to move in together in a stately French estate to fortify their support network.

"I was so happy to hear from a lot of the reviewers who said, 'God, you know, people don't talk about these things – old people and sex and fantasizing,'" she said.

At one point, a Hungarian ethnology student moves into the house to patiently study the lives of the elders, and Ms. Fonda's character embarks on long walks with the curious academic to explain the ins and outs of sexuality among seniors.

"I liked the fact that I talked to him about sex," she said. "I think it's nice when an older person can talk that way to a younger person. …[It's] a reminder not only to him but to the audience that old people don't necessarily retire from sensuality."

But as the actress prepares to dive into the pool of youth sexual education, has she given any thought to atoning for her parenting regrets and counselling her grandchildren about sex?

"Totally, yeah. Of course, I need permission from my children before I can do that." 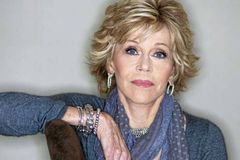 Jane Fonda on boomer sex: 'It's young people that have the hang-up'
May 1, 2018
Film Review
And If We All Lived Together: Fonda as French cougar in a seniors’ farce
April 30, 2018 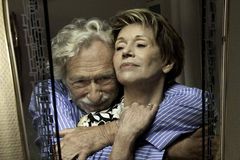