If you could spot a bully at 10 paces, would you?

Parents of children who have been victimized would adamantly say yes. They eagerly jump on new research that suggests the kids most likely to offend could be identified.

On the flip side, experts warn that such tools could lead to profiling kids who are already troubled and lead to inflaming the problem. A new study has highlighted the debate.

Led by Douglas Gentile, a professor of psychology at Iowa State University, the study has raised the tantalizing possibility of prevention.

Gentile's research highlighted six risk factors that can identify children who will fight with their peers: low parental involvement, exposure to media violence, prior physical victimization, previous fights, a bias toward hostility and being a boy.

Researchers surveyed 430 children in Grades 3 through 5 and their teachers twice over the course of a school year. The investigation – published in the July issue of the Psychology of Popular Media Culture – began as research into the influence of violence in the media on violence and bullying, a risk factor the authors suspected would have a strong effect. All six factors had little impact when taken on their own; they were inextricably linked.

For the kids who had the most risk factors, Gentile and his co-authors were able to predict with 94-per-cent accuracy which children would be involved in a fight in the school year ahead.

"In my experience you can identify children who have that potential [to bully] early on," said Stuart Auty, president of the Canadian Safe School Network.

Lynn Heath, head teacher at East Alternative, a school in Toronto for students who have struggled with bullying, fears this approach could lead to a self-fulfilling prophecy.

"If you are identifying kids as potential bullies before they've done anything, teachers are going to deal with them differently whether they mean to or not," she said.

Bullying exacts an enormous toll on families. Canadian kids report relatively high rates of bullying with 17 per cent of both girls and boys being bullied at school at least twice a month, compared to approximately 10 per cent and under in many European countries. Bullying runs the gamut from a child being afraid to go to school because of taunting to exclusion, schoolyard violence and high-profile cases such as that of 14-year-old Reena Virk, whose 1997 beating death horrified Canadians.

At East Alternative, Heath's anti-bullying campaigns target the school community rather than individuals. Staff believe the time for a focused approach is after an incident, not before. Heath feels students are sensitive to how teachers perceive them, and may alter their behaviour to match those perceptions.

Broad community-wide anti-bullying events – the go-to for most schools – often fail to reach the kids who need them most. "None of the kids in the room think it's about them," Gentile said. "Even the bullies don't think they're bullies."

Identifying potential targets based on Gentile's measures would be a radical step for school boards, who follow a broad patchwork of approaches across Canada.

Disciplinary decisions have traditionally been left to principals' discretion. Most interventions happen after the fact and relatively few target individual students.

As the issue has gained prominence over the past few years, provinces and territories have started to enact anti-bullying legislation and policies, or at least draft them.

Education ministers met in Halifax in July to discuss the issue, but couldn't agree on how far preventive strategies should go.

A greater aid in the battle to stamp out bullying might come with deeper understanding of what builds a bully in the first place.

Vancouver clinical and developmental psychologist Gordon Neufeld thinks schools are too reactive to bullying, too prone to punish individuals and introduce peer-driven community-wide anti-bullying campaigns. "If there were more teachers, more parents who really could see the bully from inside out, we really could make a difference," he said.

Neufeld has developed a theory for what causes children to become bullies, called "alpha awry." His theory is that children who bully have an alpha instinct gone wrong, usually because they lack a healthy attachment to a parent or adult. (An alpha instinct is what makes us take care of and provide for others.) The parent may be too authoritarian or too permissive, but the end result is the child doesn't feel provided for or protected and acts out.

The way to undo the damage, Neufeld says, is for the child to form a healthy relationship with another adult, perhaps a teacher. As with the research conducted by Gentile, lack of parental involvement is a risk factor in becoming a bully.

Gentile said he intends to investigate whether his risk factors can be used to identify candidates for targeted early interventions, but for now he's interested in how they can help parents.

Parents can limit exposure to violent media, practise non-violent dispute resolution and communicate with their children and stay involved in their lives.

"Parents are much more powerful than they think they are," Gentile said. 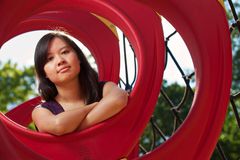 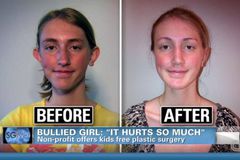