Mariam Varghis, 13, is spending the last weeks of the fleeting summer learning about a cell's nucleus and practising her integers. It's not exactly the vacation most tweens dream about – but then, she is not on holiday. The Grade 8 student has already been in class for a month at Roberta Bondar Public School in Brampton, Ont.

The school is part of an increasingly urgent experiment to address what some experts now believe about summer: A yawning nine-week break negatively affects students' achievement. Urgent, because while Canadian education still ranks highly on the world stage, other countries have been making big gains for students. And a number of big players are putting year-round learning front and centre – including many schools in the United States, much of Germany and Australia, and a proposal to shorten the already short six-week summer holiday in Britain.

In Canada, meanwhile, only about 100 schools are using a non-traditional calendar (the bulk in Alberta). In British Columbia, the government gave school boards control over modifying their September-to-June schedules last year, to "offer more creative scheduling options to better meet the needs of their students," as Education Minister Peter Fassbender put it. But beyond the handful of B.C. schools that already operated on a year-round calendar, no new schools have taken up the offer.

Why the lag? There remains intense debate – among educators as well as parents – about how much time needs to be spent in classrooms, when that time should be scheduled and the value of experiencing free-range play. This, even as students themselves often report a readiness to skip goofing off for stimulation.

"I just get really bored," Mariam says of her shortened summer vacation.

It can be hard to remember why we have a September-to-June school calendar. A common misconception is that our schools are still following an agrarian calendar even as kids are more likely to spend a summer Saturday at an urban farmers market than a farm. The reality is that summers off were an invention of the industrial era and the rise of the middle class. Urban schools without air conditioning were not pleasant places to learn, absenteeism was an issue and parents wanted, and could finally afford, to take a summer break.

There is a good reason to rethink our traditions, however. The "back" in back to school could equally refer to how September is all too often spent in classrooms – reviewing material from the last year, which kids have forgotten over the summer.

A study from the Canadian Council on Learning found that all students, regardless of socio-economic background, lose knowledge of math skills over the summer. The longer the school year, the more opportunities students have to learn, as the Organization for Economic Co-operation and Development has pointed out.

And education research is very clear about the impact of the typical school year on disadvantaged students. Jeff Smink, former vice-president of policy at the National Summer Learning Association in the United States, says he considers the summer months "the most dangerous season of the year" for low-income children – who tend to not have the same enrichment opportunities. Reading, in particular, is a weak spot (low-income students generally lose ground over the break, while high-income kids can gain). Over time, a 2011 RAND Corp. study found, small gaps in learning year to year lead to poor overall achievement outcomes.

To bridge this gap, educators such as Mr. Smink advocate not only year-round learning but also an increase in the number of days that kids are in school. It's a call that is coming from the highest levels of the U.S. government as well, with President Barack Obama and Secretary of Education Arne Duncan saying American students have to spend more time in class. "I think our children are at a competitive disadvantage," Mr. Duncan says in a government video online. "I want to level the playing field, I want our kids to compete with the best in India and China."

These efforts are probably on the right track. The RAND study found that students in New York and Baltimore who participated in summer remedial learning programs improved their results the more frequently they attended.

In Canada, lengthening the school year is not on the table. Schools that have adopted less traditional schedules do not add more days to their school year – they simply redistribute time off in relatively regular intervals. Roberta Bondar Public School, for example, closes for four weeks in the summer, but has a longer Christmas holiday and March Break, as well as a fall and midwinter break.

Wendy Brick, who teaches at the school, says she would not return to the traditional calendar. The evidence that shorter summers work is clear: She says she spends less time teaching the previous year's curriculum and sees the difference in the math skills of her students.

The power of play

For every parent happy to rejig the school calendar to keep their kids competitive (or go south off peak season), however, there is a parent who resents the idea of the school system taking away concentrated family vacation time.

"I like the two-month break," says Toronto mother Anne Macdonald, who is currently enjoying the last week of the summer holidays at the cottage with her two children. "It's a time for us to regroup because the year is so busy."

Some parents, the "free-range" crowd, also argue that time off does not necessarily mean "time out." It can offer different learning experiences, including outdoor play, or simply a fallow period to counteract the hyper-jammed, over-structured school year.

"I think if [the summer break] was way too long that society would have probably demanded a change long before now. We don't have families pushing for school year-round," says Glen Hansman, first vice-president of the British Columbia Teachers' Federation.

Many educators are resistant too. Susan Lambert, the past-president of the B.C. Teachers' Federation, told The Vancouver Sun last year that the two months away from the classroom are essential for teachers: "I can tell you that teachers need their summer break. It's a very intense profession, where you are teaching for five hours a day, and then doing preparation and marking and evaluation."

When the Langley school district in B.C. proposed modifying the school calendar, it offered up some options: a balanced calendar with a three-week spring break and a three-week winter break, and another with three months on, one month off. The majority voted for the status quo.

As for those learning payoffs – unfortunately, they're positive, but not clear-cut. Yes, research shows that enriched activities are good for low-income kids whose parents cannot afford intensive summer programs. But is school better than, say, archeology or drama camp? And does it matter more how many hours kids spend in school in total, or the pacing or quality of learning? And how does a longer school year compare with tutoring during a shorter one, or the odd summer enrichment session?

Just sticking kids behind a desk for long periods, as many parents can sympathize, does not equate to higher achievement. Finland, for example, whose students score at the top of international rankings, keeps nine-to-11-year-olds in school for 640 hours, while South Korea, which vies for the lead with Finland, is at 740. Yet in France, which is a middling ranked country, students are in class for 847 hours.

Tutoring does not help either. An OECD report on how much time students spend in after-school classes shows that the school classroom is where gains happen.

As the debate keeps going, anxiety about kids' performance is a constant. When the same Langley district that rejected an alternative school year offered enrichment courses this summer, roughly half the elementary and high-school population participated.

So what is the best approach to keep up with changing education practices around the world? Back at Roberta Bondar Public School, principal Joan Hamilton, who proposed a year-round calendar to the Peel District School Board, is firm in her belief that the frequent breaks – for all the disagreements about them – recharge both her teachers and her students.

"I'm not saying this program works for every student or every family, but it should be an option. … How many of our kids right now are either still in bed sleeping or are in front the screen, and they're not actually learning anything?"

The average number of hours of instruction time received by a typical 15-year-old around the world: 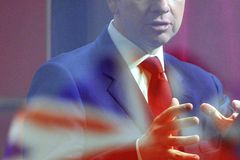 How to help your kids succeed in school? Talk, talk, talk
September 6, 2012 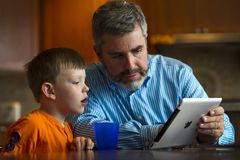