When Planned Parenthood instructors go into a classroom, the questions they face are drawn from students’ burning curiosities and innermost insecurities:

“If [someone] you are texting asks for a picture, how do you let them know you don’t want to? What do you do in this situation?”

“Is there unlimited sperm?”

“What would be a polite way to say no?” 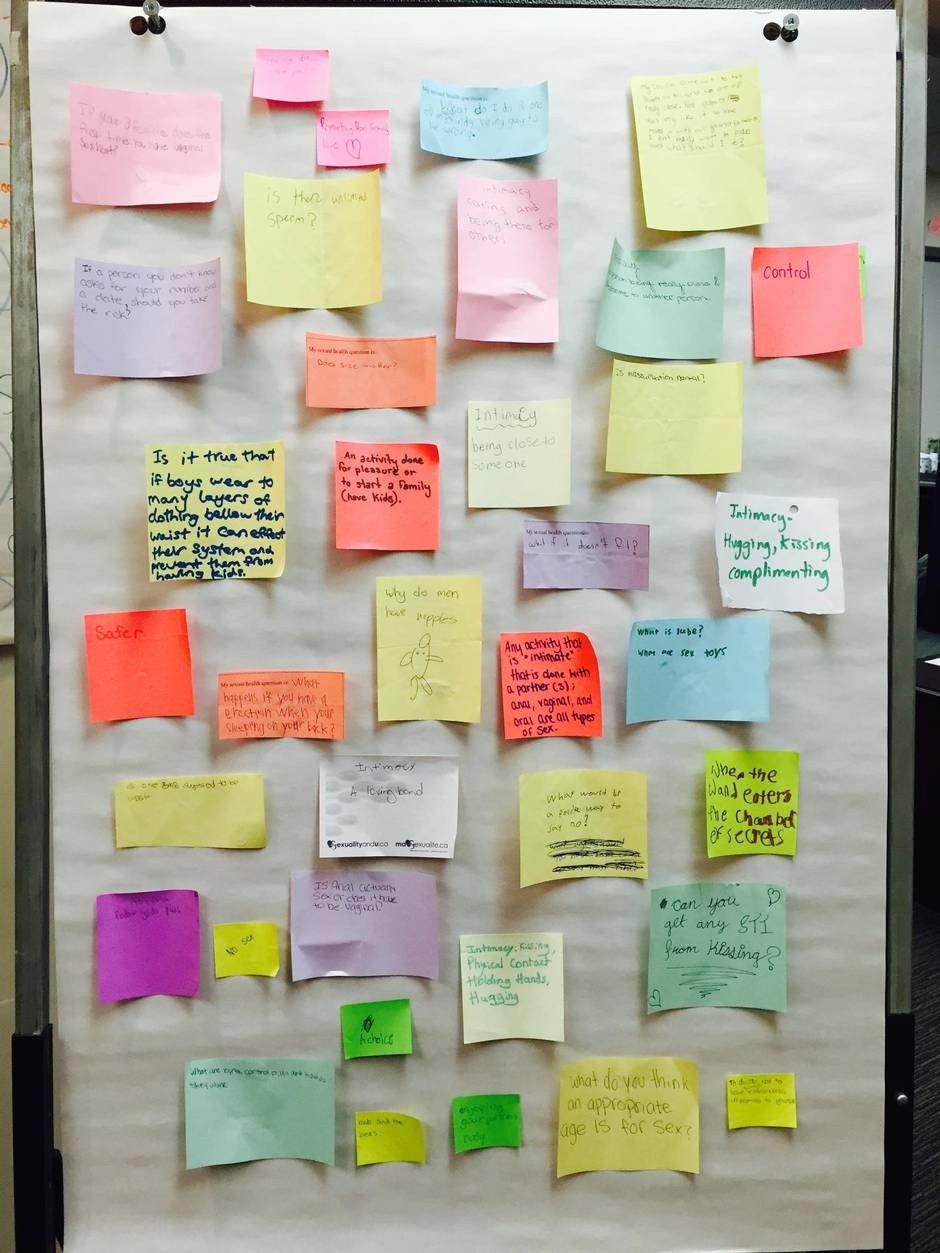 Anatomy, consent, relationships, gender identity, pleasure – it’s all on the table when kids ages 11 to 14 get the chance to ask what’s really on their minds.

“These are the things they worry about. These are the deepest, darkest things in their hearts,” says Lauren Dobson-Hughes, president of Planned Parenthood Ottawa.

While Ontario rolls out its updated sex-ed curriculum, Planned Parenthood Ottawa has been teaching similar material for more than a decade. The organization has partnered for at least 10 years with public schools in the region and holds sex-ed workshops for students in Grades 6 and 7.

In one exercise, kids anonymously submit questions that are then addressed randomly, with “no judgment, no stigma, just the facts,” Dobson-Hughes says.

The questions provide a snapshot of what kids want to know, but aren’t taught – in the classroom, on the playground or at home. Students ask about love, dating and negotiating consent. Often, the questions address topics students their age should have been taught by now, Dobson-Hughes says.

“The questions are more basic than you might expect from a 13-, 14-year-old, and indicate that perhaps some of the basic anatomy and understanding of physiology – how our bodies work – has not been taught to them,” she notes.

And if they are any indication of what students worry about, it isn’t just anatomy. Another hot topic: love – a subject some Ontario parents have complained isn’t in the new curriculum.

In fact, Dobson-Hughes says, most provinces haven’t kept up with the Canadian Guidelines for Sexual Health Education.

Each province has its own sex-ed curriculum (Quebec eliminated the subject in 2005, but is introducing a new program through a pilot project), so the level at which certain topics are discussed differs across the country.

In Ontario, for example, body parts are taught in Grade 1; children in New Brunswick learn about genitalia in kindergarten.

That’s part of the mental-health side, she says, discussing how feelings can be hurt, and the effects of actions such as cat-calling and sexting. Her organization teaches mental health and sexuality hand-in-hand, but many provinces do not.

Often, after several hours or days of back-to-back workshops at a school, Planned Parenthood will have a counsellor on site so students have somewhere to go with questions.

It’s not the easiest subject material to teach, Dobson-Hughes admits. “You’re asking somebody to unpack a lot of their own issues around sex, around gender, around violence. And that requires digging deep as a teacher,” she explained.

But for kids, not knowing can take a toll.

If you don’t deliver good sex ed, Dobson-Hughes says, “you leave a kid wondering if it is okay to be gay,” for example.

In fact, she says, most questions revolve around one query: Am I normal?

“Chances are, if one kid’s wondering it, most of them are, as well,” she says.

In other words: Yes, you are normal.