Schoolyard bullies don’t pick on just anyone. Like wolves culling caribou, they single out the wounded, the stragglers, the loners who stray from the herd.

More often than not, bullies are the popular kids, the ringleaders with a competitive streak, researchers say. In their baboon-like displays of dominance and control, children who bully are simply aping what happens in the wild (or the political arena).

That’s small comfort for bully targets and their parents. The best way to fight back, according to new research, is to make sure that tormenting your kid is not worth the bully’s while.

The Globe and Mail spoke to three specialists on how to inoculate your child against bullying.

How to tell if your kid is being bullied

One of the biggest issues with bullying “is that many kids, indeed, do not tell anybody,” said Jaana Juvonen, a professor of developmental psychology at the University of California, Los Angeles.

Juvonen urges parents to take notice if a child is suddenly reluctant to go to school or doesn’t want to join the kids they used to play with.

Children who are being victimized may complain of headaches and stomach aches, especially in the morning. Young children may become clingy with their parents, whereas older children tend to isolate themselves. “Any of these changes in the child’s behaviour could be a warning sign,” Juvonen said. 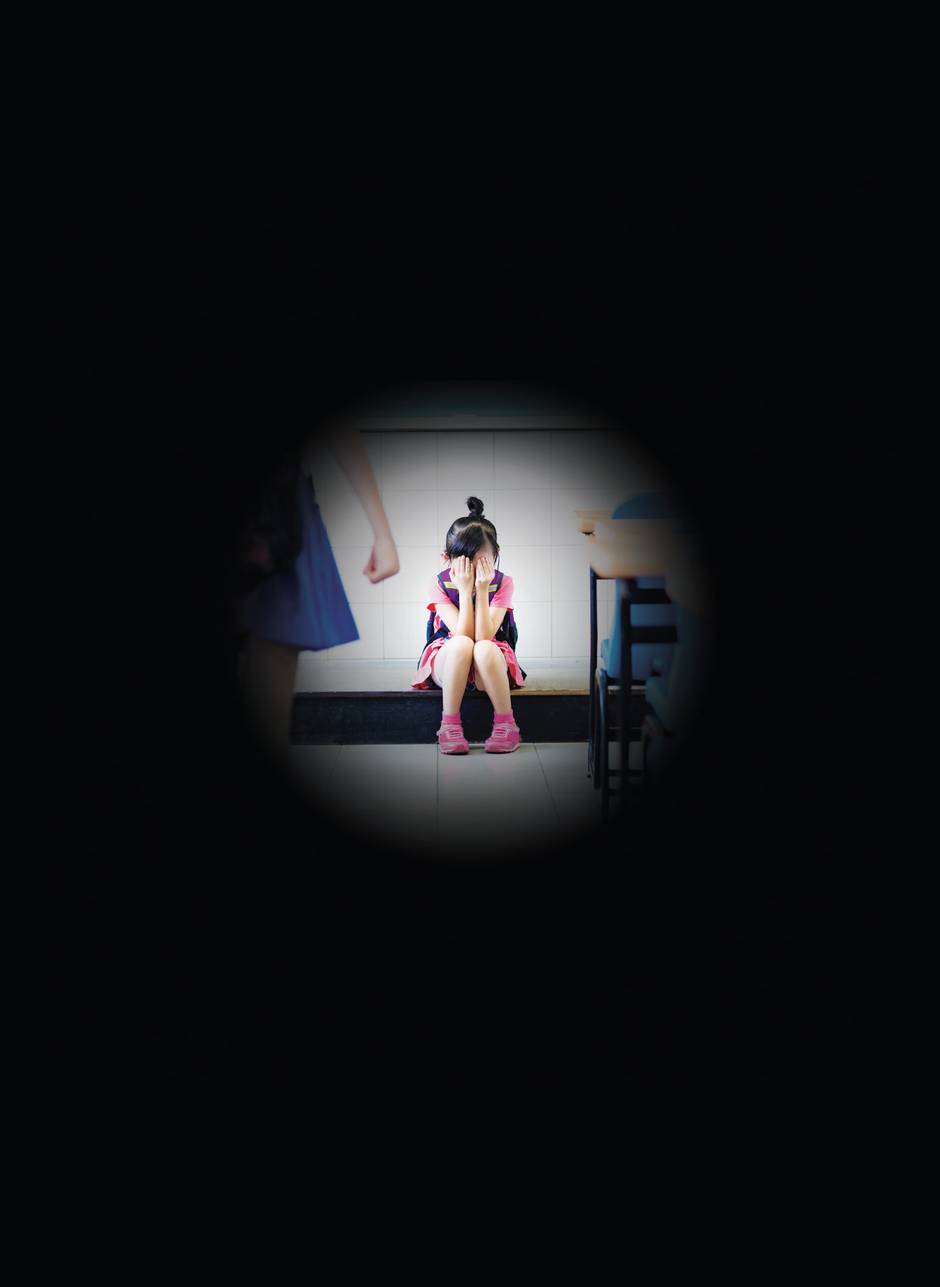 Children can deter bullies by getting support from teachers and other adults who will discipline the child. (iStock photo)

What makes a bully magnet?

Kids who become targets are more likely to be shy and timid, and tend to have higher levels of depression and anxiety to begin with, researchers say.

Standing out from the crowd is another risk factor, said Susan Swearer, a psychologist at the University of Nebraska-Lincoln and co-director of the global Bullying Research Network. Whether they stick out because of their race, religion, gender identity, disability or sexual orientation, “these are kids who are somehow perceived as different,” she said. Kids such as these may need extra coaching on how to deal with bullying before it starts.

Nevertheless, there is more to bullying than the target or aggressor, Juvonen noted. Peers play a critical role in reinforcing the behaviour, she said. While most kids agree that bullying is wrong, ganging up against a social outcast strengthens their bonds to the group.

When a child grabs another’s backpack and everyone laughs and tosses it around the school bus, “there’s this sense of being on the right side, feeling united,” Juvonen said. Bullying someone without an audience is “very rare.” Group dynamics, she added, are a good starting point for talking to children about the difference between a good buddy and a fair-weather friend.

Coach your child on how to defuse an attack

A child’s reaction to the first taunt can have an impact on whether he or she becomes a perpetual target, Juvonen said.

When children respond submissively and show they’re hurt, “that can be rewarding for the bully,” she said. Similarly, if a child gets heated and tries to retaliate, “that seems to increase their risk of getting targeted again,” she said.

Humour may be a good strategy, according to some research. While it can be tough to pull off, cracking a joke in response to an attack may deprive the bully of the payoff, Juvonen surmised.

Tony Volk, a developmental psychologist at Brock University in St. Catharines, Ont., described bullying as a “cost-benefit behaviour.” Bullies, over time, tend to get more resources, more reputation and dominance, according to Volk’s research (and, as adults, more sex). “So why don’t they do it all the time?” he said. “Because it can be costly to attack the wrong people.”

Children can deter bullies by getting support from teachers and other adults who will discipline the child, and by bringing in peers who can help them stand up against tormentors. For bullies, Volk said, “that raises the cost.” 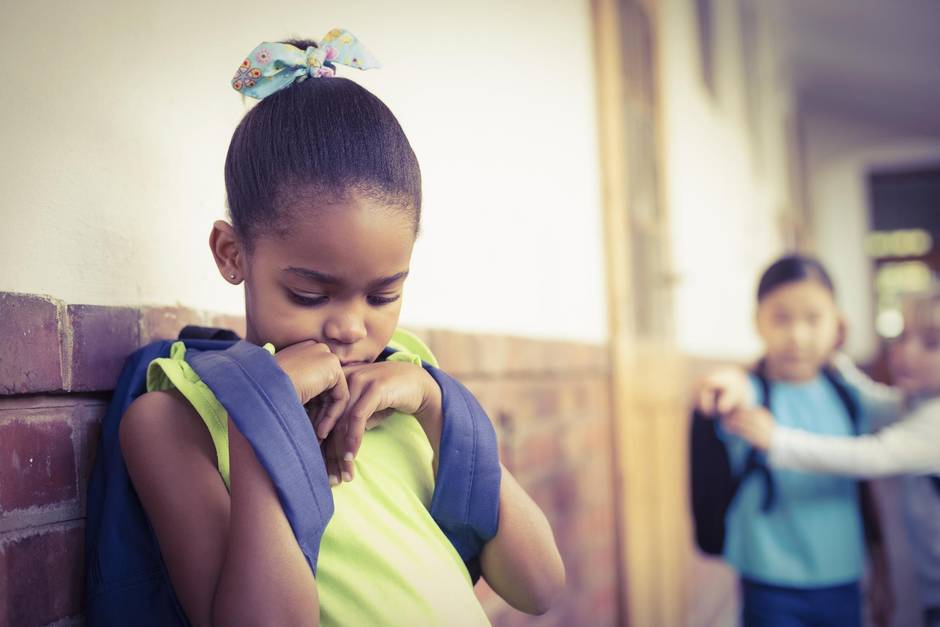 Help your child make at least one good friend

A kid who sits alone in the school lunch room day after day is an easy target for victimization, which can lead to mental-health problems that persist into adulthood. Having just one loyal friend cuts the risk of long-term consequences from bullying by 50 per cent, Volk said. “It’s the biggest protective factor that we know – more so than supportive parenting, or a positive school environment, or self-esteem.”

Kids who are bullied tend to internalize negative feedback from their peers, no matter how much parents tell them that it’s not their fault, Volk explained. The friend doesn’t have to be someone who steps up and stops the bully. “It’s more that the child has someone who can say to them afterward, ‘It’s not you, it’s them,’ ” he said. “That’s a very positive message from a peer that can shore them up.”

A good friend can be hard to come by, especially if a child has had a falling-out with a peer group or moved to a new school. Parents can encourage children to seek out new social relationships through extracurricular activities such as sports, theatre and arts groups, Swearer said. “Often, friendships are developed through shared interests.”

Calling the other child’s parents may be your first instinct, but in many cases, “that’s the worst strategy,” Juvonen said. She recommends that parents listen to their child, without letting their own emotions run high, and calmly ask about the facts.

Children tend to tell only partial truths, especially in cases when they were the instigator, she pointed out. Often, when two sets of parents hear different stories from their kids, “each parent is going to feel like it was their child who was the target,” she said.

Volk pointed out that the personality traits associated with bullying – including lower levels of honesty and humility – have genetic components, “and are certainly influenced by the home environment.” If a bully’s parents share traits such as competitiveness and an inflated sense of self-worth, chances are they will respond to another parent by saying, “Your kid does stupid things and my kid has lots of friends. The problem isn’t my kid – it’s your kid,” he said.

Conversations about bullying are often easier among parents who have known each other for some time, Swearer said. “I think, partly, parents have to make the decision [to discuss it] based on the relationship they have with the other parent.”

Talk to your child’s educators

Since bullying tends to escalate away from adult eyes, it may help to ask teachers and schoolyard monitors to keep an eye out for your child during lunch hour and recess. “It’s just really important to have a lot of supervision, period,” Swearer said. Some schools provide lunch-hour groups where vulnerable children can eat with others.

In a recent study conducted by Juvonen, Finnish kids involved in this program felt better about their schools and themselves, compared with children in schools without the KiVa program. What’s more, kids who had been victimized “benefited the most,” she said.

Programs that have been more widely studied in North America include Social Emotional Learning (SEL). This approach focuses on teaching kids how to manage their emotions, achieve positive goals, feel empathy for others and maintain positive relationships, which are helpful skills for all children.

Teachers and parents can check out the SEL resource finder at selresources.com, developed by Shelley Hymel, a specialist in educational psychology at the University of British Columbia.

According to Swearer, “research is really demonstrating a link between better social emotional learning skills and lower levels of bullying behaviour.”