Lunch boxes are like socks. Even if you try to keep tabs on them, the lids and containers end up being mismatched and grungy by the time school is out. By now, many parents are in the market for a new one, and back-to-school sales are full of sparkling plastic lunch boxes in candy colours – all marked “BPA-free.”

The label means that the product does not contain bisphenol A, a synthetic compound associated with a litany of health problems, from cardiovascular disease to poor brain development and an increased risk for certain cancers. BPA is among the most widely used chemicals in the plastics industry, found in everything from dental sealants to cash-register receipts and the lining of tin cans.

But growing evidence suggests that BPA-free products are no safer than the hard plastics they replaced. In fact, some chemical alternatives may be more potent than BPA.

In 2008, Health Canada made global headlines by banning the sale of polycarbonate baby bottles containing bisphenol A. Canada went a step further in 2010, declaring BPA a toxin (the designation allows the government to develop regulations around a chemical’s use).

Despite this move, the agency has maintained ever since that “current dietary exposure to BPA through food packaging uses is not expected to pose a health risk to the general population, including newborns and infants.”

But manufacturers realized that no consumer would touch a food container made with a recognized toxin with a 10-foot pole. Before long, BPA-free became the consumer products industry standard.

Now, it turns out that chemicals used instead of BPA, including bisphenol S and F, may act in similar ways to BPA. In rats and mice, BPA is known to disrupt the endocrine system, the network of glands that produce hormones that regulate metabolism, growth, brain function and reproduction.

An analysis published in March in the journal Environmental Health Perspectives evaluated 32 studies on how bisphenol S and F behaved in Petri dishes and living organisms. Based on existing research, the authors wrote, “BPS and BPF are as hormonally active as BPA, and they have endocrine-disrupting effects.”

Deborah Kurrasch, an assistant professor of medical genetics at the University of Calgary, found that zebrafish exposed to both BPA and BPS showed an overgrowth of nervous tissue, and signs of hyperactivity. Trace amounts of BPS increased neuron cell growth in zebrafish by 240 per cent.

“Our results show that BPA-free products are not necessarily safer,” concluded her study, published in January in the Proceedings of the National Academy of Sciences.

George Bittner, a neurobiologist at the University of Texas at Austin, has been testing plastic containers for synthetic estrogens (which are believed to disrupt the endocrine system) for more than a decade. “If what you substitute for BPA has estrogenic activity, you haven’t solved a thing except a marketing problem,” says Bittner, who set up his lab using a grant from the U.S. National Institutes of Health.

BPA-free is not a safety standard. Federal authorities in Canada and the United States do not test plastics, nor do they require chemical companies to test the toxicity of new materials, including BPA replacements, before they hit the market.

What’s more, manufacturers do not have to reveal the chemical formulations of plastics that come in contact with food. “We have no idea what’s in these products,” said Frederick vom Saal, a specialist in endocrine disruption at the University of Missouri at Columbia who has done extensive research on BPA.

Hundreds of studies have demonstrated BPA’s toxicity in rodents. But as of yet, scientists have been unable to prove without a doubt that BPA and similar chemicals cause disease in humans. Researchers cannot dose human sub1jects with BPA for ethical reasons. Nearly 100 epidemiological studies have shown a link between BPA in humans and an increased risk for diabetes, reproductive problems and developmental effects, but studies like these can only identify correlations, not causes.

Some researchers have challenged whether BPA at current levels poses a public health threat.

In a study published in April in the journal Pediatrics, a team at the Johns Hopkins Bloomberg School of Public Health noted that the vast majority of U.S. newborns had been exposed to BPA. But after analyzing the form of BPA found in urine samples, the researchers suggested that infants can rid their bodies of the chemical.

Vom Saal called the study’s conclusion “inane.” He pointed out that a basic assumption in pharmacokinetics – the study of how drugs move in, through and out of the body – is that one can evaluate the presence of a drug or chemical in the body only “based on measuring blood,” not urine.

He believes that many studies on BPA are funded by the chemical industry, which has a vested interest in promoting the idea that BPA and BPA alternatives are safe at low levels. In 2006, vom Saal did an analysis of BPA-related studies and found that 11 out of 11 industry-funded studies determined the chemical to be relatively safe, while 109 of 119 studies that had no industry funding did see negative effects on health.

While the health effects of long-term exposure to BPA and BPA alternatives are uncertain, there is little doubt that the plastics we use every day are leaching synthetic estrogens.

In a 2014 study, Bittner’s lab in Austin, Tex., tested 50 BPA-free products from companies including Camelback, Nalgene and Lock&Lock. The study found that almost all leached estrogenic chemicals, regardless of whether the plastics were exposed to heat, steam pressure or ultraviolet rays, conditions known to increase the release of chemical compounds.

Plastics considered more chemically inert, such as polypropylene used in yogurt containers, or the polyethylene used to make plastic bags, may also release harmful chemicals, depending on how they are formulated. Even the colours added to plastics may increase estrogenic activity, Bittner said.

Some researchers question why BPA and BPA alternatives are being singled out, considering the array of chemicals that enter our water supply, including synthetic estrogens from hormonal contraceptives as well as antidepressants and other pharmaceutical drugs.

The relative harm from different sources of synthetic estrogens “really is unknown,” Bittner said. One reason to focus on estrogenic chemicals in plastics is that the problem could be easily solved. “It’s a simple matter of using certain chemicals and not others in the manufacturing process, and then testing the products to see if they release chemicals with estrogenic activity,” he said. “It’s not expensive.”

As it stands, glass or stainless-steel food containers are considered safer than plastic or silicone. But even if parents use only non-plastic lunch boxes, more often than not, the breads, cheeses, carrots and snacks they pack for their kids were purchased in soft plastic bags, or from hard plastic bulk bins. All are manufactured using an array of chemicals that may – or may not – be harmful.

Parents are increasingly concerned that there are no safe plastics, says Manda Aufochs Gillespie, author of Green Mama: Giving Your Child a Healthy Start and a Greener Future. To meet growing demand for products that do not release harmful chemicals, numerous companies have come out with stylish food containers made of truly inert materials such as glass, stainless steel, cotton and beeswax. Here are Gillespie’s top picks. 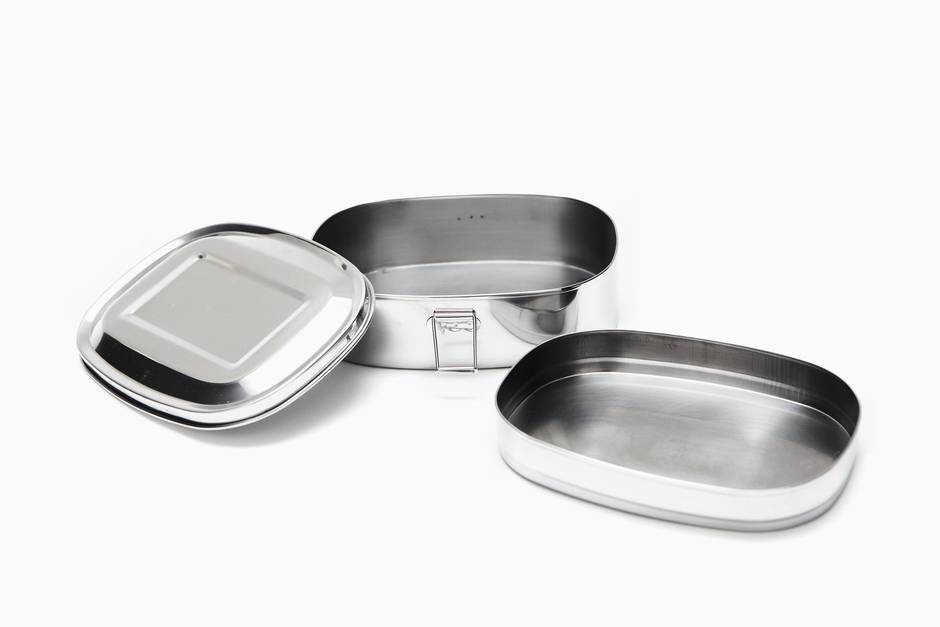 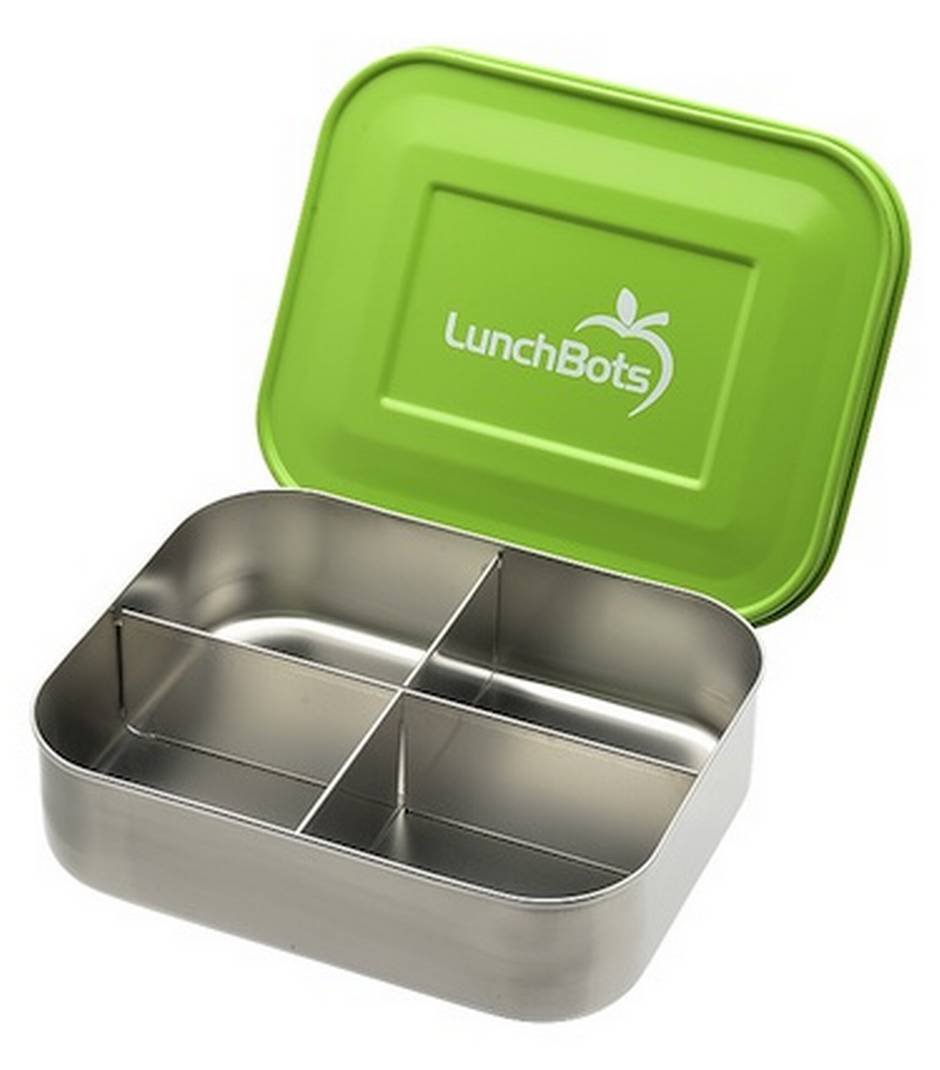 Stainless-steel bento boxes with brightly coloured lids come with one, two or three compartments. The thermal container for hot liquids has a wide mouth to help children spoon out soups without spilling. lunchbots.com 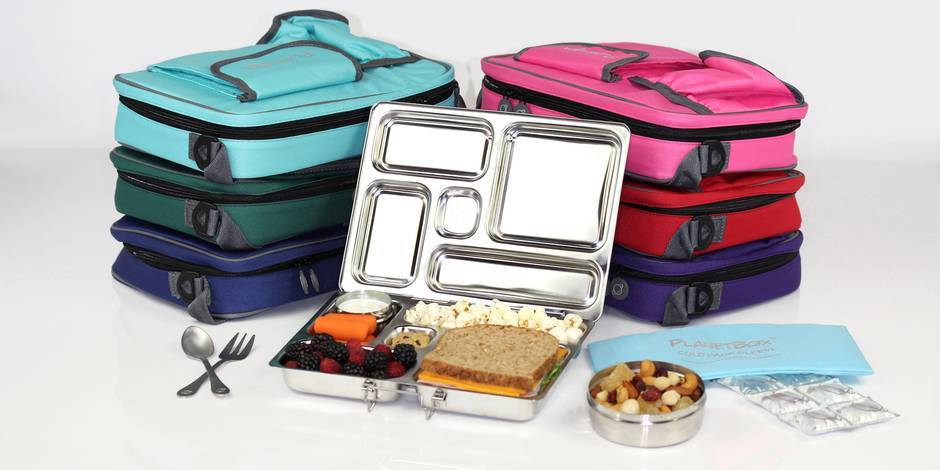 This range of stainless-steel lunch kits has a cult following thanks to its tiny snack compartments, insulated carrying cases and cute little magnets to stick on the front. planetbox.com 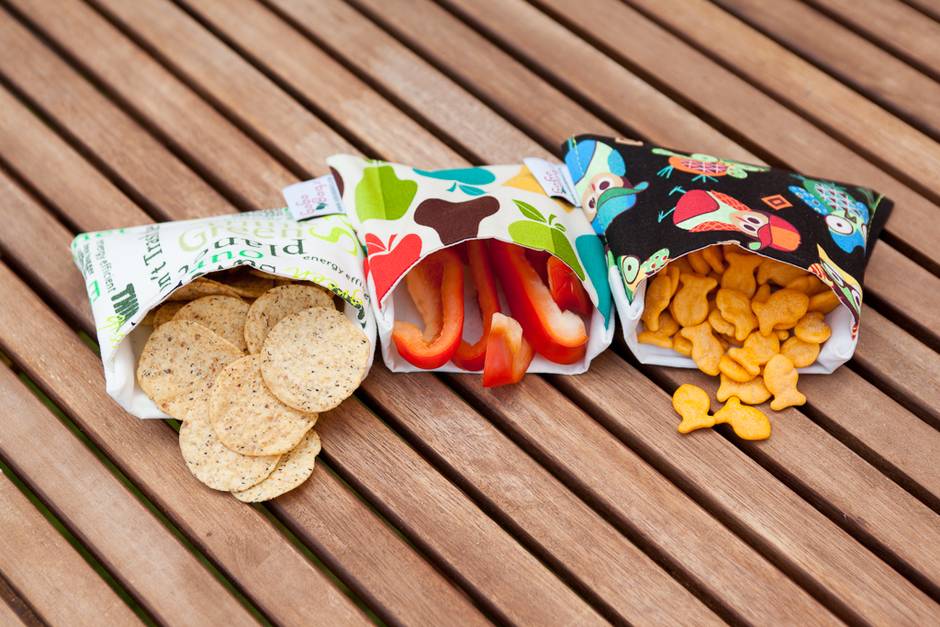 These washable cotton bags in fun prints come in different sizes; GoGo says snacks such as apple slices end up tasting fresher than those stored in plastic bags. gogobags.ca 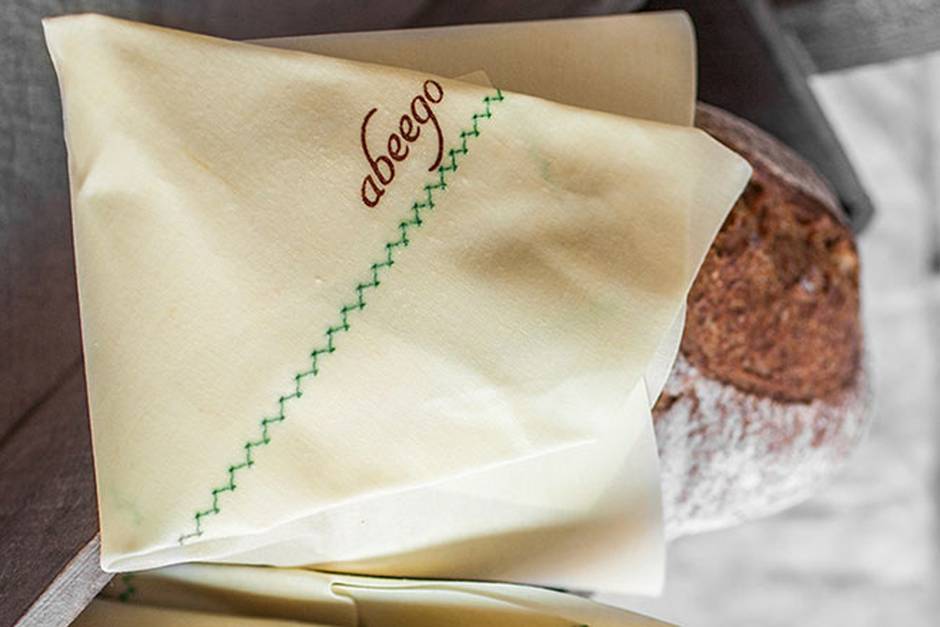 Made of canvas coated in beeswax, this flexible, washable material is a lovely alternative to plastic wrap, and can be reused for up to a year. Great for wrapping sandwiches, cheese slices and other nibbles. abeego.com