I grew up at Camp Arowhon in Ontario's Algonquin Park. It was my happy place, where being a great canoeist mattered more than city stuff like getting the boys' attention. When the harvest moon turned golden in late summer, I always mourned the loss of the safest place in my world.

In 1989 I had a new perspective when I came home to camp to be the director. That first summer, I saw the many hurts visited upon "uncool" kids. I saw three girls walking down the path giggling, and a fourth girl trailing along behind them, excluded. I heard boys call the unathletic boy a loser when he fumbled the ball. I heard little girls say: "You can't be our friend" to a cabin-mate. Worst of all, I saw counsellors ignoring the bullying. I felt awful about the unkindness that seemed normal in kid culture (a feeling obviously shared by many adults, as witnessed by the outpouring of support for Karen Klein, the bullied bus monitor in New York).

The camp I loved, like many camps, was a great place to be – if you were cool. Even more than schools, camps are a petri dish for bullying because peer culture rules and it's recess all day – social aggression can run rampant if the people in charge aren't paying attention. If a camp says they don't have bullying, they're ignoring the problem – and parents have reason to worry.

Peer culture is powerful at camps because many draw kids from the same neighbourhoods who bring their beliefs about who's cool (and who's not) to camp. They also tend to be staffed by people who grew up there.

Who stays around to be staff? The "cool" kids who are unlikely to be empathetic to outsiders, and who are desperate to be perceived as cool by the campers.

That is the law of the jungle that I set about to change.

An anti-bully program isn't something you write in a handbook or talk about once. It's daily attention to kids' relationships, in a structured and planned way. It's not just reaction, it's prevention, too. At Arowhon we pay attention to it every day, every summer.

Each summer our anti-bully program starts with a workshop to sensitize staff about bullying. On the first day of camp, I ask the members of each cabin what they need to feel emotionally safe in their group and have them make a plan if there is bullying.

That evening I tell the whole camp that we are all each others' keepers, with an obligation to act in the face of bullying. I teach them that bystanders can stop bullying if they side with the victim, or even just report the incident to a counsellor. At bedtime, counsellors lead our Anti-Bullying Cabin Circle in every cabin. When kids talk about their own painful experiences, you can see the empathy bloom.

We haven't eradicated the problem; we watch for trouble and intervene promptly. Every counsellor makes a sociogram (a social map) of their cabin twice per four-week session, to show which campers are in and who's being left out. On day five of each session, every camper fills out a questionnaire, which asks, among fun stuff like favourite activities, if anyone has made them feel unsafe.

We've learned that bullying is often more complicated than it first appears. Yes, we still intervene, deal consequences and send bullies home if necessary. But these are last resorts.

When someone reports bullying, we step back from labelling "victims" and "bullies," and start by supporting what is clearly a broken relationship. The "bully" often has no idea how hurtful they were being. Sometimes there's a history driving mean behaviour, and when that hurt gets voiced it's defused, like a bomb that loses its detonator. Sometimes bullying is a power grab, and bringing it out in the open yields better behaviour, perhaps because if that child talks about their vulnerability, they feel less compelled to make someone else feel small.

We once had a camper who was viciously bullying her counsellor; when I asked her why, and what she was feeling, she said the counsellor bore a strong physical resemblance to her dad's new wife, who was keeping her dad from his kids. As soon as she said it, her hostility evaporated.

There are no magic pills to make everyone get along. But bullying thrives on silence. When we help kids talk about what's broken in their relationships, they tend to figure out how to fix it.

I have had incredibly moving moments, hearing a 14-year-old girl say to another girl: "I heard you calling me a bitch and a slut in the bathroom last night." The other girl cried quiet tears while she responded: "I am so sorry, I just didn't think about it." And then she did it again that night.

We check in daily with the victim, the counsellors and the bystanders. And in this case, when I asked the victim if it was better, she said no. When I asked the bully why not, she talked about being bullied at school, and that the girl she was bullying was friends with the school bullies. They both cried. Apologies happened. After our second conversation the bullying stopped.

Does all this help? We have data. Three summers ago, Catherine Cappadocia, a York University PhD student, did her thesis research at Arowhon. She wrote: "Eighty per cent of campers reported standing up for a victimized peer the last time they witnessed bullying. This is a very high rate of intervention, as compared to observational studies conducted on school playgrounds, as well as other survey-based studies, which have found that only 17 to 25 per cent of peers intervened during a bullying episode. … This high rate of intervention may be attributable to the particular camp setting, which has had a well-established bullying prevention program for over 10 years."

The final night of camp last summer, I saw two counsellors of 14-year-old-boys sitting near a picnic table, where their campers were sitting. I asked what was going on. The counsellors said: "Our boys wrote something inappropriate about a girl on our cabin plaque, and they're writing her an apology letter." The counsellors noticed, cared and seized the teachable moment.

There are so many more smiles now than there were 20 years ago – and this is my joy. Every smile on a child's face tells me it's working.

Joanne Kates is the director of Camp Arowhon and was The Globe and Mail's long-time restaurant critic. 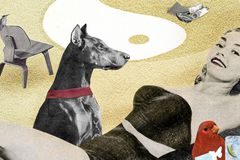