It's 9 p.m. and your son, after dragging you out for a marathon session of trick-or-treating in matching Angry Birds costumes, empties the contents of his pillowcase on the floor. You start sorting through the sugary pile.

There are dozens of candy kisses, handfuls of caramels and lines of Rockets.

And then, what's this – a pocket-sized New Testament?

Don't be surprised if you find one of these in your kid's Halloween haul this year. Christian groups are turning up the volume on God's message on Oct. 31 in an effort to counter growing participation and spending on Halloween. A survey conducted by BIGresearch for the National Retail Federation in Washington suggests 67 per cent of Americans plan to celebrate Halloween this year, up from 64 per cent last year. The average person will shell out $72.31 on candy, costumes and decorations (up from $66.28 in 2010).

And proselytizing is becoming a greater priority for many Christians for another reason: Their numbers are steadily declining on both sides of the border. Statistics Canada predicts that, by 2031, the population claiming "no religion" will reach 21 per cent (in 1971, only one per cent claimed to have no religion).

The strategy to hand out Bibles instead of candy is part of Jesus Ween, a campaign organized by a non-denominational team of Christians in Calgary in which participants are encouraged to spread the gospel instead of Glosettes on Halloween night. It began with one pastor at a local church handing out 40 Bibles to trick-or-treaters in 2002, and has since expanded in a continent-wide movement that attracted 200 churches and thousands of participants last year.

After a rash of media attention in the United States in the last few weeks, Pastor Paul Ade, one of Jesus Ween's organizers, says his team can't keep up with demand for information packs from other Christians. "We love putting Bibles in kids' bags," he says. "We're about bringing Jesus into Halloween."

If participants wish to hand out Tootsie Rolls with the New Testament, that's fine, he says. It's not the candy part of Halloween he takes issue with, but the fact that the history of Halloween is rooted in figures who are "not Christian-like [or]God-like."

"We celebrate life, not death," he says.

And they've chosen this day for a reason. While many Christians proselytize during other times of the year, Halloween presents an easy opportunity to promote the faith since kids are knocking on strangers' doors anyway.

While Jesus Ween has been popular largely with adults who answer the door on Oct. 31, dozens of Baptist churches across the continent have focused their attention on creating alternatives for kids – providing a haven from the elaborate heathen displays at houses, the spooky music, the evil costumes.

Whyte Ridge Baptist Church in Winnipeg is hosting a fall carnival on the evening of Oct. 31, with games, activities, prizes and candy.

The First Baptist Church in Olds, Alta. is hosting the Pumpkin Panorama Pizzazz Party that night, which promises "candy, inflatables, games and food." While the church encourages candy donations for the event, it advises attendees on its website: "Please refrain from donating candy with seasonal characters."

Mike Smith, the youth pastor at Central Baptist Church in Brantford, Ont., says his church also tries to get away from traditional Halloween iconography at its annual Community Fun Night, also scheduled for Oct. 31. Last year more than 200 people attended the event and only about 50 per cent were from the congregation, Mr. Smith says. In the past six years, the event has featured carnival games and pony rides, but you won't find any witches, ghosts or jack-o-lanterns (historically carved to ward off spirits) there.

"It's to celebrate the harvest and it's a fun time. Some people mean it for evil – we don't," he says. Kids are encouraged to dress up, but if it comes down to a choice between a character in Toy Story or Twilight, the church prefers the former.

"If a kid came and was dressed up as a ghost or a ghoul, we wouldn't turn them away. With our own children and whatnot, we don't promote, 'Hey, dress up as a dead guy!'" he says.

I dress up my dog for Halloween
October 16, 2009
Deliciously creepy Halloween treats
October 27, 2010 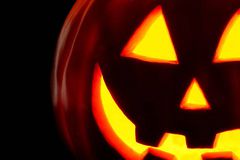 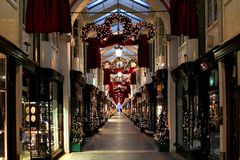 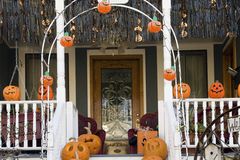