Like fireflies in the night, smartphone screens suddenly appear when the lights dim for the video presentation at Camp Tanamakoon's annual Toronto luncheon.

Most of the first-time campers are too young to have phones of their own, but a few seasoned older sisters and parents, there to hear about the experience awaiting their daughters, are checking theirs on the down-low.

There will be none of that, ostensibly, once the girls are in Algonquin Park as of June 29. Like most camps in Canada and the United States, Tanamakoon bans personal electronics among campers.

In past years, this policy didn't warrant a mention at the orientation, but this time the message is clear: "We don't need technology and we're proud of that," director Patti Thom says, adding that three staffers are on site to reply to parents' phone queries within 12 hours.

But how long can Tanamakoon hold out? In 2011, a survey by the American Camp Association revealed that less than 10 per cent of camps let campers use their devices. Two years later, that number had nearly tripled. Indeed, few topics are hotter in the multibillion-dollar industry, where the slippery slope of digital permissiveness is seen by many camp directors, and parents, as the beginning of the end.

But the end of what, exactly? What is lost, or gained, by allowing smartphones?

For most of us, and particularly for parents, negotiating a healthy amount of screen time is an ongoing struggle, but overnight camp, which has traditionally offered kids autonomy, a retreat into nature and the chance to forge new social skills, poses a particular challenge. The debate around whether to keep camps tech-free underscores the broader question of what we gain when we unplug.

"Our children don't have an experience of the world without the Internet, so we have to engineer that for them," Michael Harris, author of The End of Absence: Reclaiming What We've Lost in a World of Constant Connection says. Add to this the widely documented connection between unfettered exposure to nature and childhood development, "and this digital detox becomes all the more valuable."

But as much as purists may wish for their children to have the same experience they grew up with, it may not be a realistic expectation in a competitive industry.

Camps that eschew digital devices will inevitably see enrolment dwindle, says Steven Fine, chairman of the Canadian Camping Association's National Research Committee and director of the Hollows Camp near Bradford, Ont., which for eight years has allowed cellphone use for an hour after lunch.

In fact, many of the 14,000-odd overnight camps across Canada and the U.S. are already suffering, he adds. "Kids are going to choose to go elsewhere if they can't bring their cellphones with them. If a child tells his parents he would rather go to, say, a circus day camp in the city, his parents will listen. Mom and Dad might even feel it's better that way because they want to stay connected to their kids."

For thinkers like Harris, though, there's more at stake here than the survival of an industry. The "digital detox" most camps continue to provide, says the author, "helps kids to think critically outside the algorithmically sanctioned digital sphere, see themselves more clearly and connect with others in a more sincere way. We become better social creatures when we become more anti-social in our device use."

Hanna Lewis has seen this for herself. Before her third summer at YMCA Camp Pine Crest in Muskoka, the Grade 10 student was given her first cellphone. At the time, she says, she wanted to bring it with her, but camp policy – and her parents – changed her mind.

"If they bring cells, they could be so engrossed in sharing every moment of their trip that they're not present for the trip itself," her mother Heather says.

In the end, Hanna decided not to sneak her phone into camp – as several of her friends have done – and found she was better off without it. "Rather than texting people back home, not having my phone lets me bond with the people I meet at camp," she says. "That's really important to me."

Other campers, however, just can't let go. "Some kids will hide their phones and use them when they are alone, like at night in the cabins," Hanna says. "These are the ones who don't usually come back."

Summer camp traditionally gives kids a chance, once away from home, to make decisions for themselves, and some institutions have decided not to ban smartphones, instead choosing to factor them into a lesson in self-control. In 2013, the Longacre camp near Newport, Penn., started giving fortnight campers full use of their cells after their first week at the property. According to director Matthew Smith, feedback from parents revealed that many supported a device ban to give kids a break from their tech toys and to help them moderate their behaviour. "But what they found was that banning phones exacerbated these problems because their kids were so excited to get their devices back when they got home," he says.

Longacre's policy actually teaches responsibility and moderation, he adds. "The first day the kids get their phones back is miserable, but after that it really tempers. For every kid who is happy to have theirs back, there's another who is worried they'll lose what they had in that first week. As soon as I heard that, I knew we'd be okay. They use their devices less, and by the end of the second week, it's really a non-issue. It's the adults who make it an issue."

The Stomping Ground, a week-long camp at a rented facility in western New Jersey, goes even further. "We don't expect campers to sit in their cabins all day with their Internet devices, but if that's what they want to do we won't stop them," director James Davis explains. "Camp shouldn't be so different from the rest of the world. When we intervene and create environments that are structured and prohibitive, it really takes away a lot of the decision-making power kids have."

The policy at Longacre is about getting ahead of the curve, Smith adds. "If we're going to allow devices in 2018 or 2020, when wearables will be all the rage, why not start now? What is the drawback to learning how to handle it?" 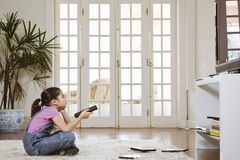 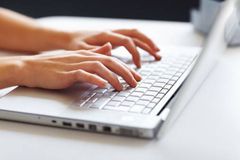