The following is an excerpt from Unfinished Business by Anne-Marie Slaughter, the president and CEO of New America. Ms. Slaughter was the first female director of policy planning in the U.S. State Department and former dean of Princeton's Woodrow Wilson School of Public and International Affairs.

Today, many feminists focus their attention on a single problem.

It's not quite the glass ceiling, or even the "sticky floor," a term coined in the early 1990s by sociologist Catherine White Berheide to mean women who are trapped in low-wage jobs without much hope of professional advancement.

Women have broken through the corporate ranks in most industries and professions; they have risen in politics, universities, foundations, and many other leadership roles.

Instead, the problem is the Great Stall, the barely perceptible increase in the percentage of women leaders in all these institutions since the early 1990s. We seem to be stuck at 15 per cent, rising to 20 per cent in good industries and falling to 5 per cent in bad ones.

This stall galvanizes many feminist scholars and public figures today. Fifty years after the second wave of the feminist movement roared into life, girls are raised to believe they can be anything they want to be. They pour out of top schools with great credentials and flood into the work force. But the growing numbers of talented women who start out on professional career tracks just make it more frustrating to see how few actually make it to the top.

I too have been primarily focused on this problem for much of my adult life, and indeed I wrote my 2012 Atlantic article, "Why Women Still Can't Have It All," to address this specific issue. Since then, however, I began to realize the ways in which focusing primarily on women at the top, while understandable from the perspective of wanting women to have access to the levers of economic, political, and social power, creates a distorted lens. It is as if we were to diagnose a disease by examining the symptoms in only one part of the body.

If the ultimate goal is the real equality of men and women, then it's vital that we look at the situation of all women.

Widening the lens beyond the ranks of women with professional careers reveals an unlovely symmetry. We see far too few women at the top, yes, but we also see far too many women at the bottom. The statistics are equally jarring in both directions. Women hold less than 15 per cent of executive officer positions in Fortune 500 companies and 62 per cent of minimum-wage jobs. As a result, one in three adult women is living in poverty or just on the edge of poverty. For single mothers, the picture is particularly bleak. Almost two-thirds of them are working in dead-end, poorly compensated jobs without flexibility or benefits.

In looking at the stark facts of women at the top and at the bottom, a common pattern in their seemingly disparate experiences begins to emerge. The key to that pattern lies in two complementary human drives: competition, the impulse to pursue our self-interest in a world in which others are pursuing theirs, and care, the impulse to put others first.

These are the two great motivators of men and women alike. Anthropologists, sociologists, psychologists, and now neuroscientists study the ways in which different impulses in our brains and the resulting behaviours have allowed the human race to survive and progress.

We fight with one another and strive to outdo one another in ways that push innovation and change, but we are also social animals who need relationships and human connection to thrive. Indeed, anthropologist Sarah Blaffer Hrdy observes that the capacity for caring about strangers is so unique to humans that "along with language and symbolic thought this capacity for compassion is quintessentially human." Indeed, it is "what … defines us as human."

Yet if they are two equally valuable and necessary human drives, it is no more justifiable to value the production of income over the provision of care than it is to value white over black, straight over gay, or men over women. Competition produces money. But care produces people.

Think about it. Countless women have described the ways that they became invisible the minute they left paid work to take care of their children or other family members. Sociologist Pamela Stone quotes Maeve, a 52-year-old former lawyer, on this point: "It was like all of a sudden I didn't exist. You know, six months ago I was working in the U.S. Attorney's office doing all this hot stuff. My name was in The New York Times. … Now I'm nobody."

"Nobody." In other words, if all you do is care for other people, an activity just as if not more essential to the survival of the human race as earning an income, you lose your very identity as a person of value.

Now consider the woman at the bottom. She is likely to be a single mother who has no choice but to be the sole breadwinner and caregiver for her family. Half of single moms in the United States make less than $25,000 a year. Yet today we don't provide affordable daycare, early-education and after-school programs that take up the caregiving slack. We don't provide paid leave that any worker can use when a child is sick. The result is that a mother with dependent children must patch together an unstable and unreliable network of caregivers in ways that sharply hamper her ability to succeed at her job and climb out of poverty.

Not valuing caregiving is the taproot, the deeper problem that gives rise to distortion and discrimination in multiple areas of society. When we open our eyes and change our lenses to focus on competition and care rather than women and work, we can see new solutions and new coalitions that can open the door to progress and change.

When we stop talking about work-life balance and start talking about discrimination against care and caregiving, we see the world differently. We see a link between a post-maternity leave flextime mother who gets less interesting assignments for less important clients and an employer's refusal to provide sick days, personal days or any flexibility to a working mother (or working father) in the first place. In both instances the workplace is discriminating in favour of workers who can outsource caregiving to someone else. And in both cases employers are assuming that it is impossible to be both a committed caregiver and a good worker. But why should that be? The least we can do is to force employers to justify that assumption.

The motherhood penalty is a prime example of discrimination against caregiving, a bias that operates up and down the income scale. Though the consequences are far worse for poor women, still, in relative terms, the "pauperization of motherhood" at the bottom parallels the penalization of motherhood at the top. If we truly valued caregiving – thought that it was not only necessary but important and valuable and hard – we would make every effort to accommodate and support it and judge workers based not on our assumptions but on their results.

Valuing care also offers a compass to a new set of workplace and national policies, which should include, among other things, paid family and medical leave for both women and men, community support structures to allow elders to live at home longer, significant investment in early education, and financial and social support for single parents.

Challenging employers, politicians, and ordinary citizens to explain why, exactly, it is more important and valuable to compete with one another than to care for one another, forces a hard and searching look at what we say but do not do, what we assume but won't admit.

Closing the gender gap: How we can prepare our daughters for the negotiation backlash
July 23, 2015 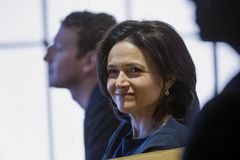 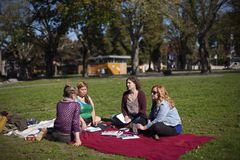 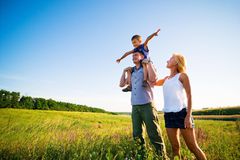