Teaching Canadian children about consent has gone well beyond simply "no means no," but there is still much more work to be done in what and how we teach young people about their sexuality if we want to prevent sexual assaults, experts say.

"What we're teaching them is that it needs to be an ongoing conversation," says Noon. "It doesn't have to be, 'Okay, well, stop what we're doing here. Let's get the forms out.' It doesn't have to be like that. It could just be a series, as they go along, of simple questions like, 'Do you feel comfortable? What are you into? Are you cool with this?'"

Read more: The next frontier in consent: Better sex

"Absolutely, non-verbal cues and things like voice tone are part of that picture," she says.

Unfortunately, she says, the sex-education curriculum in British Columbia has not caught up with the times and the need to inform young people about the issue of consent.

"In the curriculum for Grade 7 there is nothing about teaching consent," she says. "In Grade 8 and 9 it could fall under the heading of 'health sexual decision-making.'" But, she says, there is no explicit requirement to address the topic.

"The provincial curriculum in Alberta – all it says is, there is a ministerial directive that says you must teach sexual health education. It doesn't say who teaches it, how many hours of instruction [it must include]," Krause says.

Ontario's new health and physical education curriculum, introduced in 2015, weaves in the concept of consent from Grade 1 onward, says Tammy Shubat, director of programs at Ophea, a not-for-proft group that advised the province on the curriculum.

In Grade 1, that could mean learning when it is okay to touch other students, Shubat says.

From Grade 6 onward, the curriculum explicitly addresses consent, with students learning that consent must be affirmative and continuous, as well as how to understand non-verbal signs.

While it is certainly good that young people are being taught affirmative consent, sex education should have a much broader scope, says Jen Gilbert, an associate professor of education at York University in Toronto.

"Consent isn't a magic bullet. It's not that if we just talk about consent then we'll somehow prepare young people to avoid sexual assaults. It's one piece of a larger educational effort," she says. "Really, education should be about everything that happens before consent is given or received – that we help young people really think about and take risks with their sexuality so that they feel comfortable advocating for themselves but also knowing what they want and don't want."

That need not only be about sex, but doing more to empower young people in general, Gilbert says.

Krause says she would like to see schools devoting more time in sex-education classes to "building and sustaining healthy relationships."

But the fundamentals of affirmative consent – that it is an ongoing dialogue based on mutual respect, that it must be voluntary, that people must learn to read not just words but actions and context – cannot be overstated, she says.

"What it really is, in a very basic way, is being able to communicate about relationships and sex, and being able to make decisions that feel good for yourselves," Krause says. "It seems fairly basic, but those have been pretty big voids in the sexual-health education most Canadians have received."

The next frontier in consent: Better sex
January 22, 2018 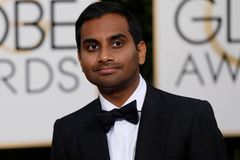 How a holiday memo from the Girl Scouts on hugging opened up a debate on consent for children and families
December 17, 2017 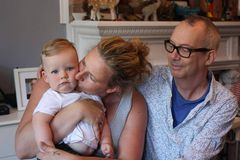 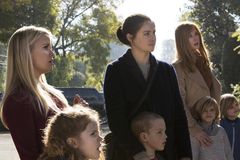