Laura Henry knew things were not okay with her 13-year-old son, Khaden. Like most parents, Henry is an expert at reading her child's smile, studying each prideful beam and bashful grin for signs that he's truly happy. And from looking at recent photos, Henry could tell that Khaden was self-conscious.

Last year, the family's dentist said Khaden would need braces to straighten his teeth and fix spacing issues. Henry and her husband delayed a bit because of the cost, but finally shelled out nearly $6,000 for the orthodontics last month. None of it was covered by insurance, making it a "huge hit" financially, Henry says, but what price can you put on a kid's self-confidence?

Braces once carried a stigma among teens ("Hey, metal-mouth!"), a hangover from 1980s teen movies that portrayed them as only for nerds. But while Gen X's image of a brace-face might still be a spitty Anthony Michael Hall in The Breakfast Club, their kids are currently enthralled by models such as Charlie James, a 17-year-old whose braces haven't stopped him from walking runways for the likes of Karl Lagerfeld, and Kitty Hayes, also 17, whose face fashion bigwig Carine Roitfeld put on a recent magazine cover, train tracks and all.

Among the tween and teenage set, orthodontics have gone from stigma to status symbol. The number of North Americans 17 and under receiving orthodontic treatment has nearly doubled in the past two decades, from slightly more than 2.6 million in 1989 to more than 4.6 million in 2012. Braces have also become sought-after symbols of wealth everywhere from Brazil to Indonesia.

Of course, adults are chasing the perfect smile too. These days, every actor, model, musician and even TV news presenter has gleaming white teeth, whether through extra-strength whitening kits (sales of which went up an insane 500 per cent in Britain in 2013) or thousands of dollars invested in Invisalign's clear teeth aligners.

But image-conscious teens are more likely to succumb to peer pressure than most adults. There's been a boom in online videos of how to make fake braces – using everything from paper clips to earring backs to super glue – some viewed millions of times on YouTube. Fake braces are sold online and by some street vendors in Asia: In Thailand, the government cracked down after fake braces – some of which contain lead – were linked to the deaths of two teenagers in 2012.

"When I was a kid, unless you looked like Quasimodo, you weren't getting braces," says Dr. Donal Flanagan, who has specialized in pediatric orthodontics for 20 years. At his Vancouver clinic, PDG Dental Group, Flanagan often sees new patients who have some "crowding" from teeth that are twisted or displaced due to lack of space, but otherwise have a functional bite: Their teeth and jaws work perfectly fine, even if they aren't totally straight.

A decade ago, he would tell the parents there was no need for braces and never see them again. "But now, teenagers have a different expectation as far as what teeth should look like. They have much more expectation of perfection," Flanagan says.

For many parents, insurance coverage is the deciding factor: not only for those struggling to pay for orthodontics, but for those with coverage to pay for them. On Twitter last month, one Winnipeg father told me he wasn't going to waste what he saw as free money. "Between two insurers we had $6 [thousand] sitting on the table that could only be used for braces. Not walking away from that," he wrote.

Three years ago, Elyse Henry's then-14-year-old stepdaughter was feeling peer pressure to fix her teeth from friends who were in braces themselves. "Her teeth were a little bit crooked in the front. Nothing severe. It was just purely a vanity issue," says Henry (no relation to Laura and Khaden), who lives in Vancouver and had braces herself as a child.

Luckily, Henry's job with the federal government comes with a dental insurance package that covered $2,500 of the $6,200 total cost. That made the decision much easier. "I said, 'If that's going to help you feel better about yourself, then that's what we'll do,' " Henry recalls.

Of course, not all problems are purely cosmetic. An anterior crossbite, where an upper front tooth comes in angled behind the lower teeth, can cause bone loss and gum recession. Underbites, which can cause speech problems, enamel erosion and joint pain, can only be corrected with orthodontics up to the age of 10, after which surgery is required. The American Association of Orthodontists recommends that children be screened by the age of 7. Although the Canadian Association of Orthodontists (CAO) doesn't have an official position on age, "we do recommend early screening," says Helene Grubisa, president of the CAO.

Orthodontics can also be used to correct issues that go far beyond appearance, including breathing problems that can be caused by arches that are too far back. They can even help with wider skeletal development issues, says Dr. Ajeet Ghumman, co-owner of Dental Works 4 Kids, in Maple, Ont. "It's way more than just aesthetics," he says. The majority of the cases his clinic sees are "almost all functional in nature."

Luckily for both those who need them and those who just want them, braces themselves aren't as painful or ugly as they used to be. Orthodontists aren't in such a rush to apply strong pressure with teeth adjustments, so kids don't have to wear head gear any more. Appointments that were once every four weeks can now be stretched to every six, eight and sometimes even 12 weeks.

"The braces themselves are smaller; they're nicer looking. There are colours to them, there's clear ones," Grubisa says. She only had one or two classmates with braces when she was a child. "Now if you go in to a Grade 7 or Grade 8 class anywhere in the GTA you probably see a third of the kids with some kind of orthodontic appliance in their mouth. I think that a lot of the stigma has gone away."

And getting your braces off doesn't mean the pursuit of a perfect smile is over. Often, Flanagan says, it's just the beginning. "Most of these kids, you take their braces off and the first thing they ask you is, 'Can I bleach my teeth now?'"

Braces are just the tip of the orthodontal iceberg. Here are three common appliances that can do incredible – if sometimes painful – things.

Rapid palatal expander: Predominantly used to fix crowding issues, a palatal expander widens the upper jaw. It comes equipped with a screw that users actually turn with a key.

Pendulum: A pendulum is similar to a rapid palatal expander, but it also has a component to push back the upper molars. For people with serious crowding issues, it can prevent having to get teeth pulled right out.

I hated wearing braces. Can I spare my daughter the same pain?
April 26, 2013 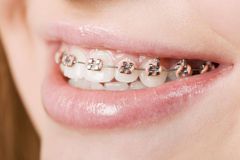 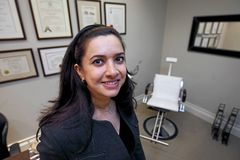 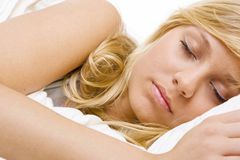