OMG, how do you do it? I saw the photos in your new cookbook, and you're all fresh-faced and piano-toothed, dreamy in a wheat field and floppy straw hat like a sun-kissed 17-year-old tennis instructor. But in fact, you're a busy 40-year-old actressmothersingerlifestylebrand who still makes time to while away an afternoon cooking chicken and turkey sausage paella over a campfire! Inspire me, much?

BTW, I think it's totally excellent that you called your cookbook It's All Good, even though this is one of the "Expressions Banned For Meaninglessness & Irritation" that Dave put up on the family memo board, right above: "It is what it is," "Wasssupppp?" and "Sorry, we just don't have any positions open right now." You probably don't care what other people think anyway, and more power to you! You're Gwyneth! You will not be stopped!

You use your life to help us better our own, and this is my thank you letter for that, Everywoman. Still, as you embark on your book tour, I wanted to offer a tiny bit of advice, average mom to average mom. First, if I might, there's something about that title – and maybe the hat – that could come off as a little... oblivious. I'm not saying that if I were Anne Hathaway, with the mob closing in, I'd find high ground and point in the distance: "Look! Over in the kale patch! It's Gwyneth Paltrow! THAT WAY!" Okay, maybe I am saying that.

I tell you this because I know that in your friendships with Beyoncé and Cameron, you demand honesty and compassion, and tight abs. In that spirit (except for the abs – work in progress!), I want to remind you, gently, that Jezebel once called you a "tone deaf Marie Antoinette." Sometimes you come off as a little too fortunate: too blonde, too tall, too born into a celebrity family, too married to a rock star. Okay, so you wanted to sing and write cookbooks, but did you have to open a hair salon in L.A., too? Leave something for the rest of us, Gwynnie! :)

I would never say this, because it brings way too much negativity into the world, but the word among the moms is that you've gone from being a fine actor to a yoga-panted huckster. Ouch! But I admit that even I – a true self-helper and Oprah-misser – am a little ambivalent about the promises you're selling. (Dave just said: "Change 'promises' to 'lies.' " Unemployed shoulder reader!)

I know that you've always been about becoming the best you possible. Vegan. Macrobiotic. Kabbalah. Cupping. Daily three-hour workouts. Thank you! And thanks for your BFF-website GOOP, where I recently gobbled down the spring fashion makeover for women with "busy lives," especially hearting the Jimmy Choo heels and crop top. Did you see that funny blogger who added up all your suggestions and found out that wardrobe would total $450,000? Tee hee! Laughter's good for the soul – and the complexion. But probably not as good as the cleanse you sell for $425. BTW, Dave was just looking at GOOP and said: "This is parody, right?" Guys!

Still, Dave has a point, which is to say: Maybe don't wear the $570 Acne booties when you're on your book tour, shaking hands at the last remaining Barnes & Noble.

I don't at all mean to diminish your growth. I was genuinely sad to read in the intro to It's All Good that a year ago your arm started to shake while serving lunch to friends and family in your butterfly-dotted London garden. So relieved it turned out to be only an anxiety attack. So glad you had all those tests to find out your Vitamin D was low and other "physical manifestations of stress." What working woman doesn't get run down? I told my boss I'd like the afternoon off when I had that juicy case of pink eye, but he just told me to turn my chair toward the wall (cubicle mate = angry). Oh well – an opportunity not to be such a perfectionist.

Anyway, I'm so sorry to hear that Apple, Moses and Chris have also been diagnosed as gluten, dairy and egg intolerant. Thank God for the "elimination diet" your army of doctors assembled. It's never too early to project onto children the kinds of restrictive eating and lifestyle habits demanded of Hollywood actresses. Fingers crossed that the quinoa and chia-seed recipes will help our Jaden with his MS.

Because you're such a lover of reading (though Crime & Punishment suggestion = long), I wanted to recommend a book; something to read in the Hamptons? It's called Self-Help Inc., and this professor named Micki McKee writes that self-improvement is the only "reliable insurance against economic insecurity." You know how it is these days: At any moment, you could get laid off; shrinking social safety net; everything's so uncertain. It's like: I better be ready to put my best self forward at any moment, gluten-free, mentally balanced and buff. McKee writes about "expressive" self-improvement, and it sounds like what you give me/us: something slightly spiritual, comforting, New Agey – a kind of fantasy sanctuary to stave off the harsh realities of life.

So – thank you. You've taught me that it doesn't matter what advantages a person might have had before the now. And forget what I said: Call your book whatever you want. You've earned it. And who cares if the foreclosure means I can't afford the bee- venom therapy you swear by? A life like yours is possible for anyone! It really is all good! 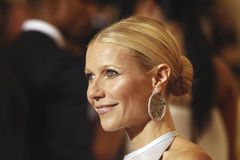 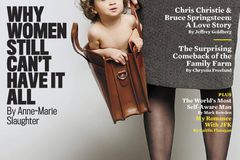 Beyoncé rebranded: Why calling herself Mrs. Carter is her most daring persona yet
February 7, 2013 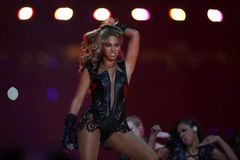