As an American expat in Paris, Pamela Druckerman had a lot of adjusting to do. Kids the same age as her toddler daughter could sit still in restaurants without crayons, electronic devices and chicken nuggets. Parents reported their newborns slept through the night. And the mothers all seemed so calm and well groomed.

She did what any self-respecting author would do – she started carrying a notebook in her diaper bag to get to the bottom of it. In Bringing Up Bébé: One American Mother Discovers the Wisdom of French Parenting, the mother of three explores the roots of the strict yet laissez-faire parenting style.

That's what happens [laughs] My book doesn't say that all French children are all perfectly behaved or that French parents have an easy time. Parenting is messy, imprecise, improvisational business. But I do think there's some value in looking at your culture from the outside.

Are French parents aloof or strict? Or both?

I felt like I was solving a mystery with all these contradictory clues. I'd ask parents of young kids, "What do you do?" They say, "All I do is observe my child." I didn't know what they meant. What they meant is they want to be the boss, but they also want to be in tune with their child's subtle clues.

How does that translate into babies who sleep through the night early?

French parents would say 'My baby slept through the night at two months old' and I'd say 'How'd you do that?' They'd say, "He just did it by himself." They didn't know how to explain it.

What they did was something I call The Pause. When even a few-weeks-old baby cries at night, they watch and wait for a few minutes. They don't just rush in and pick the baby up. They want to know whether the baby might connect his sleep cycles on his own.

I realized that behind this idea of The Pause is another idea, which is that even a newborn baby, who needs a lot of love and care, is also a rational person who can learn things. You credit the child – for example, with food – to be able to appreciate all kinds of different flavours and not be ghettoized into kids' food.

So French kids aren't as picky as North Americans?

You have a glossary in the book and "bonjour" is in there. What's the big deal about teaching your children to say hello?

Part of it is just being polite. But pretty much every parent I talked to about this said that it humanizes their children. Children are naturally quite selfish; they think they're the centre of the world. Saying hello and acknowledging another person brings them out of their bubble. That's a really crucial evolutionary stage for the child.

But at the same time, there's also a kids-only French swear that kids are allowed to say – caca boudin (literally, poo sausage)?

My husband and I were confused; my daughter just started saying it. We didn't know if we should let her say it or not? It turns out it's kind of empowering for kids to have their own curse word and to be trusted with it, to say it at some times and not at other times. It's a microcosm of the way they trust kids to handle themselves in certain situations.

Is there a retro element to French parenting?

Some of it's old-school – the idea that parents are in charge. There's also this new psychotherapeutic stuff about listening to children. It's about having the child "awakened" and "stimulated." In North America we tend to focus more on the stimulation side of it.

The differences seems to start with attitudes around pregnancy. You write that women aren't guzzling wine and smoking like chimneys, but are they are more relaxed?

I immediately panicked when I got pregnant. I was thrilled but I immediately thought about everything that could go wrong. The French are much calmer.

And they also avoid buckets of ice cream.

You're still going to come out of this a woman. You're not being transformed totally into a mom. There's no reason why you won't be attractive and sexy. The reigning idea is no one part of your life should overwhelm the other parts.

We let it get really bad, then declare we need a date night.

The French think that's a bizarre idea. Every night parents think their adult time is sacrosanct. Guilt exists in France and women do battle with guilt. They do have much more social support but they have a different relationship with it. They try to banish it, whereas we, in a strange way like it.

Do they do the I'm-such-a-bad-mom shtick?

The French think there's no reason to contaminate your free time with guilt.

French culture is less friendly, the school system can be much more rigid. I'm told that the system doesn't encourage creativity; it's much more focused on making them analytical rather than expressive. There's no way American parents are going to become just like French parents. I'm trying to open a window onto a different society.

Around eating and food they're more French. But they have more tantrums. 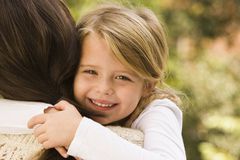 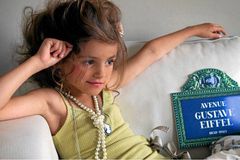 French and English look different to babies
May 25, 2007
Follow Tralee Pearce on Twitter @traleepearce
Report an error Editorial code of conduct
Due to technical reasons, we have temporarily removed commenting from our articles. We hope to have this fixed soon. Thank you for your patience. If you are looking to give feedback on our new site, please send it along to feedback@globeandmail.com. If you want to write a letter to the editor, please forward to letters@globeandmail.com.
Comments