When Erica Kloetstra's six-year-old daughter started expressing an interest in dolls, the mother of two knew she wanted her to play with one that was distinctly Canadian.

"I just wanted something that fits with our heritage and our family," says Ms. Kloetstra of Waterloo, Ont., an American who became a citizen in 2008, after marrying her Canadian husband. "Anywhere in Canada, you can get lots of things that are Americanized, but not a lot of stuff that celebrates being Canadian and taking in your culture."

She searched the Internet for "Canada + doll" and Maplelea Girls popped up. The line of Canada-themed dolls are this country's answer to Mattel's American Girl, a wildly popular brand of dolls that represent different historical periods and ethnicities. The success of American Girl led to spinoff products, including books, accessories and a Hollywood movie.

The Maplelea Girls hail from a variety of provinces and backgrounds, and 50,000 of them have been sold since their launch in 2003. They have a range of hobbies and interests, including ballet, science, outdoor activities, drawing and environmentalism. There's Salia, from Iqaluit, who comes dressed in a zip-up vest and traditional kamik footwear. And Alexi from Toronto, who has darker colouring "is set up for an urban adventure," according to the Maplelea website, in denim flared pants and orange T-shirt, and "wonderfully comfortable brown suede mules."

Looking at the six Maplelea Girls in a lineup (there's also Taryn from Banff, Brianne from rural Manitoba, Jenna from Lunenberg, N.S., and Léonie from Quebec City), it's clear that some stereotypes are at play. But as a whole, do they represent what it means to be Canadian? Can you define a national identity in a 46-centimetre plastic doll?

"Just like American Girl cannot solve all of the questions about history … [Maplelea Girls] is an introduction," says Stevanne Auerbach, a U.S. toy expert and author of Smart Play/Smart Toys: How to Raise a Child with a High PQ. "And in that sense, it's just getting girls interested in learning more about their region that they live in, learning more about their community."

Ms. Kloetstra, who writes the lifestyle blog bassgiraffe.com, says the doll has provided a starting point to teach her daughter about what it means to be Canadian. She chose to purchase Salia, which came with a journal written in Inuktitut, as well as French and English. "I thought it would be cool to show her the writing," she says. Ms. Kloetstra's great-grandmother was Cherokee, so she liked that the Salia doll had a connection to native culture. "She's still young, so she doesn't totally grasp it. But she tells people 'This is my Canada doll.' "

For Kathryn Morton, president of Avonlea Traditions Inc., which created Maplelea Girls, the doll collection was about "packing as much diversity as we could into those characters." Research into the demographic makeup of cities informed the creative decisions.

"We looked at population statistics in Toronto [and decided] that girl should have darker skin, hair and eye colouring," says Ms. Morton.

Having a line of dolls that partially reflect regional stereotypes can be both good and bad, says Rebecca West, a cultural studies professor at the Columbia College, Chicago. "If there are particularly negative or positive stereotypes attached to any of the areas these dolls are from, the child and parent will project them onto the doll," which may end up reinforcing those pre-existing ideas, she adds.

However, representing differences in a doll can also help children learn about people who are different from them, Ms. West says. "The collection as a whole, the variety of dolls and the differences between them, is positive."

And Maplelea Girls' emphasis on a national identity may make them more positive than American Girl dolls, she adds. "Even though all these dolls are from separate areas, one thing that comes out is that these dolls are actually Canadian."

"Most Canadian companies take the Canadianisms out," adds Ms. Morton. "If you show a maple leaf you are not going to sell it to the United States."

Toronto's Deepika Malik, a mother of two, says just living in a diverse city provides more of an education on identity than a line of dolls could. She finds the Maplelea Girls' personalities and narratives unimaginative. "Maybe it's because I'm in Toronto. My child goes to an inner-city French school and it has a hugely diverse population. We live in Little Portugal. I'm not sure that she would really identify with such specific provincial representations."

The CBC has been in the business of reflecting Canada to Canadians for decades, and the current installation of their flagship children's programming, CBC Kids, features a number of regionally aligned characters that were introduced in 2007, including Saumon de Champlain, a salmon from Quebec City; Drumheller Dinosaur, who is named after an Alberta town in the heart of the Badlands; Captain Claw, a lobster lighthouse keeper in Peggys Cove in Nova Scotia; and the most popular puppet, Mamma Yamma, a fruit and vegetable vendor in the Toronto's Kensington Market.

Kim Wilson, creative head of CBC Children's and Youth Programming, says creating well-rounded characters is key when appealing to kids. "Kids love to see themselves reflected," she says. "Regional characteristics are just one of so many diverse qualities of all these characters."

At the end of the day, there's something to having a distinctly Canadian toy, Ms. West says – one that emphasizes both a local and national identity, rather than passively absorbing U.S. culture.

"American culture sort of creeps in and overwhelms other places, and that isn't necessarily a positive thing. There is something lost when places take on the identity of other places. The Maplelea dolls resists that, and I think it's great."

With a file from Emily Smart, special to The Globe and Mail

When did playtime become so political?
January 12, 2012 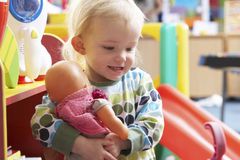 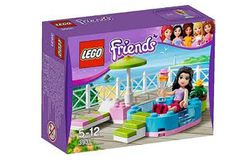