Facebook is full of drama, but parenting groups are particularly special. Things usually start off simply enough: A concerned mother posts a photo of, say, red patches on her baby's bottom, asking for diagnosis and advice.

Someone steps in to reassure her – their child had something similar and "it was nothing." Almost immediately, another parent retorts that the first commenter is irresponsible: Her own child had an identical rash and almost died. Cue the fiercest Facebook fight you've ever seen – until the next one.

Before I became a mother, I never could have imagined that online spaces dedicated to the love-drenched act of parenting could be so dynamic, dichotomous and divisive. Now, as the parent of a three-year-old and a two-month-old, I can say definitively: Facebook parenting groups are some of the most horrid corners of the Internet.

And there are a lot of them: Per a 2015 Pew Research Center study on parents and social media, 75 per cent of parents use social media and Facebook is the most popular platform. While moms and dads use the network to share and stay in touch like anyone else, they're also there for parenting-related information and social support.

When I was pregnant with my first child, I didn't have many friends with children. One added me to a few of her favourite Facebook groups and I was excited to learn helpful information and interact with other parents.

My excitement quickly dissipated into alternating emotions of confusion and annoyance. The first was mainly owing to the endless acronyms flung around without a glossary: "DH," "VBAC," "EBF," "WOH/WAH" – WTF? Even after I learned to decipher "Dear Husband" and "Vaginal Birth After Cesarean," I rarely contributed. My second problem was how quickly even the most innocuous post would devolve into a cesspool of irate comments.

Still, for every five posts that made me hover over the "Leave Group" button, I'd encounter one that actually offered helpful information on feeding picky eaters or healthy conversation about addressing difficult issues with children. I stayed in too many groups for too long, hoping the disparity would even out and make my Facebook scrolling time worthwhile.

Eventually, I realized most of these spaces weren't for me. It wasn't necessarily the arguments over the best way to mash carrots and peas, or even the simple fact that certain personalities just didn't mesh well. The real problem was merely being a parent isn't a long enough common thread to tie together so many different types of people.

That's where many Facebook groups fail – the assumption that because we are all parents (or women, or fans of This Is Us), we'll all be fast-friends is flawed. Groups that aspire to be welcoming to all rarely ever do the work to ensure that all feel included and valued.

That's why Toronto parent Tanya Hayles founded the Facebook group Black Moms Connection in 2015. Originally open only to Canadians, the group eventually opened up to black moms around the world. It now has close to 9,000 members.

"I was a member of a few parenting groups when my son was born until about age 2," Hayles says. "I felt like while there were a lot of things that were universal to motherhood, there were some definite cultural differences."

Hayles's experience of trying to have sensitive parenting discussions as a black mom online mirror my own. I recall one incident in which another black mom shared that her child was called a racial slur at school, only to have a barrage of non-black moms try to minimize the event.

One non-black mom actually commented, "Can admins remove this post? I don't think this conversation is helpful to the overall group." I felt obliged to chime in – not because I had any helpful strategies, but simply to offer support. The discussion left me feeling irate and invisible, even though I wasn't the OP (another acronym: original poster).

Hayles's group has an active admin team with a clear mission to provide a safe space for black moms to speak freely. The admins don't shy away from disagreement, but instead, actively manage it.

For example, have you ever seen a Facebook post that links to a controversial story or meme with the short, unhelpful caption, "Thoughts?" After noting how such passive-aggressive posts often spiralled into fiery comments, admins pushed back, encouraging posters to share their own opinions or inquiries to direct a useful discussion.

Black Moms Connection members are so grateful for the space that some travelled to Toronto from New York and Washington for an inaugural conference in August. Members have requested future events around the globe. It's a model of how a parenting group can thrive. Parenting is political and our overwhelming love for our children, our dedication to our roles and our insecurities affect how we interact. The ability to support each other is priceless, but the ease with which we harshly judge and harm each other is poisonous.

That's especially true when you consider how differences in class, race, sexuality, religion, ability, relationship status and more add to the texture of parenting groups. Honesty is required to meet the altruistic aim of creating a safe space for connection, whether that's a space for parents of all kinds, or for a specific subset of parent.

I'm relieved to have found Black Moms Connection and, for now, I'm not interested in venturing into many other Facebook mom spaces. Until online parenting groups become more responsible and more honest, I have one acronym of my own to share: EATYR – enter at your own risk. 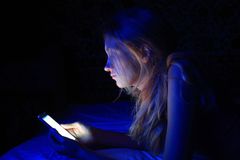 I wanted to introduce my baby to the world, but I feared the cruelty of strangers
May 9, 2017
Teens are avid consumers of news online, research suggests
August 9, 2017 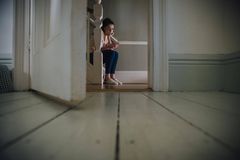