You can't fault the blind optimism of expectant first-time parents. They are understandably excited, if nervous, and they're surrounded by friends, relatives and online authorities who assure them their new baby will usher in a deliriously rewarding new stage in their lives. So it's little wonder that many come to think that, by building a family, they will be happier than they've ever been before.

Is that a reasonable expectation? Isn't that a lot to expect from the burbling bundle you brought from the hospital? To gauge how our expectations measure up against real-life experience, author Jennifer Senior combed research literature and visited dozens of families. In her clear-eyed new book All Joy and No Fun: The Paradox of Modern Parenthood, she argues that it's time to reframe the debate and give ourselves a break.

We spoke to the mother of a six-year-old, and step-mom to 19- and 24-year-olds, from her home in New York City.

Is it a false premise to think that kids should make us happy?

There's that moment in Indiana Jones: "We've been digging in the wrong place." I do think it's a misplaced, 20th-century expectation. Kids reveal to you that you might be worshipping a false god. Is that really what you want? Nothing but bliss and happiness and unfettered enjoyment? Or do you want something meaningful? Kids expose the hollowness of just wanting pleasure only, if you define happiness as pleasure as many people do. I'm much more interested in complexity.

But we want answers. Does the joy, or meaningfulness, balance out the not-fun aspects of parenting?

I would say yes, but I'm not sure life is a ledger anyway. What might be helpful is paying attention to it more. Social science hasn't found a way to appropriately weigh those moments of joy. Do you just say that five dreary moments are cancelled out by one magical one? How on Earth do you apply some algorithm or formula to this?

I'd be happier, frankly, if we just scrapped the question. I like the old-fashioned idea of duty. Just doing things because one has to.

Social science sure can track the mundane "time use" chores, child care and meal-serving we do.

It's good at capturing happiness too. But I think that you have to consign certain kinds of happiness to a separate category. You don't want to say that the great enjoyment you had with your friends at dinner, which you rate a five, is the same as that mysterious moment when your child coos at you in the middle of the night and recognizes you for the first time? That's also a five. They're not the same five.

Which things about having kids are making us the most unhappy?

Number one is a simple matter of economic pressure. As income inequality expands, people become extremely anxious about their kids' future.

Also what is extremely stressful for parents is they don't know what they're supposed to be doing. The role of the child has changed and they've become these sheltered creatures. It used to be that children just were. They were just alongside you. You clothed them, you fed them, you gave them moral instruction, you might have sewed their clothes, grown their food, you might have taught them and tutored them. And in exchange, they worked and kicked stuff in. Your job was not to get on the floor and play with them. There was an actual rational, economic logic to the family economy.

Once that disappeared, no one knew what to do. Absent that, parents do everything. They get down on the floor and play for hours when they used to just let kids play on their own. They feel like they ought to be cultivating these things.

And no one has sorted out how we divide chores now that women are working. There's still no script for that.

It does seem like a lot of the no-fun side of things rests on women's shoulders.

Men as a rule tend to do less deadline-sensitive things. It's not quite as stressful. Yard work is not as stressful and crazy-making as getting the dinner done at a certain hour. We have a shot-clock in our heads of things we have to do. Men get a lot of the fun stuff. Women should think about co-opting the fun stuff. There's no reason women can't put their feet down and say, "Why don't you put this kid to bed? I'll play Monopoly with them. And then I'll sit here and drink some wine while you put them to bed." We could do that.

Which periods of a child's life coincide with the lowest levels of happiness for parents?

Zero to three and adolescence – that's pretty well documented. Teenagers unmask things that have been concealed for a while. For a long time, because your child is loving and warm and thinks you can do no wrong, you can luxuriate in that. But once they're spending less time with you and rejecting you, you have to fall back on other resources. If those don't exist, if your marriage isn't so good or you don't love your job, it's going to be hard. It's this great unveiling.

It's interesting that one of the people in your book with something to teach parents was a grandparent.

She was able to completely enjoy herself in the moment. Sharon was a 67-year-old retiree who had sort of missed the digital revolution - she actually loved e-mail and texting but she knew how to turn it off. She didn't have a job to go to. She was really well-equipped to spend slow time. She was able to be very present with him. It made her retirement rather chaotic, but you got to see through her what it would be like if we could subtract away all of our distractions and be present with our kids.

RESPONSES FROM THE PARENTING GALLERY

Jennifer Senior's new book All Joy and No Fun looks at research and anecdotal evidence suggesting that having kids doesn't make people happier. Does this ring true? How much stock should we place in parenthood as a way to achieve a fulfilled life? The Globe asked parents for their perspective.

– Leanne Shirtliffe, a Calgary mom of two, author of Don't Lick The Minivan: Things I Never Thought I'd Say To My Kids.

"It's a busted flush from the start. We've turned parenting into a cross between competitive sport and product development. Parenting has become, like childhood, a dash to the finish line.

In this culture of soaring parental expectations, parents feel that raising a child is all or nothing. You either have an alpha child who ticks every box, or you have a total loser. Your child is either gifted-talented kindergarten, mensa at age nine, Ivy League at 17 or hoodie-wearing homelessness. So people have a dull swell of disappointment because very few people are exceptional.

"A big part of it is just being present. You're not helicoptering overhead, but you're there. You're in the kitchen fiddling around with supper and they're with you. It's a lighter touch. If you slow down and just let things happen rather than jump in and make them happen, you will have a much richer relationship with your children and yourself. And you'll be a lot happier. Happiness is something that just occurs as a byproduct of a life well lived. "

– Carl Honoré, a London-based Canadian father of two, author of The Slow Fix: Solve Problems, Work Smarter and Live Better in a World Addicted to Speed.

"As one of the many women who are part of a growing trend to have children later in life, I can unequivocally say that having kids has given me more joy [alongside heartache] than I can ever have imagined. It's given me purpose, a stronger sense of self and the opportunity to feel a deeper love than I ever thought possible."

– Erica Ehm, a Toronto mother of two and publisher of YummyMummyClub.ca.

"While we all hate to see someone we love suffer, parents all too often err on the side of doing too much for their children. We try to fix the situation instead of giving our kids the skills to fix it themselves. For children to be happy, they need to be able to deal with the vicissitudes of life and take challenges in stride, building resilience and independence as they go. One of the greatest joys of life is watching our child succeed on his own merit and achieve something he has worked hard for."

– Doone Estey, a Toronto mother of four and an educator with the Parenting Network.

"It all depends on your perspective. If you expect to continue living the same carefree life you had when you were single and dating, kids won't make you happier. Kids change things, and the only way life will be happy is if you embrace the changes kids bring." 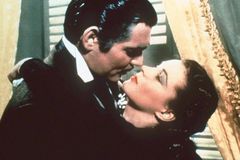