When I first learned I was going to be a father, I anticipated wonderful moments bouncing a baby on my leg and, later, heading out to the park. But I'm completely serious when I say that one of the things I looked forward to most was telling jokes.

I'm the kind of person who will say, "Even though I don't much enjoy fishing, I can see how other people find it alluring."

Then I'll stand there staring at you, grin on my face, eyebrows slowly rising. When I make a joke like that to my friends, they groan and wonder why we're friends. When I make that joke to my kids, it's the best thing ever.

Thanks to social media, there has never been more pressure to be funny. But in trying to craft the arch one-liner that will stand out in the giant open mic that is the Internet, there has also never been more potential for controversy. Some jokes win new followers, while others can tarnish careers – if not end them (Trevor Noah, the new host of The Daily Show who recently came under fire for a series of offensive jokes on Twitter, is the latest cautionary tale).

Against this backdrop, simple, sweet, corny dad jokes – whether you're the teller or the listener – offer welcome relief from the pressure to be cuttingly funny.

The popularity of corny dad humour in the past few years is easy to measure. Pick your metric: Reddit threads, Buzzfeed listicles, "best of" roundups, viral videos. The dad jokes Barack Obama and Bill Clinton volleyed at each other last month on social media prompted GQ to ask, "Has Twitter.com reached peak dad?" It's difficult to think of another cultural phenomenon that's regarded as totally lame and yet is completely embraced.

"There can be so much irony, so much sarcasm, so much of that sort of humour that it winds up being refreshing to just have some really straightforward, sincere jokes," says Jaya Saxena, the co-creator of Dad Magazine, a satirical publication featured on The Toast, a general-interest culture website. "There's something really freeing about letting loose and just telling a terrible joke."

Saxena launched Dad Magazine after a meeting with Toast co-founder and bestselling author Mallory Ortberg in 2013. The two found themselves talking about how everyone loves dad jokes. "Then we started making dad jokes at each other and it snowballed," Saxena says.

The magazine's headlines lovingly spoof the timeless trope of dads' earnestness, cluelessness and love of puns.

"What the heck is a meme? We ask our kids so you don't have to."

"April showers? You May want to re-tile your bathroom."

The main appeal is its utterly uncool sincerity, Saxena says. The last thing dads care about is being hip. "Everybody wants to be able to do that. It gets exhausting to hide behind irony," she says.

"There's just something comforting about it," says Justin Halpern, who shot to fame with Sh*t My Dad Says. The Twitter account of his father's frequently vulgar pronouncements, made without any concern for what other people might think, went on to become a bestselling book and television show. Not everyone can fire off-colour one-liners like Mr. Halpern, however. "Remember how you used to make fun of me for being bald? … No, I'm not gonna make a joke. I'll let your mirror do that," is a rare example that didn't feature a swear word. Not everyone wants to be the Archie Bunker of the Twitter age.

That lack of concern for being hip or, frankly, all that funny is why we're drawn to it, Halpern says: "There is that element of, 'Man, I hope I get to be that age and not care.'"

"Just watched a documentary about beavers. It was the best dam program I've ever seen."

"Have you ever heard of a music group called Cellophane? They mostly wrap."

Children, in particular, delight in puns, knock-knock jokes and silly humour, and that suits their fathers. "For a dad, getting your kid to laugh is a really big deal," says Andrew Clark, director of Humber College's comedy writing and performance program. "It's a fun thing that we like. It's a way of relating. Humour is a way to bond."

Mothers and fathers both use humour with their children, although often in different ways, says Kyle Pruett, clinical professor at the Yale School of Medicine's Child Study Center.

Fathers are more likely to use humour, particularly gentle teasing, when disciplining children, he says. When siblings are fighting, dads may make a joke about sending one of them to live at grandpa's house, for example.

And while mothers traditionally have made their children feel safe and secure, "a father's bond with his children often is formed in this other world of exploration, novelty, what you can stand, what you can't, where's the edge," Pruett says. "Humour is going to serve you a lot better when you're trying to keep kids from feeling bad about themselves, when they lose an argument or they get hurt by a big brother."

And whether parents know it or not, encouraging a child's sense of humour has many benefits, from helping them see new ways of thinking to nurturing their self-confidence.

What's more, he says, humour is a key way to track a child's development. Infants giggle at peek-a-boo because they're wrapping their minds around the idea of object permanence; toddlers love toilet humour around the time they are potty training; kids who are learning to string sentences together delight in puns because they are trying to understand the meanings and functions of words.

"That's where parents can really get some practical value out of this – 'Hey, this gives me an insight into my child's developing brain,'" Kutner says.

It also means you get to laugh together, regardless of whether the joke is clever or corny. And the sound of your child's laughter really is the best thing ever.

We asked Globe readers for their best dad jokes. Here are some of our favourite groaners:

A tragic story: Two peanuts walked down the street. One was a salted. – Christopher Tracy

Why can't you run in a campsite? You can only ran – it's past tents. – Dave Cross

Hear about the two radio antennas that got married? The wedding was boring, but the reception was great. – Kevin A.

What do you call Mozart's farts? Classical gas. – Danielle Gallant

What do you call a friend who lends you a pair of their shoes? A sole-mate. – Salim Nadim Valji

Which flower talks the most? The tulip, cause it has two lips. – Felipe Fernandez

One snake talking to another snake: "I can remember when times were so bad I didn't have a pit to hiss in. –  Frederick W. Harrison

The Dude abides: A white Russian with wine, plus other great bottles for dad
June 17, 2015 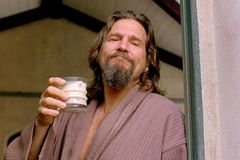 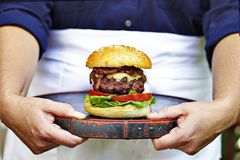 This Father’s Day, the best cocktails take citrus up a notch
June 17, 2015 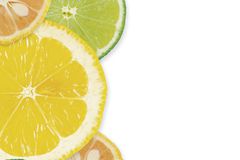