When I think of fatherhood, two images come immediately to mind.

The first is from a couple of summers ago. A few friends and I brought our families up to a cottage in Ontario's Muskoka. Saturday afternoon, all of us dads were down at the dock with our kids. The oldest was five, the youngest just coming up on one. My buddy was grabbing his son and heaving him into the water as high and far as he could go. The kid was whooping, the way kids do when they know they're close to danger but safe from it.

At one point, his mom came down and gently admonished her husband to be careful.

"I wouldn't do it if I knew he couldn't handle it," he said.

Watching that boy the rest of the weekend was incredible. He baited his own hook and then helped the other kids get their fishing rods sorted. He was the first to swim out to the floating dock. He led all the kids into the woods. There was no stopping his sense of adventure, although he was always willing to pause and help the younger kids when they needed him.

The other image is a depressing one I see at least once a week. My kids are five and two, so we spend a lot of time at the park. Every few days there's a dad pushing his kid on the swings with one hand and checking his smartphone with the other.

It's gift to be able to teach someone to take risks, to not be afraid. All the dads I admire and look to as role models, my own included, do that in spades.

Up until the 1960s, researchers studying parents' influence on kids paid barely any mind whatsoever to the role played by fathers, says Dr. Ronald Rohner, director of the Center for the Study of Interpersonal Acceptance and Rejection at the University of Connecticut.

"The assumption that people made was that all children need for normal, healthy development is a loving relationship with mothers," Rohner says. But a growing body of research, especially a raft of studies published in the past decade, has shed light on the crucial role of fathers. Fun dad might sometimes still be dismissed as juvenile – a fair criticism, considering the number of dads I know, myself included, who still own Xboxes and skateboards – but these studies show there are clear benefits in mom and dad's different styles of parenting, traditional gender roles aside.

Some of these studies confirm what we know instinctively. For instance, several studies have shown that dad's play tends to be more rough-and-tumble than mom's. The benefits of this play are many, from teaching kids emotional intelligence to helping them understand risk, which University of British Columbia researcher Dr. Mariana Brussoni has said helps kids deal with risks. But other studies have shown what might not be obvious from watching a father wrestling with his toddler.

In a review of 36 studies from around the world conducted on parental rejection and acceptance published in 2012, Rohner found that a child's sense of being loved by fathers was frequently a better predictor of their overall happiness and life satisfaction than their sense of being loved by mom. As well, dad's rejection was also a better predictor of substance abuse, depression and behavioural problems.

"That came as a bombshell to us," Rohner says. Many people, after all, assume that a mother's love is what always matters most.

As well, in a 2012 study that looked at 325 families over four years, researchers at Brigham Young University found that fathers who practise what was dubbed "authoritative parenting" – defined by granting kids autonomy, emphasizing accountability and the reasons behind rules, and children feeling love from their fathers – had kids who were more likely to develop persistence. Dads who exhibited authoritative parenting (which isn't "authoritarian," mind you) had kids who were not only more likely to see tasks through to completion, they also got better grades. All those parents hoping to instill grit in their children should pay attention.

But the crucially important question for fathers is not, are you the one taking your kids fishing, says Randal Day, co-author of the study. "The more important concept is, are you in the game, period?" he says.

Will Pemble is certainly in the game. The 50-year-old management consultant who lives in a small town outside San Francisco might in fact be the ultimate fun dad. His 11-year-old son, Lyle, is obsessed with roller coasters. "He can tell you what time Cedar Point amusement park in Sandusky, Ohio, closes in June," Pemble says.

After a trip to a Six Flags amusement park last year, Will and his son and daughter, Ellie, built a roller coaster in their backyard. It's about 55 metres long, has a top speed of 23.3 kilometres an hour, reaches a maximum height of 3.2 m, has two hills and a helix turn, and it cost $3,500 to make.

"I want to teach my kids through my example that if I had an idea and 100 people told me that was a bad idea, I want to show my kids that I think for myself," Pemble says. "At a more tangible level, my kids know things about math and physics and science than other kids their age, and the reason they know it is because it's very difficult to escape the math and physics and science of all this."

When I look through old photo albums, I don't know if my dad enjoyed coaching little league soccer the way Pemble obviously enjoyed building his roller coaster. I don't know if he was thrilled to change out of his work clothes and schlep a giant bag of soccer balls and those tiny orange cones to a field to teach an unruly group of seven-year-olds to dribble. But I can tell from the smile on his face in our team pictures that he loved that time together.

That, I think, is what's really important about fun dad. It's not just the great memories and all the things your kids learn, or the fun (although that's all good). It's the certainty it gives a kid that you are there for them.

We all lead busy lives, and the blinking red eye of Sauron on our phones is always calling for our attention. And I worry more than I probably should. I hover at the playground and still tense up when my two-year-old is coming down the stairs. I clench with anxiety when my daughter rides too far from me on her bike.

But I want to be fun dad, for many reasons. Because I don't want my kids to be afraid of the world. Because I want them to pursue their passions doggedly. Because when they get to the water's edge, I want them to dive in, certain they can make their way back to shore. Because I want to give them the foundation to take risks and be curious and get everything they can out of this life – by making sure they know I love them more than anything.

'He taught us to take in every moment': Globe readers celebrate dad
June 12, 2014
Thanks to you, Dad, I’ll never forget my childhood’s many adventures
June 12, 2014 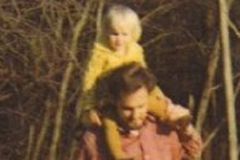 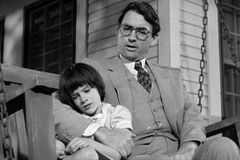