To the University of Guelph this week, where just in time for Father's Day researchers have found that fathers are significantly more influential than mothers when it comes to determining the long-term eating habits of children.

The Guelph Family Health study, which is published in the June issue of Applied Physiology, Nutrition and Metabolism, reveals that children are more likely to mimic their dads' eating habits than their moms' and that, as a result, obesity in fathers is far more likely to be passed down.

Is this for real? A study blaming fathers instead of mothers for something food-and-parenting related? Surely it's a rogue bit of research, a one-off finding, an academic hoax that will be soundly debunked by the time you finish reading this column.

No, turns out it's actually a repeat finding that's consistent with several other reputable recent studies around the world.

The most widely reported one was conducted in 2011 at the University of Newcastle in Australia and followed a group of eight- and nine-year-olds over four years. Those researchers found that children with an obese father and a healthy weight mother were a staggering 10 times more likely to develop obesity over the long term compared with children who had two healthy weight parents. And – this is the crucial bit – children with a healthy weight dad and an obese mother did not have the same outcomes.

Health experts have offered the typical bromides in response to the finding. Wayne Hartrick, president of the Canadian Men's Health Foundation, said in a statement this week: "It's important for men to take a leadership role in their health and in that of their children. This research suggests if a dad eats poorly, his children have a higher risk of having poor nutrition and weight issues, so we want to men to understand that being a good dad also means being a healthy dad."

Thanks Wayne, but what I want to know is how come? Why on earth would it be that dads – who statistically still shop for, plan and prepare fewer meals on average than moms – end up having more behavioural influence over their children's eating habits at the end of the day?

The answer, it seems, is a complex and multipronged one, and actually not half as depressing as you might think.

While in most households mothers still do the lion's share of childcare and housework, in recent decades dads have really stepped up their game. The average dad today spends far more time with his kids than his father likely did a generation ago and the same goes for his father before that. So that's all good, right?

"We need to say to dads, 'You are important, kids see what you eat, and they model your behavior too,'" said Dr. Jess Haines, associate professor of applied nutrition at Guelph. The associate director of the family health study, she told me in an interview this week that she believes that the results are, at least in part, because of the growing influence of fathers as active parents.

For many dads, who are in the grand scheme of things, still relatively new to this whole "hands-on-parenting" business, spending time with kids can seem like an excuse to indulge – and why not? Kids love to be indulged. But we all know what happens when an occasional indulgence becomes a habit.

According to a 2011 nutritional family study by Texas A&M University, mothers (regardless of their weight) tend to take children to fast food restaurants less often and when they do it is usually for reasons of need (i.e. a lack of time or money or both). Whereas when dads do the same it's presented as a treat and a celebration.

As Texas researcher Dr. Alex McIntosh said when his study was released: "For a long time fathers have been told that they need to spend more time with their children. But often when this message is being transmitted, the message is 'you should be having fun with your children.'"

So hey hands-on dad, we love you but … fun time can't be all the time. Fun time all the time is bad for your health.

This weekend, however, we'll make an exception because it's Father's Day. Take the kids out and eat all the greasy burgers you want. Gorge yourself silly and pass out on the sofa like Homer Simpson in a sugar-fat-beer coma.

You're not perfect and just for today we won't blame you for it. 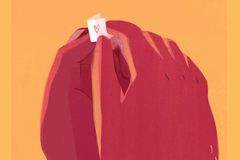