It's believed the first text was sent in 1989. A couple of tech nerds had turned their pagers upside down, using numbers as letters: 07734, for example, was HELLO.

"Yo Bubcia! I finally figured out how this works! I did briefly switch to Chinese and couldn't get out, but it's all good now. Ciao, Dad."

I texted back, stunned, wondering if he had been abducted and replaced by a tech-savvy alien imposter. But it was clearly my dad.

"WOO HOO! Texting with Dad! That is so uncool!"

After years of resisting communications technology, the patriarch decided to take up texting. Why? Because he's cheap. (An avid Costco shopper, he once showed me the store's pneumatic tubes, awestruck – 19th-century technology is hardly offensive.) He had started fiddling with the text function to avoid roaming charges during a sojourn in Florida. After retiring from teaching high school phys ed, he had also done some rudimentary texting when buddies sent invites to parties: "Ok" or "yes," came the functional reply.

Once Dad took up texting at full hilt, he hit a few snags. At one point in a flurry of button-pressing, he switched into "Chinese," returning to English only after "pressing everything at once."

The next challenge was predictive text software, the dreaded T9: "When you pressed a letter, it would come up with a word, except that the word was not the word I was looking for and I didn't know what to do with that word."

Invariably, dad's texts are laced with profanity, and after just a few missives, his hand-me-down Motorola had picked up this salty vocabulary. Every word starting with the letters 'mot' now auto-completed into a mother-denigrating slur. "The evil machine knows me already. No 'mother' for me," Dad chortled.

In trying his hand at texting, dad may as well have been coralling a pack of wild horses.

"It felt good because I mastered the damn technology. Well, mastered – I tackled it. It became an issue of man over machine. The machine kept defeating me with this Chinese script. And then when I got into this thing, admittedly, I started having fun."

Today, he's making leaps and bounds. He copies and pastes texts to me and my twin brother, Joe. He sends photos. He even has calling cards: His salutation for me is "Bubcia," a pet name I've had ever since I was filling diapers. My brother gets the formal "Jozef," the name on his birth certificate. And his sign-off is "ciao" – startling Mediterranean flair for a man raised in the bowels of Poland.

"The stupid thing is, I treat it as a mini-letter that has to have an opening and a closing, even though you see on your screen who's texting. You don't need me to sign off, but it's old school."

He also started experimenting with SMS abbreviations, like OMG. "I'm familiar with the lingo," he said, explaining that he had read the full transcripts in the texting-fuelled murder of Stefanie Rengel, "that very sad story."

Ultimately for my father, Facebook, Twitter, e-mail and texting aren't facilitators of "communication." They're testaments to a world now ruled by narcissists, corporate sycophants and time-wasting teenagers, their thumbs riddled with calluses. (Why aren't they camping at Algonquin Park, or cycling through Cherry Beach? Get some oxygen already!)

To my Dad, "social media" (a term he ridicules) represents a battleground of dorks, their Twitter spats emasculated versions of duels they would never dare have in the street. "On Facebook, you can talk crap to anyone and not worry about getting clocked in the face," he ruminated once during a barbecue.

The concept of e-mail also draws gasps of horror. "I did one for a week and I hated it." What about for work? "No. No. That's unacceptable. That makes you a slave of the management at their convenience."

So why start texting? Isn't it a slippery slope?

"I find it less intrusive into other people's lives," he says. "Instead of calling them and expecting them to pick up the phone right away to deal with your stuff, I can send them a text and they can reply to me when they can."

Beyond MF-bombs, he updates me on his nature excursions ("weather improving and you know what that means: geezers going on a canoe trip") and lets me know he has been reading my work. They're truncated bits of conversations we used to have more often over the phone, the ones that meander all over the place when he has sipped enough JD. 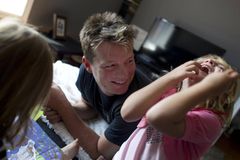 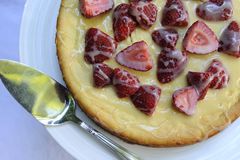