I am one of 22 kids. I have three brothers, six sisters, four stepbrothers and eight stepsisters. When the nieces, nephews, cousins and everyone else is counted up, the total number in my family is just this side of infinity .

I also grew up without a father. He died of a heart attack a few months short of his 50th birthday, or, as the newspaper said at the time, "following a short illness."

Although he was a smoker, he seemed to be in good health from all the photos I've seen of him – including some taken just a few weeks before his final trip, at the instruction of his doctor, to the hospital.

All of a sudden my mother, at the age of 40, was left widowed with 10 children, the youngest being just three months old.

I am also a divorced father bringing up, half-time, my only child, a daughter. She's 15.

When I was a teenager – defining my own path within the rambunctious familial swirl around me – I always imagined that hell would be sitting, as an only child, with one's parents at dinner.

Their eyes would be burrowing into you. They'd be asking questions, and then waiting for answers. They'd be concerned about everything you did. They would be watching intently at all times.

My daughter, being one of one, has to cope with a situation that is perhaps even one step beneath my imagined hell.

At dinner time, she has to cope not with two sets of parental eyes upon her (and therefore with the opportunity to at least fade from one to the other), but one set upon her. One set of eyes: wondering, asking, questioning.

"How was school today?" I ask her.

"How did your test go yesterday?" I ask her.

"How are your classes going?" I ask her.

Mundane questions. Day after day. I often wonder how she puts up with them.

Fortunately, there are some advantages to being a single father with a single daughter. Spontaneity is one of them.

Last summer, on a warm Saturday morning, we went for a drive. Nothing extravagant – I thought we might go grab a couple of ice-cream cones. A few minutes in, I asked her if she had any ideas for where we should go.

I pulled the car over, we talked about her idea and decided, sure, let's do that. I thought we should head back home first, pick up our toothbrushes and a change of clothes. But that was clearly not part of her plans.

"Let's just head out. Now. We can buy toothbrushes along the way."

So we headed for the highway.

We drove for about an hour, west on the speeding pavement of the main highway heading out of Toronto, then took the secondary highways that encircle the western edge of Lake Ontario.

A few months earlier, my daughter had used her computer and recording equipment to make a CD of songs sung by her, accompanied by her own playing on guitar or piano. Most of the songs had multiple tracks, and some up to a dozen tracks.

She had figured out how to rig up a portable CD player so that it played through the old cassette player in the car – how to connect the new technology she uses to the old technology.

We opened all the windows and yelled to each other over the music and the wind and the reverberating sounds made by passing cars and trucks.

We saw a discount store and popped in. We bought a package of five "daily" toothbrushes, a small tube of toothpaste, a T-shirt for each of us, one treat for her (coloured jujubes) and one for me (chocolate-covered almonds). The total cost was about $9. And then we drove some more.

I told her about Niagara-on-the-Lake, which I had visited before and thought she would like. So we headed there. About 10 minutes outside of town we stopped at a motel, checked in and left our meagre belongings.

We headed into town. We walked around with no real direction or goal, looking at and commenting on the people we passed, and then we went to a restaurant for a meal.

After dinner we bought ice-cream cones, walked around some more, then headed back to the motel. We watched TV for a half-hour or so, read for a bit (neither of us goes too far without a book), and then slept.

In the morning we headed back into town for breakfast, then back onto the highway and home.

On the drive back we talked about the music we were listening to, about the passing landscape, and about whatever else passed through our minds and our memories.

I was thinking about how I never got a chance to go for a similar drive with my dad, but also about how happy I was to have these fleeting moments with my daughter.

The drive home was filled with random words and pleasant thoughts that evaporated into the rumbling noise of the traffic and the rush of the wind. 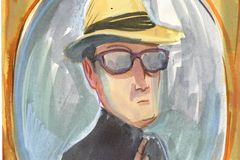 My memories of my father are like puzzle pieces
June 16, 2011 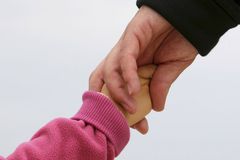