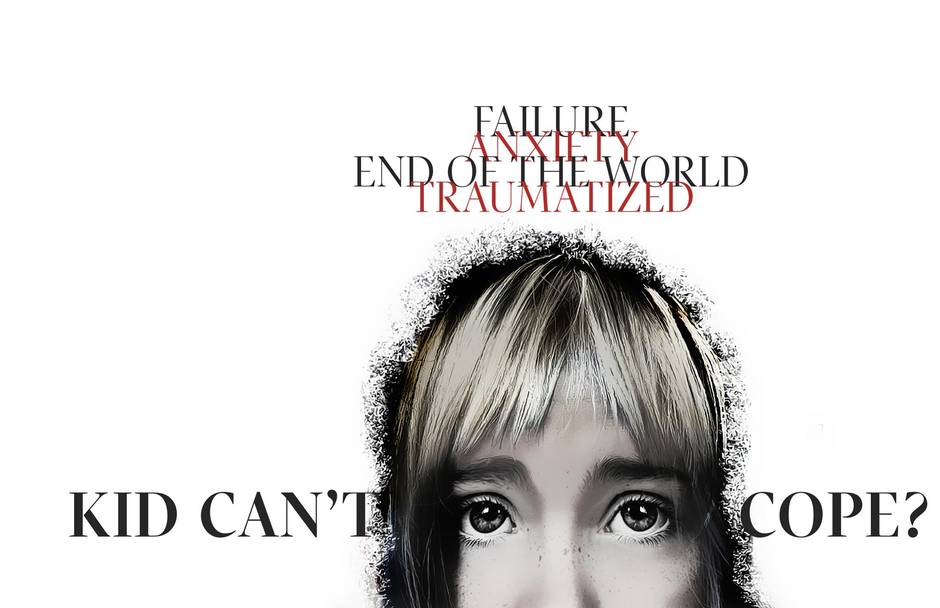 Sleep is one of the most important elements in managing stress and anxiety. (iStockphoto)

Stress has become the soul-sucking virus of the modern age. So a recent large-scale Ontario study should come as no surprise: Teenagers are also becoming infected in growing numbers. In August, the Toronto-based Centre for Addiction and Mental Health reported that one in three Ontario teens suffers from “moderate-to-serious psychological distress. Close to 30 per cent reported “elevated stress.” And the number of kids saying they felt nervous or overwhelmed either “most” or “all of the time” had jumped significantly since the last time the survey was taken, only two years earlier.

What, then, are parents to do with that information?

The stress numbers are worrisome and the survey’s sample size is large, but it is still based on self-reports, not clinical assessments. It determined the level of overall “distress” by scoring the answers to a series of questions about how the students perceived their mood and behaviour over the previous month. Some of the findings aren’t that surprising: Grade 12s report more stress than Grade 7s, and girls admit to more stress than boys.

We probably need not worry too much about kids admitting to “feeling fidgety or restless.” But feeling nervous most or all of the time? (15 per cent) Or that “everything is an effort?” (17 per cent) Or worthless? (10 per cent) Those are teenagers burdened by life too often. And their numbers are growing.

The study doesn’t draw conclusions, but Stanley Kutcher, a psychiatrist at Dalhousie University and a leading expert in adolescent health is happy to offer one. Surveys such as this one, he suggests, capture the consequences of a society in a stew about stress, helped along by a hugely profitable stress-management industry.

Stress isn’t the evil we’ve made it out to be, Kutcher says, but that’s the message that has trickled down to teenagers. They aren’t faking it – the stress they feel is real, and some of them require clinical help. But for the average teenager, Kutcher proposes a more chill intervention, one he argues is used too little these days: the keep-calm-and-carry-on conversation with a heavy dose of coping skills that keeps stress in check and puts it to better use. After all, soon those kids will have mortgages and careers and families. Stress isn’t going anywhere. 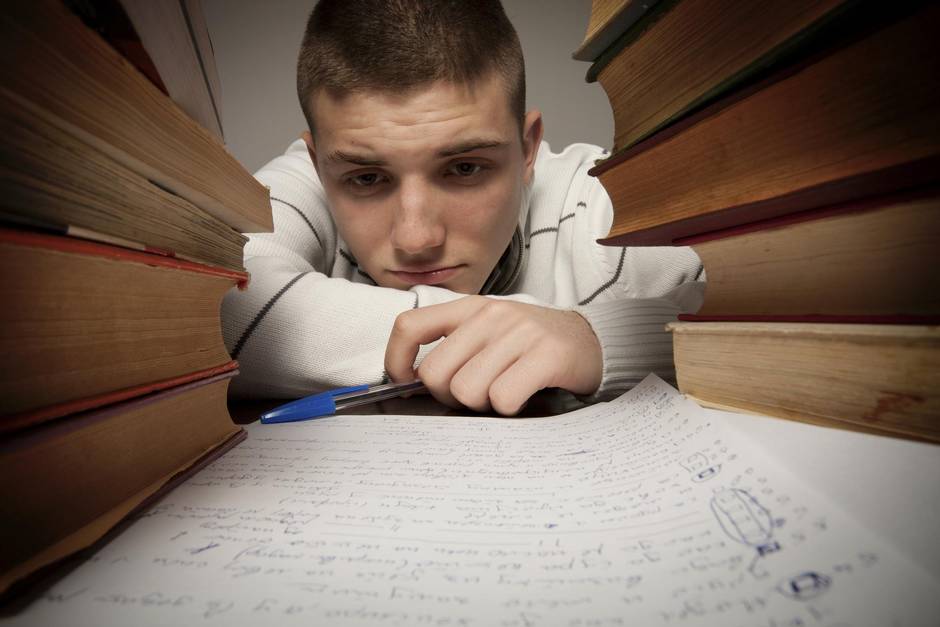 In August, the Toronto-based Centre for Addiction and Mental Health reported that one in three Ontario teens suffers from “moderate-to-serious psychological distress." (iStockphoto)

1. Okay, you feel stressed. That’s not the end of the world

Teenagers, argues Kutcher, are too often getting the message that feeling nervous or overwhelmed or fidgety means something is wrong with them, that stress should be avoided at all costs. But managing stress poorly is habit forming: What starts in Grade 7 as sweaty palms before a big test can become a panic attack at Grade 12 finals.

Here’s an alternative, stress-positive approach: Those sweaty palms mean you care. That racing heart can help you perform. Stress, if you know how to handle it, is not bad for you. It’s normal.

Being stressed isn’t a sign of impending failure; it’s an indicator of a problem to fix – like the fuel light on a car. Kutcher says teens should be taught not to work to eliminate stress, but to focus on the issue that is causing it. If it’s a speech, don’t try to avoid it, find out how to prepare yourself. If it’s a fight, seek advice on how to resolve it.

Kelly McGonigal’s book, The Upside of Stress, details experiments where researchers told college students who were about to write a practice exam that any nervousness they felt meant their bodies were getting ready to focus on an important task – the students who heard that message did better both in practice, and on the real test weeks later.

2. You are not “traumatized” when you fail a test. (But it does feel lousy)

Teenagers are prone to exaggeration. And while valuable anti-stigma campaigns have raised public awareness about mental illness, an unfortunate side effect is that they have diluted the meaning of clinical disorders such as anxiety, depression and trauma, so they are carelessly tossed into everyday conversations.

Awareness isn’t always accompanied with mental-health literacy. Teenagers, says Kutcher, need to understand the difference between worry and an anxiety disorder, sadness and depression. The first are common feelings. The latter are debilitating mental-health diagnoses. Teaching them to recognize the difference and to use precise language to define how they are feeling helps normalize their own stress. It also helps identify when symptoms require more serious intervention, both in themselves and their friends. “If everybody is sick,” Kutcher asks, “how do we find the people who are really sick?”

Anxiety can make you lose perspective, it overlaps important details and turns setbacks (that F in Calculus) into big consequences (my life is over!). Reframing the situation for your child can help: Have they jumped to false assumptions? Are they seeing the problem – and its fallout – accurately? How can they fix it?

Denise Pope, one of the co-authors of Overloaded and Underprepared: Strategies for Stronger Schools and Healthy, Successful Kids, puts much of the blame for this failure-is-forever narrative on parents who are obsessed with marks and achievement. While rushing too hard toward a future goal, teens can become overwhelmed by failure.

Experts such as Pope and Kutcher like to cite this analogy: When babies fall while learning to walk, do their anxious parents rush in and urge them to stop walking? No, says Pope, they help them get up and try again. “We aren’t allowing kids to have those falling-down moments when they get older.”

Performing acts of charity also works off stress, McGonigal writes in her book. For one thing, helping another person leaves less time for ruminating about your own problems. Anxiety is exacerbated when life feels out of control, says Michael Ungar, director of the Resilience Research Centre at Dalhousie University.

The most important tool for managing stress, says Pope, is sleep. And yet, high-performing students (and the adults raising them) brag about how late they stay up studying, how many tests they have and how busy they are. Nobody competes for the best night’s sleep but all the research suggests they should.

As the Ontario study showed, by the time students reach Grade 11, only 25 per cent are getting at least eight hours of shuteye. Teens need to see sleep as a key to stress management, and parents, Pope says, need to set an example and guide them how to get enough.

The same goes for exercise, ideally the kind where you aren’t stressing about how many goals you need to score.

‘I am one of the lucky ones’

Stress is when the world gets to you, and tries to tear you down. But a little bit of it is good, or else you wouldn’t study for anything.

We are super stressed due to our environment. There’s social media. When you are on it, you only see the best parts of your friends’ lives. It can make you feel like you are the worst person in the crowd.

The future is very uncertain for us, especially with technology. And no one before us has really sound advice about how that is going to unfold. School is getting more competitive, and there are fewer options available if you choose to opt out. Parents, too, are a part of the problem. They have huge expectations to drive us to be better than they were before.

We have some teachers who will talk to us about time management. But we also have other teachers who try to scare us into studying more by making everything seem worse than it is.

I have a few friends who just let their stress boil inside of them and end up disconnecting from all their peers, and trying to deal with it on their own without help, which usually doesn’t work very well. They were only studying, they didn’t take any time off to relax, so they just got overwhelmed. Eventually, one them talked to me, and it was really little things throughout the year that, during final exams, was enough to push them over the edge. The mistake was not dealing with each problem as it came up. They just held it in.

I am one of the lucky ones. I got taught great coping skills by my parents.

A lot of my friends don’t get a lot of sleep. When you are tired everything seems way bigger than it is. My dad sent me probably 50 different scientific articles on why you need sleep, and eventually the point stuck. Now I go to bed at the same or slightly earlier than my parents. It’s a habit now.

I felt really stressed around finals. With my mom, we went on a very quick-paced walk through the river valley and I just ranted about everything that was wrong. My mom talked about how it’s normal to be stressed, and nothing is as big as it seems at the time, which is something that a lot of kids don’t understand – that individual friends fighting, or one test, there is always a way to make up any failure.

As told to Erin Anderssen