When I moved from Berlin to Toronto with small children and began visiting prospective daycares, I was perplexed that one of their selling points was being nut-free. In the 12 years I lived in Germany, I didn't know a single person with a nut allergy. Nuts were a favourite playground snack. My son's Berlin daycare was graced by a century-old walnut tree; children would bring the nuts into their classes to crack and eat.

Three years on, I've adapted to the local nut culture. On my children's birthdays, I send them to school with a store-bought and demonstrably nut-free confection. There's no place in their lunches for peanut butter sandwiches, nutty breads or – as my three-year-old son recently advised me – hummus, which can carry traces of nuts. When friends come to play, I make sure I know their nut status because many parents don't introduce nuts in their children's diets until they've been tested by an allergist.

Coming from Germany, home of "provocative playgrounds," helmet-free tobogganing and sleeping bundles parked outside cafés, I've found it hard not to see the local nut fear as part of a more generally hyper-cautious approach to parenting. And maybe I shouldn't be surprised that it's become a human rights issue, as Hamilton mother Lynne Glover takes her daughter's school to the Ontario's Human Rights Tribunal for its refusal to "adequately accommodate" her daughter's allergies, which, for Glover, would mean extending an egg and dairy prohibition to the entire class.

Glover sees the peanut ban currently in place as precedent-setting: "Allergies need to be treated equally," she told CBC's The Current.

So where does this end? Public health authorities face a tricky challenge, determining how to balance the concerns of the allergic individual against the well-being of the group. Meanwhile, immunologists are warning about the unintended consequences of widespread nut avoidance.

Last December, Vancouver-based pediatric allergist Edmond Chan co-authored a statement released by the Canadian Paediatric Society explicitly warning against delaying the introduction of peanuts and other trigger foods, and strongly discouraging parents from having their kids tested as a matter of practice.

This statement overturned the recommendation published in 2000 by the American Academy of Pediatrics that peanut and tree nuts be avoided in pregnancy and only introduced to kids at the age of three. Although this advice was directed only at high-risk infants (who have a first-degree relative with allergies), it was taken to heart by a broad swath of the public, even after it was retracted in 2008.

While it's still not entirely clear what causes peanut allergies (pesticides, storage conditions and the roasting process are under scrutiny), it's becoming evident that avoiding peanuts or delaying their introduction has exacerbated the problem. A 2007 study published in the Journal of Allergy and Clinical Immunology showed a threefold increase in the incidence of peanut allergies in Britain in the period that public health officials were promoting delayed introduction. A 2008 study published in the same journal showed that the prevalence of peanut allergies among Jewish children in Israel, where nut proteins are generally introduced in the first year, is one-tenth that of Jewish children living in Britain.

At the moment, an estimated 1.7 per cent of Canadian children have peanut allergies. Reliable figures for continental Europe are hard to come by due to definitional variances. While on the rise in Europe, pediatric nut allergies are not an issue of widespread concern and delayed introduction has never been promoted. The pediatric immunology clinic at Berlin's Charité Hospital, a leading centre in allergy research, estimates that one in 200 German children has a severe peanut allergy. As a pediatrician friend in Switzerland told me, "The only hazard I associate with nuts is choking."

"I don't fault those who promoted avoidance," says Chan in a phone interview from Vancouver. "They thought that was the best practice at the time. But immunology has expanded exponentially, and we now have the opposite understanding – that the infant gut needs early exposure."

It makes sense. A seminal study conducted in Germany after reunification found that, contrary to expectations, the incidence of hay fever was much lower in dirty, industrial east German Leipzig than in clean, modern west German Munich. Thus the hygiene hypothesis – that sterile environments are in fact conducive to allergies – was born. It's now generally accepted that the urban Western lifestyle, with its smaller families, insulated houses, wall-to-wall carpets, separation from livestock and emphasis on hygiene, has created living conditions in which young human immune systems are not learning to distinguish between harmful and benign substances, and are overreacting to the latter.

The problem is that, in the case of peanut allergies, this overreaction can be deadly. Shonda Wang, a Toronto urban planner and mother of three, has a daughter with severe milk, egg and nut allergies. Named Saskia and now seven years old, the girl has survived three anaphylactic attacks – the most recent of which was caused by a dental assistant who cleaned her teeth with a toothpaste that contained dairy products.

Wang describes managing her daughter's allergies as a "constant challenge" in which the key is communication. Wang says Saskia's current public school has been excellent in its handling of her daughter's allergies. Saskia eats snacks with her classmates and lunch in the school daycare where the supervisors are attentive to her individual needs.

Tailored solutions like this make a lot of sense. Allergen-free environments in the public realm are illusory. As Wang says, "Saskia's allergens are present around her – in both school and the world – and we need participation from all fronts to keep her safe."

Individual cases need to be handled on an individual basis. Reducing the number of these will require parents to heed science over the rumour mill, and to reconsider the assumption that erring on the side of caution is always in their children's best interest.

Reality check: Is probiotic formula worth the money?
January 7, 2014 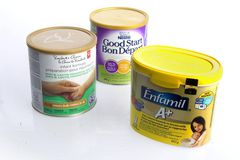 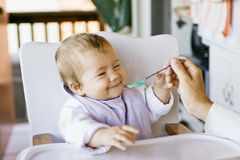