A marketing campaign for a new line of French lingerie for four- to 12-year-olds is raising new concerns about how young girls are portrayed, along with questions about the role modern mothers play in sexualizing their daughters.

The Internet campaign for the company Jours Après Lunes features girls in lace-trimmed bras and panties, some wearing pearls and sporting Brigitte Bardot-inspired hairdos. One girl is reclining in a lounge chair and another strikes a coquettish pose in front of a mirror. Ads for a line of lingerie for tweens show older girls hugging teddy bears while dressed in skimpy underwear.

Although the ads have attracted little attention in France, the fashion world outside Europe was quick to condemn the campaign as exploitive and "creepy." And a spokesperson for the prominent French feminist group Ni Putes Ni Soumisessaid it was time for mothers to own up to their responsibility in a trend toward portraying very young girls as sex objects.

"I don't think a five-year-old is going to ask for this stuff, so it's the parents who will ask for it," said Gabrielle Apfelbaum. "It's important for the parents to understand what their role is and what their child's role is and that sharing stuff with your children does not mean sharing your lingerie or your sexual abilities."

The campaign appeared just two weeks after French Vogue sparked international outrage with a provocative photo of 10-year-old Thylane Loubry Blondeau on its cover. Although the two campaigns come from France, Ms. Apfelbaum said they are part of an "international problem" that is "changing the image of young girls."

"In the U.S. there is a big thing about red-carpeting the children of stars," she said, adding that it is now common for celebrities to dress their young children as adults and bring them to public functions.

Fashion writer Marilisa Racco, author of Le Snob Lingerie, said advertisers are increasingly use children "to front something that is targeted at adults."

This week, clothing retailer American Eagle raised eyebrows after marketing a push-up bra for young teenage girls. Last month, 13-year-old Elle Fanning was named the new face of the Marc Jacobs fashion line, and in May, 14-year-old Haille Steinfeld became the face of Miu Miu, a fashion house known for its sensual and provocative clothing.

Ms. Racco said that by putting the young girls in adult-like poses, the Jours Après Lunes campaign crosses "that fine line between art and sexual exploitation."

Jours Après Lunes creator Sophie Morin defended her company and described it as a "family brand." She said she was trying to create a "chic" new line of underwear for girls, and did not intend to sexualize them.

"There is no vulgar connotation," she told the Lingerie Trade website. "The materials are totally opaque, there is no transparency, no lace. … There is no bra in my collection."

"The children are not wearing heels, nor nail polish, nor lipstick," Ms. Morin added. "Their hairstyles are exaggerated, just as are games and the child's universe. These models are professional models and not Lolitas who have stolen women's clothing.

The French website Gala defended the marketing campaign, suggesting that any criticism was the product of North American prudishness. But readers of the French Elle magazine website disagreed. Dozens of posts expressed outrage and demanded that advertisers stop exploiting children.

"I don't understand how these photos could have been published," one writer said. "This is what happens when, in the name of defending freedom of expression, we permit ourselves to stage pedophilic fantasies." 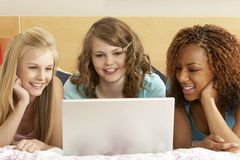 Why Abercrombie wants the shirt off the Situation's back
August 17, 2011 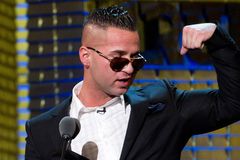