In the mid-1970s, when Yonge Street was a tawdry nirvana bisecting Toronto, my father used to leave my older brothers and I in a pinball arcade while he went record shopping. At night. For hours. I was young enough to need a plastic milk crate to stand on so I could reach the flippers.

He didn't entirely abandon us, in the middle of the night, on a street full of weirdos and miscreants: He made sure we had a plastic bag full of change for the games. Then he went off to Sam the Record Man or A&As to look for opera imports. Only once did anyone in authority express any concern over three raggedy children playing Fireball 5000 or whatever the hot game of the moment was. A policeman came into the arcade and asked where our parents were, and my brother flapped a hand toward the door: "Dad's buying records." This seemed like a reasonable answer, so the officer left us to our pinball.

Now, of course, the officer would have taken us into custody and thrown my father into jail. But it was the 1970s, and no one had a parenting philosophy beyond "I hope they're all still alive tomorrow." A man who chain-smoked Export As while driving his unseatbelted children in the back of the Impala did not have a finely tuned sense of danger, by today's standards. Or maybe it was perfectly well tuned, and it's the standards that have gone haywire.

The unspoken principle of benign neglect that governed the lives of children in the 1970s is now called "free-range parenting" or "unparenting." This movement, which has been growing for the past half-decade, is an attempt to free children from the thumb of adult oppression, at least for brief periods, thus allowing them to grow a tough outer shell. It has a new pair of martyrs, Danielle and Alexander Meitiv of Silver Spring, Md.

This week, for the second time this year, the Meitivs are being investigated for behaviour relating to their kids, Rafi, 10, and Dvora, 6. Did they abandon their kids and go to the casino? Nope. Abuse them in some way? Make them watch Here Comes Honey Boo Boo over and over? No again. Their crime was letting their kids play in the park and walk home alone.

After a local dog-walker spotted the unsupervised children and called 911, they were picked up and kept for hours in a police cruiser and then in custody, which the kids not surprisingly found traumatic. Possibly quite a bit more traumatic than walking home together in their nice neighbourhood.

The Meitivs are repeat offenders, in the eyes of child-protection services: They'd been investigated earlier this year for letting their child run loose in the neighbourhood. In February, Danielle Meitiv defended her child-rearing principles in the Washington Post: "Not everyone is comfortable with the idea of young children being outside without adult supervision. We're not always comfortable with it, either. We think, however, that giving them an opportunity to learn to make their way in the world independently is the best way to prepare them for adulthood – and that it is safe for them to do so."

Kids are in danger, free-rangers argue: Not from abduction, which is a minuscule threat, but from the long-term harm that comes in never learning to do anything for themselves. Their little independence glands are atrophying and will soon be as useless as an appendix. As Ms. Meitiv wrote, "Stranger abduction, the bogeyman of most parental fears, has always been exceedingly rare. Far more hazardous are the obesity risks and idleness we subject children to if we do not allow them to run outside and play."

This penning of children like veal calves has happened in remarkably short order – really only a couple of decades. You could blame the privatization of public space, which imposes rules on formerly unruly common land, or the hyper-vigilance that has trained us to look for abuse and neglect in children, or just the concern of parents who have fewer children, and are more invested in each of them. Feel free to substitute "ruinous paranoia" for "concern" in the preceding sentence.

At least the Meitivs are embraced by a community of like-minded child-ignorers. (I joke – you really only want to ignore your children when they ask for things like car keys, or college tuition.) Chief among their supporters is Lenore Skenazy, doyenne of the free-range movement, who was excoriated in 2008 for letting her nine-year-old son ride the New York subway by himself.

I interviewed Ms. Skenazy five years ago, when I was intent on starting a free-range movement on my street – the attempt was doomed, ironically, by my inability to set enough children free. Something she said then has stuck with me ever since: "Can you imagine a headline in the 1970s that said, 'Kids Play in Park, Experts Astounded.' "?

Or "kids play in park, parents investigated for abuse." The Meitivs have said they're considering a lawsuit against the authorities in Maryland. I'm sure that if my father were still around he'd donate to their cause, or at least give their kids some quarters so they could go out and play video games in an arcade, as nature intended. 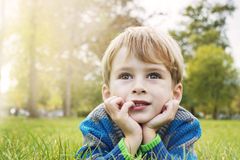 Opinion
In Toronto’s war on ‘raccoon nation,’ I’m siding with the critters
April 10, 2015