We had just delivered our 26-year-old epileptic son to Pearson Airport for his first solo flight to Asia, to travel Japan for four weeks on his own.

I know, he's a big boy now. But my emotions were so scrambled all I wanted to do was go home and start drinking.

We settled for lunch out and a glass of wine, reassured by his text from the plane that he was safely onboard and about to fly off into the sunrise.

The drive to the airport had been mercifully swift, but coloured with nostalgia as the radio suddenly broke forth with Harry Chapin's Cat's in the Cradle. There was the predictable tension as we scoured the car park for a spot and then had to half-run to the check-in. We absorbed the clerk's scolding about not arriving two hours in advance of Geoff's flight, then fairly sprinted to the security line.

Maybe the rush was a good thing. I was exhilarated for him but I'd had to restrain myself from clutching his legs as he disappeared through the security door. I smiled manically as his father yelled, "You have to take your laptop out of your knapsack!"

"Yeah, I know," he yelled back, cringing.

We'd known this trip was coming for years. Maybe it was because of a previous existence, or the fact his personal history paralleled the evolution of Nintendo, but something called to him from Tokyo. Still, at the airport outside security, I felt like I was leading a lamb to the slaughter, and as I finally turned away, a great lump lodged in my throat and the tears started to flow.

Before you have kids, you don't realize how much you have to lose. Before you learn to love someone more than life itself, you can't imagine the depth of caring that will relentlessly affect you for the rest of your life.

All that was left for me to nurture was Jake, Geoff's metre-long corn snake, who relished a full-grown mouse for dinner every five days. Solace comes in many forms, and Jake was better than nothing.

It's hard enough being a parent, as everyone who has ever contributed to the human gene pool knows.

It is another thing entirely to shepherd your child through the minefield of epilepsy. Through days when teachers chide your little boy for not pulling his weight in the tug of war, unaware that a partial seizure has made his leg "disappear."

Or the time his university buddies goad him into drinking too much, unaware of the colossal collision of medication and alcohol. Or the day when a seizure seeps to a greater part of his brain and he loses consciousness.

As the day of departure approached, I visualized my son semi-conscious and strewn with cherry blossom petals amid the crowds festively viewing the trees during the hanami. I could see him in a soundly medicated sleep on the bullet train hurtling through space, ending up marooned somewhere at the end of the line. I imagined him losing his meds, having to enact a desperate pantomime for the local pharmacist.

I scrambled though websites that offered travel advice and frantically begged MedicAlert to provide us a bracelet in time for his departure (they did). Why we hadn't done it sooner is beyond me. Perhaps it was the unconscious assumption that we would always be here to pick up the pieces.

Of course, while I was anticipating the worst, my son was blissfully oblivious. And why not? At that age, I felt unbreakable too, with as many lives as there are in any of his video games.

For Geoff, Japan was the motherlode. Apart from the technological riches the country possessed, he craved the history, the shoguns, the samurai swords, the temples – and most of all the people. He had a memory of teaching a Japanese classmate how to eat an Oreo cookie; now he wanted Japanese friends to teach him how to eat fish eyes and squid.

The night before he left, I talked to a counsellor from Epilepsy Toronto. I'll always cherish her words encouraging me to "celebrate the courage your son has shown to follow his dream."

A month later, one look at his well-worn map of the Tokyo subway system told me he had achieved more than we could have expected.

His self-esteem glowed like neon as he recounted stories of schoolgirls vying for a chance to have their photograph taken with this relatively gigantic, fair-haired gaijin.

His accumulation of rare and antique video games and systems, although beyond my comprehension and appreciation, announced a seasoned traveller undaunted by foreign-currency exchange and dark corners of commerce. The word "renaissance" came to mind when he waxed poetic about Zen gardens and bonsai.

And the seizures? Not a one. All my worry wasted, but in the name of love. He was no longer defined by his challenges, but by his accomplishments. And I too could reconstruct my niche in the universe, having survived yet another maternal baptism by fire. 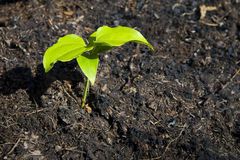