California therapist and author Susan Forward has treated enough families in the past few decades to know that the ties that bind can feel like a stranglehold for many people.

"So often they're the worst place for you," she says from her home in Southern California. In her new book, Mothers Who Can't Love: A Healing Guide for Daughters, Forward revisits a persistent dynamic she sees in her practice: daughters dealing with a spate of mother issues, from growing up under the thumb of a control freak to having to mother their own mothers.

But underlying all the teary tales is a belief in daughters' power to overcome. "I don't believe, unless you're psychotic, there's any wound that cannot be healed or at least closed over with some very effective scar tissue," Forward says.

I'm a mom. You've struck fear in me about the wide-ranging potential to be a bad mother.

I don't want to scare anybody. As long as you're cognizant of what some of the behaviours could be that would be hurtful, you're not going to do them. The main thing is if you make mistakes or do something that's hurtful, as long as you apologize, take responsibility, let your kid see you as human and as vulnerable, and let them know it's okay to make a mistake.

So, your previous book, Toxic Parents, didn't cover it? Why mothers and daughters?

Three or four months before I started the book, almost every person that was contacting me was a woman who had terrible mother issues. I also had many, many issues with my own mother and I didn't feel free to do this until she died, which was a year before I started the book. She was so paranoid and narcissistic she'd think I was doing this to punish her.

She was one of the archetypes in the book?

She was the "competitive narcissist," oh my God.

Those characteristics will resonate with many people. One of the refrains these moms use is, "Don't you say anything bad about me. I've done everything for you."

Right. "You don't know how tough I had it." The rationalizations, the denials. My mother was at the point where she would say things like, "I never said that. You're crazy. I never said that," and she had. Narcissistic people will do anything to keep from looking bad.

How taboo are bad moms? Worse than bad dads?

It's more acceptable to talk about bad dads because we think of men being louder, and if a man gets angry, he's had a bad day and that's just the way he is. It's much harder to say, "My mother was a bitch. My mother was awful to me."

But don't sons have it rough, too?

I have several men friends who have said to me this book is just as applicable to men as it is for women. All men have to do is change the gender. But there's something about that mother-daughter connection. She's your role model. Women define themselves by identifying with their mothers.

Can those mother-daughter relationships ever be repaired?

One of the worst, a mother who stood by while her husband was sexually abusing the daughter, had a hopeful outcome. The mother came in thin-lipped and very tense. She visibly, physically softened. Once they're crying, you got 'em. They're ready to go to another place. This mother did not want to lose this daughter. She was able to have the courage to say, "You're right. I was a coward." She said all the right stuff. I heard from that woman after she terminated therapy and she said, "We are working toward becoming friends."

What has worked for your patients – and you?

What worked for me was non-defensive behaviours, setting limits and boundaries. As far as the emotional work is concerned, I got to the point where I didn't get sucked into a lot of the stuff or overreact to the stabs and the jabs. I didn't mention this in the book because I didn't want it to sound like a memoir. And I don't think people want to see the expert as "damaged."

What percentage of these women are going to salvage a good or working relationship with their moms?

In terms of reunification, I would say less than half. The more damaged and the less the mother takes responsibility or is willing to be available for some kind of dialogue, the chances are good there won't be anything for them to go back to. In cases where the mother can soften a little bit – and you never know who it's going to be – you can set some ground rules and go step by step. You don't plunge in and go away for a month to Europe together. It has to be something felt little by little to see if this person is really amenable to change. You have to change, too, because you've been wimpy and passive and a scared little kid most of the time, even at 40 or 50. 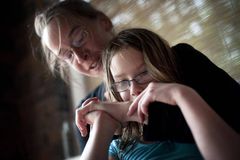 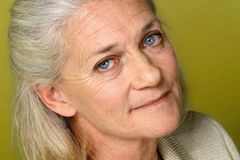 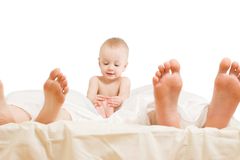 new
Confessions of a Tiger Mom: Why Chinese parenting is best
January 11, 2011 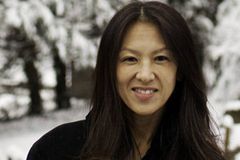 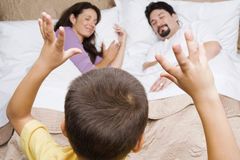