Good parenting can't change your child's hair or eye colour, but what if it could alter the genetic underpinnings for everything from anti-social behaviour to cardiac disease?

Letourneau, a mother of two, shares the best science has to offer and urges parents – and society – to take notes about just how nurture can trump nature.

We spoke to the research chair in parent-infant mental health from the Alberta Children's Hospital in Calgary.

What are the scientific findings you're most excited about?

We've learned that exposure to stress and adversity in childhood when you have a certain genotype puts you at greater risk for negative outcomes. At the same time what we're discovering is those same genotypes, under really great nurturing environmental conditions, produce great outcomes in kids.

What's some of the best research on this?

Maybe because I'm Canadian, but [McGill University researcher] Michael Meany's work with mice. It was all about maternal licking and grooming. Mice who licked and groomed their babies more had babies whose brains developed more optimally and they were more likely to be better mothers and to fit in well with the group of other mice. Behaviourally and structurally – functionally in their tissues – you saw a whole host of changes we'd associate with best outcomes in humans.

What are the various outcomes of different kinds of kids in those scenarios? You mention Thomas Boyce's theory that some kids are orchids and some are dandelions.

The dandelion kids, it doesn't seem to matter what their environment is, their genotype is protective. Not to give them short shrift, but they will do well regardless. But if you have a kid who is "high-reactive," like an orchid, if that child is not comforted, responded to, and their stress moderated, they can have a lot of behavioural problems later on. They can have mental health problems later on. I think a lot of people who end up in poverty are the orchids. In contrast, if that high-sensitivity child is nurtured and responded to and feels comfortable, they can do very well. Their genes are so tuned to the environment.

It doesn't seem as if, evolution-wise, orchids would survive natural selection.

These high-sensitivity kids, if they grow up in an environment where it's dog-eat-dog survival, what do you do? You grow up to be that fighter. Or that withdrawer. But it's an adaptation to survive in that environment.

With these kids, the way you do it is you nurture them and help them manage their stress until they're able to do it on their own. Parents are their kids' stress response system.

What goes wrong for at-risk kids?

Parenting affects not only mental health, behavioural addictions, addictions to substances, cardiac disease, inflammatory disorders. You name it. The origins of so many conditions we think are related to life choices. You make poor eating choices, you become obese, you end up with cardiac problems. Those things all seem to be underpinned by your early exposures. Kids who have toxic stressors like poverty, violence and parents with mental-health problems are vulnerable to all these problems in adulthood.

What's the real-life example of how parenting can overcome a genetic predisposition?

If your child is at a new day care and it seems to be stressing out that kid a lot, do things that seem to moderate the child's response. Stay a little longer at the day care, pick the child up a little earlier. Do a little more than for the kid who seems adaptable.

This is a challenge for parents. I work with mothers with depression and we tell them to "fake it till you make it."

The way you protect your child from having a chronic stress response is to simply pay attention to your child and respond in a way that's going to make them more comfortable.

But you're not advocating we all become helicopter parents?

This kind of advice gets taken up by parents who are already doing a great job. That's when they become the helicopter parents. If you're encouraging your child's independence at developmentally appropriate times that's all you need to do.

It's not the day-to-day stresses that will make or break a child. It's the chronic stress. If a kid is being bullied, that's a time to check in and, sure, be a helicopter. If it's just a tiff with friends or homework, kids need to have those stressors.

What of kid characteristics are the most important to notice in potential orchid kids?

Let me put it a different way. A sensitive parent is one who notices what their kid likes, what they don't like and helping them do things to engage longer in an activity that they like. Just be that parent.

If a kid likes hockey and the parent encourages them [and] the kid says, "I don't want to go," the sensitive parent says "What's going on? Is it not something you want to do or is something else going on?" It's very contextual.

So, for you, diving into genetics isn't so much about explaining the inevitable, but highlighting where to jump in and reset?

The solutions are right there. And families are the engines of society. Don't we want the best people?

We need to provide adequate supports to families. Everyone stands to benefit from helping parents be the kinds of parents their kids need them to be.

Editor's note: An earlier version of this article incorrectly stated the name of the co-author of the book Scientific Parenting. He is Justin Joschko, not Joshko as originally published.

How daughters can deal with the damage inflicted by bad mothers
September 26, 2013 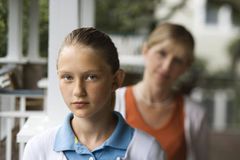 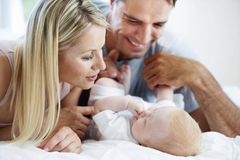 How can I prevent my baby from feeling separation anxiety?
September 20, 2013 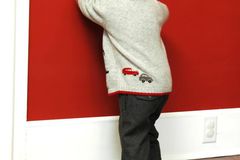 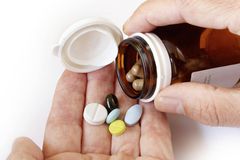 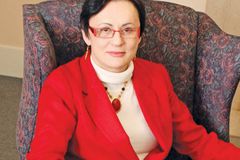