Having sworn off meat for ethical and philosophical reasons, Ms. Cronish was a stickler for adhering to a healthy, organic, plant-based diet. But by the age of 6, her children were sampling all kinds of meat, sweets and processed food outside the home – and to her horror, they loved them.

As she discovered, food fights can drive a serious wedge between family members. Whether you have a mother who keeps a strict kosher diet, a son who refuses to eat anything but Kraft Dinner, or a husband who insists on macrobiotic foods, how do you keep the peace at the dinner table?

Ms. Cronish, co-author of the new cookbook Everyday Flexitarian: Recipes for Vegetarians & Meat Lovers Alike, says she eventually learned to choke back her hostility toward meat (although she still doesn't eat it). She prepares meals with an optional meat component. She tells The Globe why her family's happier for it.

Did you go through a food battle with your own parents when you decided to become vegetarian?

I became vegetarian at 17 and then I went away to university, but my mother was not happy. She felt that being vegetarian was not a healthy choice. She has never come around. My mother just turned 90 and she will tell you what I liked to eat before the switch. She'll say, "She loved my chicken fricassee. I don't know what happened."

You've compared meat to cigarettes, cocaine and white sugar. So what was it like when your children started wanting to eat it?

I think my daughter was 5, and someone gave her a plate and there was some pulled pork on it, and she ate it – and loved it. She also wanted to drink milk. I remember her alternative school phoning me, asking me if it was all right.

You say you were initially very angry.

I was furious. I said, "No, we're not having any meat in our house." They didn't share my ethical values. It really, really was hard to take. And they were also very curious about food. They would go to people's houses, and they would ask to taste things. I wasn't always there to watch over their shoulder. At the same time, I was very concerned about [healthy eating] We never had pop in the house. I never baked with sugar. And candy? I used to give Magic Markers out at Halloween. As they got older, it was, "No, Mom. We can't do that any more." I didn't want to behave like a dictator. I had to bend. I'd rather they eat a small quantity of good-quality meat than horrible meat.

I was determined to be very open-minded, and I didn't want food to be a source of tension. I didn't want my kids developing bad patterns or being picky about the food they eat. I think you have to offer choice. My two older children have wonderful taste buds and are adventurous. My 11-year-old son, all he wants to eat is pizza with pepperoni slices. He only likes three vegetables: cucumbers, carrots and green beans.

How do you deal with that?

I make sure I give him lots of them.

Food can bring people together, but it sounds like it can also drive families apart.

It really, really can. When my eldest son was younger, he'd go to someone's home and he'd be afraid to tell me what he ate. That's when the penny dropped. I didn't want him to be afraid to talk to me about anything.

Food is just like pot or it's just like booze. It becomes more attractive when it's not allowed. And if you just say, "you can't do that," and your reasons don't make any sense to them, they'll find a way to do it.

What was your husband's role in all this?

There was a time when my husband had to prepare the meat for my kids. I don't like touching meat. He was the negotiator. He put the inconvenient truths right between my eyes. He more or less said, "Well, Nettie, you can have an unpleasant family, or you have to be more accepting and let them figure out what they want to do."

Do you still harbour hopes that your children [now 22, 19, and 11]will go back to being vegetarian?

Yes. What's pretty funny is a lot of my kids' friends think it's so neat that I'm a veg chef. And to the kids, it's like, "What? You think that's cool?" 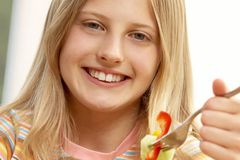 Pita pizzas with veggies and chicken
April 7, 2011
Pregnancy made her do it: Natalie Portman ditches veganism
April 12, 2011 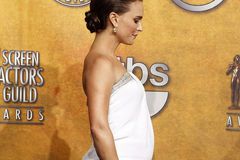 How to convert your picky eater
March 11, 2009
Follow Wency Leung on Twitter @wencyleung
Report an error Editorial code of conduct
Due to technical reasons, we have temporarily removed commenting from our articles. We hope to have this fixed soon. Thank you for your patience. If you are looking to give feedback on our new site, please send it along to feedback@globeandmail.com. If you want to write a letter to the editor, please forward to letters@globeandmail.com.
Comments