Health experts doled out plenty of parenting advice in 2017, including new national guidelines on screen time, sedentary behaviour and sleep to help Canadian parents understand just what's healthy for their children and what isn't. Guides can be an important asset for any parent, but they can also feel like another list of to-dos when they bump up against real-world demands, such as putting dinner on the table at the 6 o'clock rush. The Globe and Mail's Dave McGinn asked five experts for their most essential tip to put parents on the right path for the year ahead – and how they make them work in their own homes.

Use sedentary time in a positive way

Dr. Mark Tremblay, director of Healthy Active Living and Obesity Research (HALO) at Ottawa's Children's Hospital of Eastern Ontario. Father of four kids between the ages of 18 and 26.

"When our oldest child was young was when they came out with the Gameboy," Dr. Tremblay says. "We didn't buy them for the kids, but we knew that when they went over to friends' houses for birthdays or sleepovers that that's all they did. And that's okay. Kept to a special event, these things that we know are unhealthy are okay. We just need to keep them in that context."

Sedentary time has often been presented to parents as an unconditional evil. But there is such a thing as good sedentary time, says Dr. Tremblay, who co-authored new guidelines developed by HALO, the Canadian Society for Exercise Physiology, the Public Health Agency of Canada, ParticipAction and others released in November.

"Certainly in the early years, [children] require sedentary time," he says. "Very active growth is going on and that consumes energy and requires time to do its thing, whether that's laying down bone or muscle or whatever."

But try not to rely on screens: Too much of that can cause a range of issues for children ages 4 and under, including "attentional issues, language development, problem-solving skills, executive functions and problems getting to sleep," Dr. Tremblay says.

Instead, read a story, make one up, or do a puzzle or board game, he suggests. "Something that is in three dimensions and ideally involves voice communication."

And remember, children 4 and under shouldn't be sedentary for more than 30 minutes at a time. So read a book and then go play, Dr. Tremblay says.

In a position statement released earlier this year that Dr. Ponti was at the centre of drafting, the Canadian Paediatric Society put forward four principles when it comes to kids and screens: Minimize screen time, mitigate the damage, model healthy use and use screens mindfully.

It's the mindfulness piece that too many of us are ignoring, Dr. Ponti says.

"Use technology to complement your life as a family, not as a distraction to family life," she says. "Screen time and technology tends to replace or displace other learning opportunities."

When it comes to using screens more mindfully, one good place to start is to simply not have screens on in the background. If you are cooking dinner, turn the TV off. If you're hanging out in the living room, put your phones away.

"We know parents ask fewer questions, they talk less [and] engage less with their kids when there is a screen on," Dr. Ponti says.

Ban screens from the bedroom

"Having two kids in university, the sleep issue is a significant one that I'm always promoting to them. Certainly they're adults now and they make their own decisions, but it's a big issue for young adults as well," he says.

Sleep, activity and screen time are all seen as interrelated in the new guidelines that ParticipACTION helped develop on what a healthy day should look like for children in Canada. After all, too much screen time can have a major impact on how a child sleeps.

"With respect to sleep, one thing the research has been saying very clearly is take screens out of the bedroom completely," Mr. Antunes says. "That's one fairly simple thing that you can do that will have a significant impact on the quality of sleep of that child."

Many kids will look at screens into the long hours of the night, whether it's a tablet or a cellphone, Mr. Antunes says.

The light from these devices can inhibit production of melatonin, a key sleep hormone. Plus, wondering if a post is getting "likes," or hearing notifications ding, is enough to keep kids up. Taking all screens out of bedrooms solves both problems.

"It's important to establish these habits early. If it's just not acceptable to have a screen in your room when you're very young, you're more likely to carry on that habit as you grow older," Mr. Antunes says.

Establish a media-use plan for the whole family

Dr. Dimitri Christakis, director of the Center for Child Health, Behaviour and Development at Seattle Children's Hospital. Father of two, ages 17 and 19.

"Screens are taking over our lives, and they are doing it without any kind of intentionality on our part," says Dr. Christakis, who helped author the American Academy of Pediatrics's family media plan. "We don't take control of our devices, we let them control us."

Creating a family media-use plan will answer those questions and help families use screens more deliberatively, Dr. Christakis says. The plan should cover both when the family will use screens and, just as importantly, when they won't, he says. For example, no screens at the table, or no checking phones at the park.

"As difficult as it is for parents to count all the times and ways their children are plugged in, it is possible and easy to know when they are not plugged in," he says.

And one rule of thumb: It's best to ban screens from bedrooms and the dinner table, Dr. Christakis says.

Whatever your plan is, it is much, much better than no plan at all.

Brian Storey, president and CEO of Physical Health and Education Canada, a professional organization for physical and health educators. Father of a 16-year-old.

It might be tempting to sign your children up for organized sports, but if they are four years old or younger, opt instead for running around outdoors, says Dr. Storey.

"Take them out, whether it's in nature, parks, playgrounds. But avoid early organized sport in the preschool age," he says.

"If kids play only indoor soccer in a gym, all they do is run around on a smooth, polished surface. So their body doesn't adapt to making decisions about stepping over sticks, running on gravel, learning not to slip when it's wet, turning a corner on grass," he says. "Very basic things that we do playing outside get lost when we start to structure the environment in rigid ways."

So, play tag, capture the flag or any outdoor game you can think of, Dr. Storey says. But make sure to go for no-pressure activities that will boost a kid's enjoyment and confidence.

"It's really important for them to feel competent and successful on their first few outings," Dr. Storey says. "I chose to find a bike community [when my son was young] where there were other children his age riding. Now he's an avid bike racer." 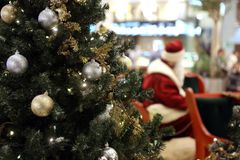 Should you be worried about the arsenic in your baby food?
December 12, 2017
Being needed is exhausting, but can be very rewarding
November 22, 2017 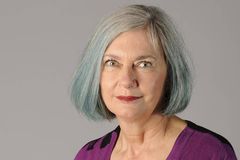