Talking to your children about drugs has never been easy. Now, with the upcoming legalization of cannabis and the proliferation of fentanyl, it's probably never been more important. But how does a parent win their children's trust? How do you even begin?

First, don't bother with commanding them to simply not do drugs, says Danielle Sutherland, the curriculum director at Skylark Children, Youth & Families, a Toronto-based charity that runs drug education programs for youth and parents. "We talk about the benefits and harms and we try to reduce the stigma around drug use so that youth feel they can have a real conversation with us," she says. The Globe and Mail's Dave McGinn spoke to Sutherland about how to start that real – and potentially awkward – conversation.

The benefits of a drug? How would a parent describe those? I'm sure that's something that would make a lot of parents uncomfortable.

It's about thinking about what are the drugs in their own life that a parent uses? What are the reasons you might have a cup of coffee in the morning? Caffeine is a drug. I use it because it helps me wake up, it helps me feel alert. But I know that if I have a cup of coffee at 11 o'clock at night, I'm not going to sleep. Or if it's alcohol, I know that if I drink a bunch of red wine that gives me a headache.

But that's not saying, drugs are great, go get high.

We're not telling you to let your kids go smoke pot in the basement. We're saying that if you are going to bring up substances with your kid, you need to do it in a way that makes them feel like they can actually talk to you. I remember my parents trying to have this conversation with me and I wouldn't tell them anything because I was sure I'd get in trouble.

It's about being honest: I don't want you to get in to trouble, I don't want something bad to happen to you. But I do want you to feel like if you do need to tell me something, then you can. So let's talk about some of the reasons why you do want to smoke pot.

It's not going to happen with one conversation. You have to stick with this, being open, talking about benefits and harms, trying to build trust with them.

When should a parent begin having these conversations with their children?

It depends on the kid and where they're living, what kind of experience that person is having with substances. I think right now with cannabis legalization, it's all over the news. At the point where you think they might know what cannabis is, [have] a conversation about what it is. And have a real conversation, not "It's a terrible thing and if you use it your leg will fall off."

So, don't just command your children to not do drugs?

If you tell a kid no, they want to know why. And it's not just telling them that it's illegal, either. The better message is, what are the reasons why? What are the benefits and harms for you?

If my children were teenagers I would want to put the fear of God into them about anything that might have fentanyl in it. Should you do that? How do you do that?

If we're talking about your standard kid walking around Toronto, they've heard of fentanyl. They might have their own fear of God in them. The most common drug that young people are using is alcohol. How many people know someone who's been impacted by a drunk driver? Lots of people, but it still doesn't stop them from drinking. That whole fear of God, fear tactic thing, it doesn't work. What works for them is information and making their own informed decision.

Realistically, I'd say that if a young person is interested in drugs they're going to get their hands on them. It's like when we tried to do abstinence education around sex. Telling them "don't have sex" didn't work, and then, especially in the States, we had super high instances of teen pregnancy. We weren't educating them, we just said don't have sex. If they're going to go down that path, wouldn't you rather give them the information so that they can make a healthier choice?

How forthright should a parent be about their own past drug use?

That's a hard question. It depends on your kid and your relationship with your kid. Some parents don't want to break that wall. You always want to balance it no matter what you do.

If I was talking to a teenager I would want to know what drugs are even out there these days.

That's also a really good strategy, playing dumb with your kid and saying "I know there's cannabis out there, but what else?" You've just opened a door to having a conversation where they can talk to you hypothetically. They're not necessarily telling you the drugs they've tried.

Can you be a good parent, a responsible parent, if you tell your child, "I don't mind if you smoke a joint once in a while, but just stay away from X, Y and Z?"

I absolutely think you can be a good parent and do that. And it doesn't mean that all parents should do that.

Does the conversation differ if you've already caught your child using drugs?

Not necessarily. It doesn't have to be different. If you're trying to set boundaries with them and your boundary is they can't use in the house, then you can stick with that boundary. But you can still have the exact same conversations. It's about opening the door to the conversation so that they can have that openness with you. 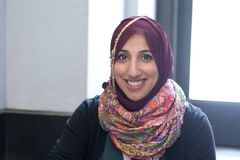 Mental-health experts underscore dangers of youth cannabis use
June 5, 2018
Amid overdose crisis, dialogue on drug use critical, addiction experts say
May 4, 2017
Can Canada aggressively lower tobacco use by 2035?
March 1, 2017
Follow Dave McGinn on Twitter @Dave_McGinn
Report an error Editorial code of conduct
Due to technical reasons, we have temporarily removed commenting from our articles. We hope to have this fixed soon. Thank you for your patience. If you are looking to give feedback on our new site, please send it along to feedback@globeandmail.com. If you want to write a letter to the editor, please forward to letters@globeandmail.com.
Comments