Every morning at approximately 8:48 a.m., I pass it. The brick building that I visited many times as a child and that once seemed so grand, now a miniature playhouse in my mind.

My father used to live there, along with 549 other inmates. When I'd visit, as I often did, we'd chat and laugh -through a glass wall, telephones in hand.

For me, it was normal. It was all I knew. And I relished connecting with him. It was one of the most important relationships in my life, and still is today.

Experts say the years before you turn 5 are the most important. I must be lucky then. The day he was arrested on drug-related charges, the day I smiled at the policeman in our home, the day that everything changed was six months before my sixth birthday.

Over the years, the weekly commutes to visit my father became rituals. Eventually, after several years, we were allowed real visits when he was moved to a lower-security facility. The kind of visits where you can hug and tickle, where a conversation's connection doesn't depend on the distorted and crackly voice coming through the telephone, where words can be freely exchanged without the clock ticking, reminding you that time is slipping, moving faster than it should, faster than you'd like.

We've always shared a sense of understanding, my father and I. We can look at one another and know what the other is thinking. We get each other.

You'd think his absence would have prevented him from making rules, enforcing discipline and participating in the day-to-day of my childhood, but that wasn't so. He wrote me every week, and I often go back and read what's left of the folded, disintegrating letters. He'd tell me stories and I'd draw him fashion designs and mock-up magazines.

In person, we'd talk, not just speak. His life lessons, never cliché but always earnest, struck a chord with me and I soaked up every word. He told me that not having a father had been a detriment to his ego and that he'd overcompensated by feeling infallible well into his 30s. He spoke of the shame he'd caused his family and how there were times when he almost cracked. Being isolated from his family. From love. From who he used to be.

Other children looked forward to Saturdays, long stretches of time when their fathers would take them to swimming or hockey lessons, to the park for a walk or for an ice-cream cone. I could barely sleep with anticipation, getting up as early as 5 a.m. to hop in the car for the two-hour drive ahead.

The ice cream I was missing paled in comparison with the sweet joy of simply "being" with my dad. To have our chats, to share outdoor barbecues with my father and other families who would gather. Most children have school friends and neighbourhood friends. I had those too, but I also had my jail friends. The girls and boys with whom I would run around and play tag, not truly comprehending why these individuals probably understood me and my life far better than anyone else.

My mother, who had long since separated from my father and was close to remarrying, would often ask me about my feelings, trying to uncover some inadequacy I felt, pressing for details and expressions that might make sense. How could I be okay?

But how could I not? As a child, the word jail means nothing, and this proved itself when my stepmother broke the news to me a few months after my father's arrest. She took me for an ice cream, and as we sat in her car in the parking lot, she explained why the police had been at our home, what it all meant, how my father would not be returning any time soon.

Yes, I cried. But only because I thought I was supposed to. I couldn't comprehend the magnitude. I just did what all kids learn to do around this age, intuitively gauge what an adult wants from you and serve it up, all the while holding one's breath while waiting for approval.

I was 11 when my father finally came home. I learned all about responsibility when he signed me up for a part-time job serving ice cream at the beach. I acted excited, though like most 11-year-olds, all I wanted to do was park myself in front of the television all summer long. But I wanted to please him, wanted to earn those extra smiles, all the ones I'd missed.

Years later, as I stare out the window while I pass that brick building on my daily commute to work, I often wonder if I lost something. If those special years that others had with their fathers, the ones I didn't, if they harmed me in some way. Am I really that different? Do I have attachment issues?

I still live at home, but so does every other twentysomething I know. They still enjoy home-cooked meals, pristinely arranged households and all bills paid for by their parents.

When I think about moving out, I know it's not time yet. It's not the conveniences that come from living a life almost free of responsibility, although that's a bonus.

I'm not ready to give up the small inner burst of joy I get every morning when my dad pops his head into my bedroom and says, "Morning, Mini," a nickname I've kept far too many years. I growl and tell him to "get out!" since it's hours before I need to get up. But I can't help smiling.

After their release, most mentally ill offenders left unchecked
December 13, 2010 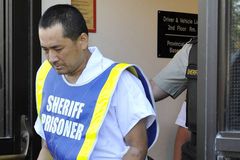 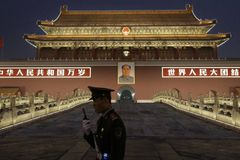