The number of childless women today is vast and growing. According to the most recent figures, one in five women in Canada, Britain, the United States, Ireland and Australia are hitting their mid-40s without having foisted their genetic issue upon the planet. That's double the number from a generation ago and the highest number since the heavy casualties of the First and Second World Wars left a generation of "surplus" single women with no one to reproduce with. The latest U.S. census revealed that almost half of women of child-bearing age don't have kids – a rise of 35 per cent since the mid-seventies. And in Britain, a third of women with postsecondary education will remain childless.

They've been called the Nomos (not-mothers), who have entered a state of "otherhood" (like motherhood without the "m"). These women are our girlfriends, sisters, colleagues, neighbours and partners. They are also a misunderstood tribe, according to the U.S. writer Melanie Notkin, whose fascinating new book, Otherhood, looks at the reasons so many women hitting the end of their fertility window today (i.e., women in their late-30s to mid-40s) did not choose to forgo motherhood and are understandably a bit wistful about the road not taken. She calls it "circumstantial infertility" – in which a woman with conventional expectations of partnership and parenthood ends up finding neither before age 40.

Characterizing this situation as a "choice" does a disservice to the complicated and very modern situation in which such women have found themselves, says Notkin. "The assumption is that having children or finding a partner was something we decided against, when often nothing could be further from the truth. For many childless women, it's about finding the right partner at the right time, and that can take a lot longer than in generations past. In some cases too long."

This description certainly fits most of my childless, single girlfriends. For the most part, they are clever, attractive, successful women who grew up thinking they'd meet "the one" and have babies, and then that simply didn't happen. They are happy, but a bit surprised by this turn of events. For many, there was a period of sadness and mourning. But what impresses me most is how great their lives are sans kids. I'm not talking about all the boring stuff they don't have to do as non-parents, but the amazing stuff they do do that most of my parent friends don't, such as extensive travel, learning new languages and training for the Iron Woman. They all look bloody amazing, because all the effort wives and mothers pour into caring for other people they pour into caring for themselves – and it shows.

Interestingly, the numbers also bear this out. Study after study into the effects of marriage on both genders has found that while married men with children seem to benefit from having a family, women do not. Sociologists even have a name for it, the "marriage benefit imbalance." Married fathers tend to be richer, healthier, better educated and live longer than their single childless counterparts. They are far less likely to struggle with depression or stress-related illness or be the victims of violent crime. For women, the opposite is true. When a woman decides to marry and procreate, her earning power drops immediately by roughly 7 per cent (U.S. numbers) and her chances of becoming ill or being abused or even murdered (usually by her spouse) sharply rise. The fewer children a woman chooses to have, the better off she is likely to be. And if she chooses not to have a baby, she'll be the best off of all, particularly if she is educated and gainfully employed.

So how come so many of us are still so anxious to get married-off and babied-up? Part of it is social status, of course, but another part is simply biological, according to Notkin. "We don't need men but we want men. It's part of a nesting instinct to partner up and procreate – it's satisfies a deep existential yearning."

This is where I part company with Notkin. It's much easier to see the benefits of a childless life if you know what it is to be a parent, for the simple reason that you have experienced both states. Before I had my son, I was terrified I would never have children – but once he appeared I quickly realized that motherhood (as with all things in life) is just a choice among choices, though admittedly one of the harder ones to reverse.

The old adage "wherever you go, there you are," applies to motherhood and marriage just as much as it does to anything else in life. That gnawing sense of emptiness you feel in the pit of your stomach? No soulmate or cherished baby is ever going to obliterate it for you. The only person who can contend with the deep-down scary you-ness of you is yourself.

But for the unintentionally childless, the road not taken is often a complicated thing to come to terms with, simply because there's a lingering sense of "what if?" This is especially true if the decision to stay single and/or unencumbered wasn't quite the life a woman imagined but one that's been thrust upon her through a funny combination of happenstance and timing. The irony is that this growing tribe of women ambivalently entering "otherhood" is probably going to be all the better off for it in the long run. And they'll look good too.

Delay having a baby? Make sure you understand the consequences (before it’s too late)
June 10, 2014 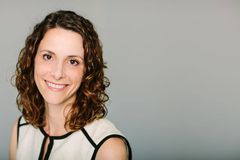 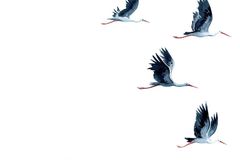 Men: What if that ticking sound is your biological clock?
March 1, 2014 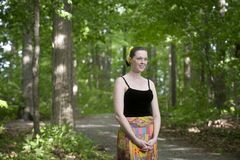