We have taken the boys to a water park. We didn't intend to, but the Spanish island where we're spending our summer holidays – an island known for its glorious beaches, Cervantes-esque windmills and sweet, fat prawns – is also plastered with billboards featuring kids kissing dead-eyed dolphins and bombing down waterslides. The six-year-old can read now (why do they teach children to do this so young?) so the primal chant of "AquaLAND! AquaLAND!" filled the car from the airport to the rental house. My husband and I held out for a couple of days hoping he might forget but soon the two-year-old got in on the act. By day four we could no longer fob them off with ice cream, Fanta and inflatable beach toys. So here we are.

And – no surprise – we are not alone. By the time we line up to get in, only an hour after opening, the queues for the bigger slides are already as long as those outside the trendiest Ibiza nightclubs and far more provocatively dressed. Middle-aged dads, already teetering on the brink of heat exhaustion an hour before noon, shift from one man-sandle to the other, in their slushie-stained Speedos. Mothers in tankinis kneel in the dry grass changing swim diapers with one hand and searching for wipes with the other. Only the children look happy. They express this by screaming, en masse and in unison, running in barefoot circles and punching each other with water wings. The older ones hurl themselves off the sheer drop slides like lemmings over a slick cliff, then run to line up and do it again.

In the wave pool, a throng of families sway in bovine suspense, waiting for the machine-generated swells to arrive. When they do, everyone cheers half-heartedly and pretends to be amazed. The water is so warm it's almost like a crowded, chlorinated, concrete-bottomed version of the Mediterranean – the real-life version of which is only a 10-minute drive away.

Scenes like this are unfolding all over the world. The dog days of August signal the high season for theme parks from the old-school CNE and the PNE to Legoland and the Wizarding World of Harry Potter. They are fake, factory-manufactured versions of fun. Plastic monuments of branded hyper-indulgence designed to evoke a kind of shrink-wrapped childish wonder through a toxic combination of sugar, physical danger and unfettered expenditure.

And every summer, we hear the theme-park horror stories. This year, it was two dozen people left dangling mid-air for two hours on the Magic Mountain ride at Six Flags in Valencia, Calif. Last year, some poor woman died falling out of a roller coaster in Texas. Around the same time the Center for Injury Research and Policy at the Nationwide Children's Hospital in Columbus, Ohio, released a study that found 93,000 children under 18 were admitted to U.S. emergency rooms for injuries between 1990 and 2010. Though statistics on amusement park-related deaths are not available, the researchers estimated that a child is hospitalized once every three days as a result of a carnival or theme park ride.

And this is to say nothing of the psychological and financial toll that these hellacious institutions take on otherwise sane and fiscally responsible adults. They serve as a terrifying and all-encompassing reminder that everything children flat-out adore, responsible, healthy and mentally stable adults do their best to avoid. What theme parks do is take these things – brain-joggling rides, two-hour-lineups in the blazing sun, public toilets with wet floors and giant Popsicles the colour of antifreeze – and put them together into one single, sensory-overloading, wallet-lightening day of torture.

Thinking parents do their best to avoid theme parks most of the time. And yet, the numbers show most of us break down in the end. Across the Western world, branded theme parks are generally on the rise. Hello Kitty Land is under construction in the UK and soon you can go to Russia to experience an Angry Birds theme park. Last year, one estimate put American revenues at $13.4 billion (U.S.) – a figure that makes a mockery of Disney blockbusters and Major League Baseball combined.

Perhaps its because theme parks are so old that they seem so culturally mandatory. The world's first amusement park appeared north of Copenhagen, Denmark in 1583. And London's Vauxhall Pleasure Garden opened in 1661, complete with admission fee, tightrope walkers, hot air balloon rides and "kissing mazes" for lovers. The industrial revolution brought the steam engine and with it the carousel and eventually the roller coaster. By the late 1900s the theme park was the most popular way for the emerging middle classes to spend their wages on entertainment.

But somewhere along the line, family fun became entirely kid-focused. (Only a worryingly immature adult – or possibly a drunk one – could actually enjoy Legoland for its own sake). Discerning grownups dislike theme parks because there is so little for us there. It's all part of the new "child-centred" world order.

Of course there are ways around it. When I was in high school in Toronto, my boyfriend and I realized we could quit our summer jobs early and make money by taking our parents' friends children to Canada's Wonderland. We had season's passes and the academics and media types in our neighbourhood were willing to pay good coin to have us take little Laurel and Hayden for a spin on the Ghoster Coaster. I remember being handed wads of cash by near-tearful working mothers who looked so relieved they were being saved the pain of the annual trip to Wonderland they could have kissed us.

Now that I am that mother I find myself swimming with the sharks at Aqualand. Next year I'm hiring a teenager and spending the day on the beach with a cold glass of cava. 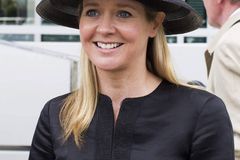 Ban anyone born this century from buying cigarettes? This mother approves
July 3, 2014 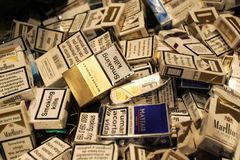