Roughhousing doesn't appeal to me. I know I am probably in the minority on this, especially with men, but there it is. It wasn't a game I enjoyed as a kid, growing up in a family dominated by females – three sisters, legions of aunts. Occasionally, a male visitor would tickle me until I was gasping for breath or laughing so hard I feared I would wet my pants, a huge humiliation.

Sometimes, an older male would "accidentally" rub my crotch while swinging me in the air. Nobody interfered. I didn't tell anybody. That's just the way it was, but it has left me with an aversion to adults wrestling on the floor with small children, throwing babies up in the air like footballs, or swinging them around in what is euphemistically called "flying baby airplane."

And yet, parenting experts have been saying for years that rough play between adults and children helps kids learn to set boundaries and to manage their emotions – self-control skills they will need in adult relationships as lovers, partners and parents. Richard Fletcher, leader of the Fathers and Families Research Program at the University of Newcastle in Australia, told ABC News for a Father's Day item back in 2011, that "rough and tumble" play can help preschool children build self-confidence and concentration skills, especially when Dad allows himself to be dominated or defeated on the living room carpet.

I learned to love boyish physicality from my son. I was surprised to give birth to a tiny creature, who looked just like me, but was indisputably male. His primal energy, his need to kick balls and run around trees, his ability to build nuclear arsenals out of Lego fascinated me. I grew to love team sports – especially soccer – and hugs camouflaged as strangleholds when he grew too old to climb into my lap for a cuddle. Roughhousing was something else, especially since he had a younger sister who wasn't interested in that kind of play.

At five, my granddaughters are very physical, but mostly it plays out in swimming pools, beaches, ski hills and urban parks where they push each other to teeter harder, climb higher and swing faster on playground equipment. Fine with me, although I do exhort them to hold on with both hands and feet as I watch anxiously, hoping they will exhaust themselves enough to sit quietly at home afterward while I read them stories and perhaps drink a glass of "granny juice."

The girls play differently with their grandfathers and uncles. They beg my husband to become a tickle monster and shriek in delighted fear when a looming six-foot-tall creature struts toward them in a variation on the Monster Mash or leaps out from behind a door frame to grab them. At some point the girls will race over to me, demanding that I protect them from the scary monster – and I know they play the same way with their other grandparents.

On one level, they are expanding the "game," to include another person, by enlisting me in the traditional and stereotypical role of nurturer/comforter, but I also read their cries as a signal that what began as fun is teetering on the edge of hysteria, tears and possibly physical harm as the revved-up girls race around the house to escape the monster.

So, I shield them behind me for a moment and then try toning it down by suggesting we play something else, such as a puzzle, a card game or building a fort out of the chesterfield cushions. Am I a spoilsport, or an escape hatch when the girls sense the roughhousing is going too far? I don't know, but I'd love to hear your views.

What will happen when their little brother is their age? Will the play become even more physical? One of my friends, the mother of three sons, jokingly said that you don't need to roughhouse with boys because they will soon be doing it by themselves. That seems to be the story. Dads love roughhousing, but moms don't.

The reason is obvious, says clinical psychologist Eileen Kennedy-Moore. "They don't want anyone to get hurt," she explained in a 2015 article in Psychology Today.

How kids roughhouse, as friendly jousting or what my friend calls "homicidal glee," can depend on the lessons they learn from roughhousing with their fathers. In fact, says Kennedy-Moore, "research tells us that, over all, rough play turns into a real fight only about 1 per cent of the time among elementary school boys."

Discerning the difference, apparently, depends on watching boys' facial expressions as they tumble and wrestle. "In rough play, kids are smiling and having a good time; in real fights, they're angry or crying," Kennedy-Moore says. That's a message for dads. Take your prompts from your kids. If they have tipped from boisterous into furious, it is a cue for a time out – for everybody.

For many grandparents, being cut off from grandkids is a major worry
January 5, 2017
Babysitting, okay. But as a granny, do I also have to dogsit?
December 8, 2016 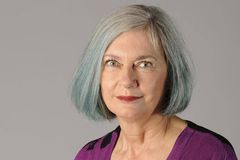 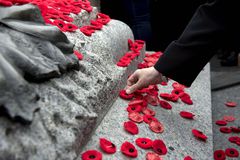