If only children were as omnivorous in their literary consumption as they are voracious. At any given time, my son James only seems to want two or three books in rotation, ad nauseam, until we are both so sick of them mummy needs to bring her wine upstairs for bedtime. Lately, mercifully, these books have been oldies but goodies – Where the Wild Things Are, Alexander and the Terrible, Horrible, No Good, Very Bad Day and even a dog-eared copy of Winnie the Pooh from my own childhood library.

I first noticed James's peculiar interest in depressives and grouches in his growing fixation on Eeyore. ("Is he disappointed? Why does he never feel better?") And similarly with Max, the naughty, melancholic protagonist of Maurice Sendak's classic fantasy tale who ends up colonizing a kingdom of yellow-eyed monsters after his mother sends him to bed without dinner. James is obsessed with this detail ("Can I have no dinner?") and also with Max's mental state, which vacillates between rage, guilt, homesickness and an imperialistic need to dominate every creature around him. Max is an irascible little git in a pyjama suit and James, being a three-year-old bird of a feather, identifies wholeheartedly.

Same goes with Alexander – perhaps the most spectacular misery-guts in the history of children's literature – and a character for whom James reserves nearly boundless amounts of unconditional love.

In case you haven't read the book lately, Alexander and the Terrible, Horrible, No Good, Very Bad Day is about a boy who has a dull and dispiriting day in which every bad thing that could happen to him does. No major tragedies, just a lot of crappy little irritations, and the cumulative effect is to make his bad mood worse. It's a classic, they even made a movie a few years back. What strikes me most about these books is how they refuse to conform to the current vogue for children's stories about characters triumphing over adversity through the power of positive thinking. Much has been written over the years about the sanitation of children's literature, most notably the lucrative gloss-over Disney did on the ghoulish Brothers Grimm. But there is another janitorial force out there and that is the insidious rise of positive psychology, with its glib emphasis on happiness (as opposed to less-exciting-but-more-sustainable contentment) and mind-over-matter thinking. Nowhere is this irritating, happy-faced scourge more apparent in our culture than the stories we tell our children.

From The Gruffalo to Frozen to Peppa Pig to that ghastly dinosaur who can't control his bowels, the plot of nearly every single hit children's book, TV show and movie in the past five to 10 years can be boiled down to the following synopsis: The hero has a mission. The mission encounters a problem. After a struggle, our hero manages to accomplish his mission by harnessing his inner reserves of optimism and courage.

I've got nothing against optimism and courage – I admire the bluster of the little brown mouse walking along through the deep dark wood and having the cojones to make up a bunch of guff about a monster just to scare off his predators. Go mouse! But I think that the reason James's literary tastes have turned a bit retro-gloomy demonstrates that the Oprah-anointed Disney/Pixar prototype, while superficially effective, doesn't resonate on a deeper level with kids.

Today we have the sanitized versions of these icons of grumpiness – the chubby blue sniveller from Inside Out springs to mind or the old man in Up – but for the most part these characters serve as mere plot functions. Rather than being fully formed characters, they are the adversity over which the key characters must triumph in order to succeed.

James, like most small children, spends a lot of his day feeling frustrated and sick of` people telling him what not to do – an occupational hazard of being a curious child living in an adult world – and so he responds quite naturally to characters who are generally out of sorts. I don't mean people like Queen Elsa, who have to overcome their crippling fears in order to grasp the power of epic love. I mean kids like Alexander, who end up crying because the elevator door just closed on his foot after the dentist found a cavity and his brother pushed him in a puddle.

So much of life is just getting on with stuff even when you don't feel like it. Growing up, in large part, is making your peace with that. James is attracted to characters who make him feel a bit better about life's daily tribulations, not worse.

When I was a kid in the late 1970s and early eighties, there were all these characters whose sole purpose was to make kids feel okay about being in a foul mood. Think of Oscar the Grouch, Mr. Grumpy, Statler and Waldorf (the hecklers in The Muppet Show) or even Archie Bunker from All in The Family – yes I know he's not a kid's character but there were only a few channels back then so we had to make do. These guys (and it's interesting, even instructive, that they were all male) were so much more vivid to me than their cheerful, upbeat counterparts because they transmitted a sort of emotional veracity I just couldn't get from the likes of Kermit and Mr. Happy.

Maybe it was just because I had a mother who sat around smoking cigarillos and listening to Joni Mitchell's Blue, but I feel real nostalgia for those little beacons of darkness. In many ways they made the exquisite frustration of childhood bearable. And for my son they still do.

Our grandchildren are wild. Is it time to employ old-school discipline?
January 14, 2016 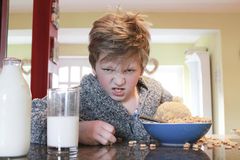 Leah McLaren: One and done? Why the choice to have a second child isn’t always simple
November 5, 2015 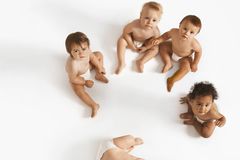 Leah McLaren: Should women be paid for emotional labour?
January 7, 2016 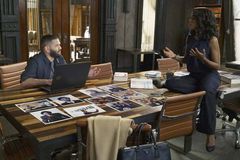