Pascal Lavoie wanted to know why common bacterial infections threaten the lives of one in four preterm babies.

He discovered that babies born before 29 weeks gestation are deficient in a protein that helps defend the body from invading bacteria.

The protein is called p40, and Dr. Lavoie, a scientist at British Columbia's Child & Family Research Institute, and his colleagues are now exploring ways to boost production of it in premature babies to levels commonly found in infants born after a full pregnancy, or 40 weeks gestation.

The work is part of an intense national effort to reduce the number of preterm babies who develop physical and intellectual handicaps by protecting them from infections. Researchers have focused on hand-washing, efficient use of antibiotics and other measures to prevent infection. But this new finding illuminates a possible weakness in the immune systems of premature infants and opens the door to new treatments that might one day boost their ability to fight disease.

Dr. Lavoie, who is also a neonatologist at BC Children's Hospital and BC Women's Hospital and Health Centre, said preterm infants are probably low in p40 for a good reason. If the fetal immune system is overly active, it might reject the mother's tissue, he said, which could cause serious problems.

"But when they are born ahead of time, that is a problem, then they become exposed to all sorts of bacteria," he said.

He is investigating whether adjuvants - ingredients commonly added to vaccines to stimulate the body's immune response - might spur the production of p40, but cautions that the work is still at a very early stage.

He and his colleagues followed 425 babies for three days after they were born. Some were preterm, born before 37 weeks gestation, and others were full term. Those that developed sepsis, a dangerous infection, had the lowest levels of p40. Researchers are still trying to determine what p40 does, but say it likely enhances the ability of white blood cells to engulf bacteria.

Preterm babies can also miss getting protective antibodies from their mothers, which usually happens during the third trimester and also helps them fight infections.

The rate of premature births in Canada has gone up more than 25 per cent since the mid-1980s and about 8 per cent of babies now arrive early.

Infections of the blood stream are common in premature infants, and are dangerous because they spread quickly through the body. Premature babies also tend to get infections in their lungs, urinary tracts and intestines. If left untreated, these infections have a mortality rate of more than 50 per cent. Even with antibiotics, up to 20 per cent of premature babies who get an infection die, Dr. Lavoie said.

Premature babies tend not to run fevers, but infections can cause inflammation or alter blood flow to their brains and damage the delicate white matter, which connects different parts of the brain and allows those parts to communicate with each other. This damage can affect a baby's ability to see, hear, move and learn.

Shoo Lee, head of neonatology at the Hospital for Sick Children in Toronto, said the work on p40 is interesting, but cautioned that it is important to focus on proven ways to prevent infections, like getting doctors and nurses to do a better job of washing their hands.

Dr. Lee led a Canadian Neonatal Network study that involved 12 neonatal intensive-care units. It found that better hygiene, more efficient use of antibiotics and getting babies off respirators earlier reduced the average infection rate by more than 40 per cent over a two-year period.

The preventive measures also reduced how long the babies stayed in hospital. If they were applied across the country, said Dr. Lee, they could save $70-million a year.

Doctors and nurses have to be vigilant for subtle signs of infection, said Anne Synnes, a neonatologist in Vancouver and researcher at the University of British Columbia. Infections can move quickly, and in some cases kill a baby within 24 hours. If an infant is less active than usual, or having difficulty tolerating feedings, health-care professionals have to determine whether to start antibiotics while they test for bacteria. 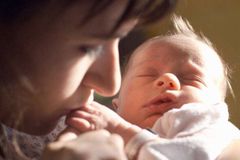 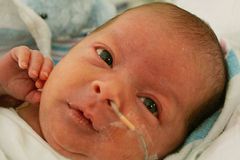