Ottawa plans to change the way parents may stay home with their babies – arguably the most significant family policy announced in this week's budget. Keeping a 2015 campaign promise, the Liberal government is making parental leave more flexible so that mothers and fathers can choose to take more time while still getting government benefits – that is, if they can swing it financially.

1. Parents will be able stretch out their leave for 18 months – up from one year. And mothers may start maternity leave up to 12 weeks before the baby is born. (It was eight weeks under the old plan.)

2. The government is expected to move quickly, but the changes may not happen until next year. (When Ottawa extended parental leave to one year, benefits kicked in on New Year's Day, 2001.) The government needs to pass legislation to amend the Employment Insurance Act, and changes have to be made to both federal and provincial labour codes. The Liberals expect the new plan to cost $152-million over five years.

3. There's nothing specific for fathers (unless they live in Quebec), but parents can split the leave as they choose once the mother has taken 15 weeks of designated maternity leave. Couples may also take parental leave at the same time, but they can't double-up on the benefits. There's only one cheque per household.

4. Extending your leave means stretching out your benefits at a lower rate. Parents who want to take 18 months will have to spread 12 months of benefits over their extra weeks. Right now, for one year, you get 55 per cent of your income up to a maximum of $543 a week. If you want to take 18 months, you would receive 15 weeks of maternity leave at the 55-per-cent rate, and the next 61 weeks of parental leave at 33 per cent. But even a year can be a stretch for many parents. Although families earning a net income less than $25,000 may qualify for an EI supplement, a Canadian study published last year in the Journal of Industrial Relations found that on average, 38 per cent of mothers outside Quebec were "consistently excluded" from federal maternity or parental benefits.

5. To qualify, you need to have worked at least 600 hours in the last year. (In Quebec, parents only need to have earned $2,000.) As of 2011, self-employed parents also qualify – if they have been paying employment insurance premiums for 12 months before taking leave. The Liberals have also previously reduced the waiting period to one week from two. Until August 2018, Ottawa is also conducting a pilot project allowing parents on leave more room to work part-time, while keeping a higher portion of their benefits.

6. If you're a new parent living outside Quebec, prepare to feel envious. Quebec has supersized its parental leave program. The province gives parents larger benefits; weekly cheques work out to nearly $900 a week. Quebec has also eliminated any waiting period, significantly reducing what it takes to qualify and gives the option of taking a shorter time for more money. It's also the only province to offer a special deal just for fathers: five weeks of paid leave for them to use or lose. (Research has shown this is smart social policy: dad-designated time has been linked to a more equal division of labour at home, as well as challenging the notion that only female workers vanish from the office when baby arrives.)

7. Are these good changes? On the plus side, since infant child care costs more than toddler care – and can be harder to find – allowing parents the option of 18 months can save on daycare costs. Giving parents more room to work even one day a week helps them stay attached to their workplace, especially key for mothers. The lack of dad-only leave means fathers – still most often the higher earner in a heterosexual couple – are less likely to take time. But the benefits are small, so families who couldn't afford one year aren't likely to be able to manage an extra six months. These are the same parents less likely to get top-up benefits from employers and who struggle more with the high cost of child care. The Liberals included about $550-million over the next four years for child care. But that's a drop in the daycare budget; when split between provinces and territories already spending about $4.2-billion a year on regulated child care, that still provides spots for only one in four kids aged five and under. 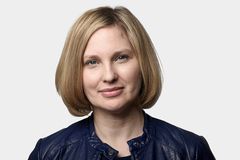 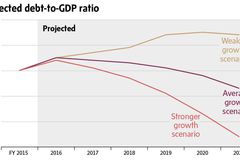