'You're better at jumping off cliffs in life than anyone I know," a friend once told me.

"Sometimes you land on a bush," he added, "but you always land somewhere."

In the summer of 2007, I jumped off the ultimate cliff – adopting a baby boy from Guatemala. I was 51, single and my family lived 600 kilometres away. There was no bush big enough to catch me this time.

When my son arrived, the avalanche that hit my life took two forms. I was swept away by a volcanic love that was like nothing I had ever experienced. And I was flattened by the completely confining nature of my circumstances.

I called it the "Love Lock Down." There were nights when, after putting my son to bed, I would simply sit in the darkness and listen to my breathing. It was that overwhelming.

In the best circumstances, there are six people working on behalf of a young child's life: two parents and two sets of grandparents. I had to be all six, every night and every day.

I took great pride that I could hold my son in one arm when he weighed 20 pounds. Two years later, when he weighed 39 pounds, I laughed that I had ever thought 20 pounds was a challenge. I had to become that strong – my arms were the only ones available.

People would look at me with moon eyes and say, "Do you have enough support?" I didn't even know how to answer.

Chop wood, carry baby. I put my head down, loved my son and made it through every tiring day with as much aplomb as I could muster.

By the spring of 2010, he was toddling and I was completely exhausted. Worse than my physical fatigue was my sense that I had no time for anything I wanted to do, and hadn't for three years.

In my pre-mama years, I had loved working on the small garden in front of my home. But the area had been reduced to a patch of complete green confusion by three years of neglect.

"Rescue me," it would say every time I looked at it.

"I can't right now," I would have answered if I had the time to say anything.

So, one day, I bought a six-pack of summer flowers, and when I returned home from the store I dug a hole and planted one flower. Just one.

I knew I had no time to "garden," but I was feeling defiant that day, and heck, I thought, I can plant one flower!

I left the rest of the flowers sitting on the grass, then went inside to attend to the many things that needed my attention.

But something unexpected happened: For the rest of the day I could feel that one flower singing to me. Somehow, that one flower had gotten inside me and was singing a new song of possibility.

What had happened? I wasn't sure. Somehow, the simple act of planting a single flower had made a click inside me and put me back in the flow of things. I still didn't have time for "gardening," but I did have time to make one simple gesture a day.

Thus, step by step, flower by flower, and day by day, I kept at it. Over the weeks, I created a garden that knocked me out with its beauty. Pale pink impatiens sat in dappled light in front of big-leafed hostas. Lily of the valley bloomed everywhere, and dark red astilbes added jolts of colour that cried out, "Be gutsy: We are."

The radiance of my garden became the single most sustaining element of my world that summer.

I never spent more than 10 minutes on it, because I never had more than 10 minutes. Nonetheless, its beauty soothed and inspired me. I would look at it – the garden I thought I had no time to create – and be reminded that I actually could do things if I did them in tiny steps each and every day.

The flowers became my inner cheering squad, encouraging me to remember this new blueprint for action. I no longer felt at the mercy of my situation, and the joy I experienced inspired me to apply this technique to other corners of my life. As a result, rooms got painted (a square foot at a time), furniture got reupholstered, laughter was shared and, ultimately, a sense of balance slowly returned to my life.

It was a quiet, daily revolution.

A tiny shift in the way I did things had taught me some gigantic lessons, such as:

Ten minutes a day adds up to more than an hour a week and over 60 hours a year.

Time is elastic. When you bring complete focus to whatever you are doing, you can get a surprising amount done in a small amount of time.

To do things incrementally is to act in the way that nature acts. All you have to do is fold this knowledge into your own human nature to reap the benefits.

Looking back, it seems that I did land on a bush – that single flower. It was small and pink, yet somehow large enough to catch me. 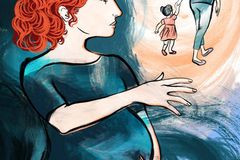 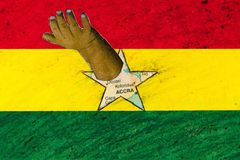