Mother's Day is upon us. Or as I like to think of it, the annual occasion in which we treat the woman who spent years in daily contact with our poop to brunch at a mid-priced restaurant.

"Here's a bunch of tulips," an honest Mother's Day card might read. "Sorry I woke you up every night for five years and damaged your career prospects and pelvic floor. But remember, Mom: It was your decision not to have an abortion."

It's been a funny old year for motherhood so far. First there was Patricia Arquette's Oscar win for playing a romantically unlucky but big-hearted single mother in Richard Linklater's Boyhood – a character who was, in her gentle, honest way, a balm to the soul of flawed and struggling mothers everywhere (which is to say, pretty much all of us).

This was followed by the publication of two books that looked at motherhood, and parenthood in general, from a far less forgiving lens – the first being Meghan Daum's collection of essays, Selfish, Shallow and Self-Absorbed: Sixteen Writers on the Decision Not to Have Kids, and Atlantic writer Kate Bolick's much-discussed book Spinster: Making a Life of One's Own, which examines why women should bother with either marriage or kids in a time when there are very good arguments to choose neither.

I've chosen both, so books such as Daum's and Bolick's, while obviously interesting, only serve to make me feel slightly wistful about the path not taken. Or they would, if I had time to think. That's one of the best things about motherhood, particularly when combined with full-time work – you no longer have time to wonder if you've made the right decision. The choice to have children is so irreversible and your brain and body get so suddenly taken up with 100 million tiny tasks that most of the existential angst gets squeezed out of life. There just isn't a second to wonder "what if?" any more.

And while that's wonderful in some ways, it can also be exhausting. And dull. And fulfilling. It's weird. What the debate around parenthood seems to boil down to lately is this: Which choice is more inherently narcissistic and selfish? To have kids or not to have kids?

It's a slightly ridiculous question, of course, as Daum herself recently pointed out in an interview: "The fact is, everybody is selfish. It's like saying, 'You breathe.'" And she went on to note that, quite rightly, parents who bear the brunt of the work of child-rearing only benefit when their sisters, brothers, friends, colleagues and neighbours choose not to procreate. "Parents and non-parents need to think of themselves as partners. Kids need all sorts of role models, and not to have every adult they know be someone's parent. We need to reframe the conversation, otherwise it just becomes, 'Who's more selfish?'"

This is all right and true, of course, but a word of advice (if I may) for those of you sitting on the prickly picket fence between the child-free lifestyle and parenthood in advance of this Mother's Day: Don't do it! Just kidding – it's your choice. But I will say this: The amount of self-sacrifice involved in parenting is amazing in every way you can imagine. It's amazingly boring and amazingly pleasurable to put the needs of a smaller, weaker, less intellectually developed being first, day after day, week after week, month after month, until they crash your car. Why pleasurable? I'd always assumed the intense gratification that comes from parenthood was due to a biological itch being scratched. We are selfishly moved to get our genes into the next generation and so we have children, and because they need to survive (and not be abandoned, sticky-faced, mid-tantrum, in a McDonald's parking lot), we love them.

I am relieved to report that it seems to be more complicated than that. According to The Road to Character, a fascinating new book by the New York Times columnist David Brooks (author of The Social Animal), the experience of selflessness – of being motivated to do difficult things not for personal gain or ambition but just to be kind and helpful to others – is, of course, the most gratifying human experience of all.

We know this, we say this, but really how often do we put the ideal of selflessness into action? I can honestly say, with shame, that for me, the answer to that question before I became a mother was never – not unless being generally polite and giving to charity counts (it doesn't). That is why parenthood is so profoundly moving for so many people: because of what it draws out of us. An ability to give without expecting anything in return, an ability to love with complete abandon. It's boring and yet it's beautiful. As Brooks says of the extraordinary people in his book – people who have taken the road to character in all sorts of inspired ways that don't involve changing diapers – "In humility they learned to quiet the self. … When they had quieted themselves, they had opened up space for grace to flood in. They found themselves helped by people they did not expect would help them. They found themselves understood and cared for by others in ways they did not imagine beforehand. They found themselves loved in ways they did not deserve."

Becoming a parent does not guarantee you will become a better, less selfish person. It offers a test. It says, "Stop here. Now consider. What kind of a person are you going to be?"

There are so many ways to live a true and meaningful life, and being a good mother is just one of them. That's why we have a day to give her tulips and take her out for brunch. Moms don't expect any payback. That's the beauty of motherhood.

Leah McLaren: I am no longer in my 20s and dressing to impress. COS is my best hope 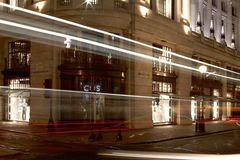 Leah McLaren: Pregnant at 65? Unusual, but it’s her right 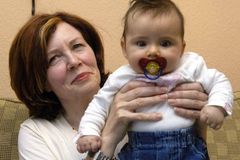 Leah McLaren: I’d rather talk to my kids about hot sex than cold hard cash 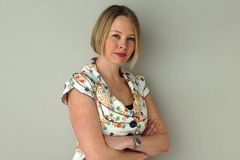