"We've just had a baby," a young man was telling me. He was a bank manager – nice suit, tailored smile – and I was his customer. Waiting for information to arrive from his staff, we were filling the silence with polite inquiries about the other person's life.

He smiled, nodding in acknowledgment.

I have three of my own and two stepchildren, I told him – all boys, all grown up, over six feet.

His eyes widened, and then he leaned in, as if hoping for perspective. "I'm worried about my wife," he began. "It's our first baby. And she's very anxious." She constantly questions her ability to care for the child, worried she might do something wrong or overlook some crucial sign, he explained. She is crippled by fear of inadequacy. "And she's a lawyer," he added to underscore his bewilderment.

"It's the mommy jitters," I said plainly. I didn't dare mention the threat of the mommy blogosphere, "a mean girl playground" of noisy judgment that Rebecca Eckler describes in her latest book, The Mommy Mob. "If they don't agree with something that you do as a mother, they will let you know," she says in an interview. And no one is exempt.

No longer a simple matter of being either a stay-at-home mom or a working mom, modern motherhood has become 50 shades of pink – all of them different labels of perceived competency as a woman that you wear into the world for others to judge. Will you be a tiger mom? A slacker mom? A breast-feeding mom? An attachment-parenting mom? A helicopter mom? A green mom? A drunk mom?

"There isn't a mother alive who hasn't thought of herself as stationed far outside maternity's central zone, that place we all imagine, where all the babies are cooing, the bananas are never bruised, and every woman is comfortable enough in her own skin to disregard magazine covers' blaring provocations: Are You Mom Enough?" writes Kerry Clare in the introduction to a new anthology of essays, The M Word: Conversations about Motherhood.

And that's too bad. What kind of parent you will be is one of the great unknowns – a discovery about self more profound than any other. Unfortunately, it has never been more difficult to allow that identity to find its voice.

It's all wasted energy, if you ask me. In an effort to relieve the bank manager's anxiety, I told him a story. When I brought my firstborn home from the hospital, I was a basket case. I practically took notes in the hospital about how to swab the nub of his belly button. I worried about his pooh. I asked the baby nurse if I could pay for her to make visits. Once at home, I insisted that people wash their hands before handling the precious infant, and that included my husband at the time.

I was the poster girl for the mommy jitters. Now, nearly 29 years later, I laugh at that memory – along with the rest of my family, who won't let me forget the washing-of-the-hands routine – because it's like looking at yourself in the early stages of womanhood, when you thought you were cool wearing lipstick and high heels at the age of 12.

Motherhood is like being a bride. You have fantasies about that particular iteration of femininity, pictures in your head, fed by the media and your own vanity, about the kind you might be. I remember studying a photograph in an advertisement – for perfume, I think – of a Parisian woman, slim, perfectly dressed, walking along the street, holding the hand of her young daughter, who was equally well-dressed with a small school satchel on her shoulder. It was such an elegant image, so aspirational, and a far cry from the reality I often inhabited, driving my kids to school in pyjamas and bare feet.

But just as there were perfect images of motherhood I could never achieve, there were parenting styles I vowed never to adopt. One winter, on a double chairlift at a ski resort, I got into a conversation about young children with a father. He and his wife had two boys under 10. "Oh, she's a screamer," he said of his wife's style of parenting. He said it in a good-natured way, but I remember thinking that I never wanted that label. So, I became known for insisting on calm voices – from myself and from my sons – when there was a disagreement. I expected them to explain the way they felt with words, which is a lot to ask from a blur of boys.

Little by little, child by child, I found my way of being a mother. In "Truth, Dare, Double Dare," an essay in The M Word, Heather Birrell writes that she and her husband "were filling out our mother and father shapes in the world." I like that description, because that's what it felt like, being a responsive, amorphous entity, sometimes large as the universe for that tiny person, encompassing all, and other times, shrinking to the size of a fly on the wall in a school auditorium, not wanting to interfere.

That isn't to say that I didn't sometimes suffer from crushing feelings of inadequacy. Back then, there wasn't the same barrage of "shoulds" as there are now but still, the competition among mothers, the feminist backlash, the pendulum swing from parent-centric family structure to child-centric – all those influences were coming into play. I only managed to breast-feed for a few months while other mothers pulled out their breasts like candies from their back pocket. I stood at the side of soccer pitches, listening to mothers of kids in my sons' classes, describing all the extracurricular activities they did. I had long given up on the idea of violin lessons, as genteel as they sounded. My idea of after-school activity was telling them they could play road hockey in the driveway so I could finish the next paragraph of a story that was due.

But I was learning to take in stride the choices I made, partly because I realized that, while I might not be the mother who baked a thousand cookies or spent her afternoons running from one activity to the next, I was the mother who had her own special practices that no one else could replicate. I would make up goofy lullabies at night. We would play a relay game of storytelling, each person having to pick up the narrative thread from the one before. Those were the acts that tied us together, not someone else's edicts about how to fulfill this most intimate of roles, this "love affair of connection," as Berman calls parenthood.

As my boys grew up, each so different from the other, I realized that it was delusional – and frankly, a bit narcissistic – to think that I would have that much influence over their lives. Do you really think you can engineer a soul to be what you envision? Of course, I had a hand in their development and their success as thriving young men, especially through a difficult divorce from their father (something they all tell me, unsolicited), but I see now that a lot of what I did was to file around the edges of their beings.

Sure, there were hard rules – manners, respect, loyalty, work – but much of the experience of being a parent was to be open to the wonder of what each would become. What was right for one wasn't necessarily right for the other. There is no perfect way. It's about listening to them and to your own voice, your own instinct of love. Which is so very simple and fun.

Three decadent dishes to wow her on Mother’s Day
May 7, 2014 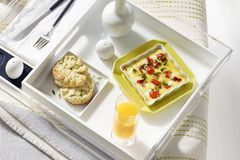 Seven last-minute gift ideas to delight her on Mother’s Day
May 7, 2014
Opinion
The best Mother’s Day gift: A child who reaches full potential
May 9, 2014 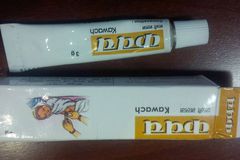 Three mothers tell us what features they really want in a car
May 9, 2014 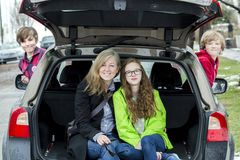