Taking inventory usually results in a larger existential crisis of taking stock, and so it's a double-edged sword that spring cleaning coincides with Earth Month and the seasonal wave of self-help, better-living-through-less-stuff guides. With tomes that tout remarkable, near-instant DIY results to enrich one's life and achieve true happiness, it's hard to fight the urge to purge. But don't be fooled into getting rid of precious stuff. In their war against things, the charlatans and practitioners of conscious un-cluttering often conflate joyful clutter with consumerism.

The unexamined life is not worth living, but an empty room is no fun either. Through their books, Marie Kondo and Nagisa Tatsumi (Tatsumi's 2005 book is available this spring in English for the first time) have created the cottage industry, if not cultural movement, of simpler living by extolling the profession and phenomenon of "stuff" reduction. Most anti-gurus like them toss around mottainai, the Japanese word for regretting waste. They want us to eliminate the attitude that created the wastefulness, fine, but that's not the same as eliminating the things themselves. What they don't tell us is that there's probably an equally evocative word for the regret of discarding that chair/dress/book. Anti-capitalism doesn't have to mean anti-stuff or anti-beauty and it seems to make for a joyless existence (it's not unlike the way people who love to eat cannot understand those who merely eat to live).

It's seldom the have-nots who enjoy this problem – high-minded, thoughtful culling is the prerogative of privilege just as must as the having is. In his new book Goodbye, Things, Fumio Sasaki, for example, offers the path to enlightened minimalism with 70 tips for next-level spring cleaning, and is blurbed by someone who writes for a men's gear site called The Daily Want (which is exactly what it sounds like). Or take the recent film Minimalism (subtitle: "A Documentary about the Important Things") touting the simple lifestyle. "We spend so much time on the hunt," says Dan Harris, author of the book 10% Happier, while co-spokesperson of the film Ryan Nicodemus has reduced the number of things in his life to a countable 51 – as though one should be above enjoying things in favour of experiences, when the experience of acquiring things are experiences, too.

It suggests an age of extremes – tiny houses to counter the sprawling McMansions; nouvelle vague minimalism to counter fast fashion; the bottomless shopping metabolism of micro-trends, which by their very nature turn our existing possessions into sources of dissatisfaction. Things aren't the problem. Wanting and buying too much is. And that's materialism, not material culture.

When Kondo's manifesto came out in 2014, there was a parallel revival of Ralph Lauren creative director Mary Randolph Carter's books A Perfectly Kept House is the Sign of a Misspent Life and her subsequent book celebrating clutter and collecting – as though to reassure non-ascetics that rather than being owned by one's unruly possessions, beloved things also offer comfort and character. Things can have value and intention that are not mutually exclusive with mindfulness.

A museum exhibition in Brooklyn, for example, gives Georgia O'Keeffe's carefully chosen utilitarian personal wardrobe equal billing with her art. Similarly, one of poet Emily Dickinson's eccentricities included dressing all in white. And before he began writing his wonderful new biographical film A Quiet Passion, director Terence Davies visited the Dickinson homestead not only to feel where she'd been but to see one of her dresses for himself. It's a plain and unremarkable frock ("She was as small as Charlotte Brontë," he said) and among other average household artefacts but it's these banal objects that make her more alive. "Ordinary things," Davies told me during an interview. But her things.

That certain items are a reference point and embodiment of taste, creativity, personality and personal history is no longer limited to great artists or museum study. Over time, things represent experiences and people, and just what that means is explored in new crop of family memoirs that highlight material objects invested with personal meaning and sentiment. There's a link to examining how things construct social identities and become talismans – even for un-famous non-gurus.

Human relationships are often mediated through objects, be they earned, given or inherited. Seven Days in May, Kim Izzo's new historical novel of the Lusitania, was inspired in part by the real-life family lore about one of her ancestors who survived the British ocean liner's doomed transatlantic crossing (he figures as a character in the book). In the story, a pair of wealthy American sisters also make the fateful journey and they have everything and more – an amber-coloured dress figures prominently, for example – but upon rescue, all they are left with is a simple embroidered hand-knit scarf, all the more precious because it was preserved.

In that way, Eve Schaub's Year of No Clutter memoir about tackling her family's 567-square-foot depository of detritus, a.k.a. their "hell room," has much in common with What Remains, Karen von Hahn's portrait of her larger-than-life interior decorator mother, Susan Young. Although Young practiced restraint as a rule ("She absolutely lived to throw things away," writes von Hahn), it is nevertheless a memoir in which things loom as large as her mother's personality once did.

Von Hahn structures each chapter around an important object, and often it is not precious in principle but became so by association. Young's cheap black vinyl address book, cracked from use, is as significant as an opera-length strand of beautifully matched pearls and a large, gourd-shaped decorative blue glass bottle. An ornate antique Venetian mirror, the glittering shield of bevelled glass that was an omnipresent jewel in their various homes growing up, is in retrospect symbolic of Young's all-consuming fiery personality. As the family evaluates what to keep and what to purge nothing is sacred – a totemic silver satin sofa must unceremoniously be disembowelled – but knowing at heart it's just a couch does not mean that less is more. 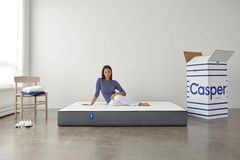 Beg, borrow and deal: The politics of mounting a must-see fashion show
April 5, 2017
Breast-baring outfits an act of feminist defiance
March 21, 2017
Follow Nathalie Atkinson on Twitter @NathAt
Report an error Editorial code of conduct
Due to technical reasons, we have temporarily removed commenting from our articles. We hope to have this fixed soon. Thank you for your patience. If you are looking to give feedback on our new site, please send it along to feedback@globeandmail.com. If you want to write a letter to the editor, please forward to letters@globeandmail.com.
Comments