A new DNA blood test to detect Down syndrome can cut the need for invasive tests like amniocentesis by up to 98 per cent, a new study shows.

Dennis Lo Yuk-ming, a professor of chemical pathology at The Chinese University of Hong Kong, said the test is highly accurate in detecting whether a fetus carries an extra copy of chromosome 21, and it produces virtually no false negative results.

However, the technological innovation is expensive and does not eliminate the problem of false positives (a test that suggests the fetus has Down syndrome but does not).

The research, published in Wednesday's edition of the British Medical Journal, involved 753 women at high risk for Trisomy 21 (the formal name for Down syndrome), 86 of whom carried a fetus with the chromosomal disorder.

Current tests - amniocentesis and chorionic villus sampling - both involve sticking a needle in the uterus or placenta to collect fetal DNA.

"There is discomfort to the mother and the risk of loss of pregnancy so these tests are not ideal," said Stephen Meyn, head of the genetics and genome biology program at the Hospital for Sick Children in Toronto.

But he cautioned that there are a lot of matters - scientific, regulatory, and financial - that need to be resolved before the DNA blood test moves into clinical practice.

"I'm not sure how fast it will be adopted or how widespread it will be. It's a lot more complicated than just saying: 'We like this needle because it hurts less.'"

In Canada, prenatal screening is done routinely at around 11 weeks to determine if a pregnant woman has a chance of having a baby with Trisomy 21, Trisomy 18 (also known as Edwards syndrome which is caused by the presence of all or part of an extra 18th chromosome) or neural tube defects like spina bifida.

Those blood tests look for proteins and hormones that are produced in the placenta and womb; an ultrasound is also performed. If these tests are positive, the woman is offered amniocentesis some time between week 16 to 19 of pregnancy.

However, there is a high rate of false negatives, between 10 to 15 per cent, and of false positives, about 2 to 3 per cent.

"These tests are pretty good but they're not perfect," Dr. Meyn said.

Amnio entails inserting a long needle directly into the uterus to extract amniotic fluid and the fetal cells and DNA it contains. Amnio results are considered more than 99-per-cent definitive, but the procedure carries a miscarriage risk that ranges from one in 200 to one in 1,000.

The other diagnostic test, chorionic villus sampling, involves the invasive collection of fetal cells from the placenta. While CVS can be performed earlier in the pregnancy, it also carries a slightly higher miscarriage risk than amnio.

About 5 per cent of pregnant women undergo amnio or CVS. Roughly three in four women opt to terminate their pregnancy if Down syndrome is detected.

Many parents and consumer groups like the Down Society of Canada argue that what pregnant women need more than tests is balanced information, notably that Trisomy 21 is not a disease or disorder and those with the naturally occurring chromosomal arrangement have, like everyone else, the potential to live full and happy lives.

Dr. Lo's research suggests the new DNA blood test could be used in one of two ways: as a screening test for all women early in their pregnancies or as a confirmatory test for those who test positive.

Early screening costs less than $100 a woman, and a commercial version of the DNA test - a product of Sequenom Inc. - is expected to sell for about $700, which probably makes a universal program unaffordable.

But the study shows that the DNA blood test could rule out Down syndrome in about 98 per cent of women referred for amnio and CVS.

Those tests would still be necessary to confirm a diagnosis, but only for one-tenth of 1 per cent of all pregnant women.

People with Down syndrome are recognizable by some common physical features, notably a flat face, short neck and abnormally shaped ears. They tend to have mild to moderate learning disabilities and a variety of health problems that include congenital heart disease, intestinal problems, cataracts and a high risk of developing early-onset dementia.

There are an estimated 35,000 people with Down syndrome in Canada, and about 500 babies are born with the syndrome each year. 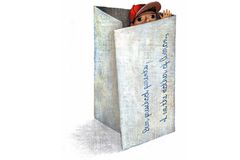 Our disability welfare system needs rebuilding
April 27, 2018
Disabilities not a reason to send a person to 'jail'
April 28, 2018
Follow André Picard on Twitter @picardonhealth
Report an error Editorial code of conduct
Due to technical reasons, we have temporarily removed commenting from our articles. We hope to have this fixed soon. Thank you for your patience. If you are looking to give feedback on our new site, please send it along to feedback@globeandmail.com. If you want to write a letter to the editor, please forward to letters@globeandmail.com.
Comments