Eric Hoskins, Ontario's Minister of Children and Youth Services, says he intends to make changes to the province's child welfare system after hearing from a group of young adults about their lives in foster care.

The report, written by current and former foster youth, was presented yesterday at Queen's Park. Based on public hearings held in November on the foster care experience, it paints a picture of a system in which children feel vulnerable and isolated, either as part of a foster family or in group homes. It was praised for giving foster youth a voice that until now has been largely unheard.

"The report that these youth have produced is without precedent," Mr. Hoskins said. "It is ground-breaking and it is brave. It draws from the real life and sometimes difficult experiences of current and former youth in the care of children's aid societies."

Among the recommendations was to extend the financial and social support afforded to foster kids until the age of 25 – an issue that Irwin Elman, the Provincial Advocate for Children and Youth, has also taken up. Currently, foster families or group homes are not financially compensated after a child turns 18. Youth can then apply for "extended care" payments – the average is $830 a month – and a connection to a case manager until the age of 21. After that, support ends.

At a time when young adults are staying home well into their 20s as they establish careers, their peers in foster care are entering their 20s with no such support. According to the report, 44 per cent of youth in care graduate high school, compared with 81 per cent of the general population; 43 per cent of homeless youth have previous child welfare involvement; and youth leaving care are over-represented in the youth justice, mental health and shelter systems.

"We're in this system and you lose the love and the care. That stuff gets forgotten sometimes," says Shanna, 20, one of the report's four lead authors.

(Shanna and all the youth involved are declining to use their last names for privacy and legal reasons.)

Mr. Hoskins said he will create a working group to partner youth who have experienced foster care with government, service providers, children's aid societies, and others, with an aim of improving the system. The Ontario government is the guardian of more than 8,300 Crown wards.

Shanna is turning 21 at the end of the month, with two-and-a-half more years of a joint Nipissing University-Wilfred Laurier University teaching degree to finish. Shanna was placed in the foster care system with a man (she does not refer to him as her foster "father") at the age of 8, after her single mother committed suicide. She knows she should seek counselling to deal with her past, which will add to her living expenses.

"I'm scared," she says, during an interview at the provincial advocate's office, where she's been working on the report. In addition to losing financial support, she's afraid of losing access to her Children's Aid worker. "I call her when I'm in a rut. She says I can call, but it's going to be harder for her to get back to me if she has 35 other cases."

Jesse, a 21-year-old living in Fort Frances, was placed in 14 different foster homes by age 9. He then found a home with a family to which he is still attached to today. He works with his foster mom at a native youth treatment centre and he's planning to translate his experiences into a career helping other kids.

Jesse wrote a section of the report about the challenges facing first nations foster kids, who make up more than 20 per cent of the Crown ward population.

He had high hopes walking into Queen's Park, eager to have his voice heard. "I'm excited to see what happens," he says. 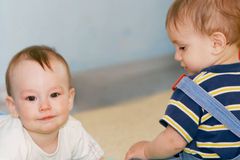