The question comes unbidden at dinner parties, usually after the source has put back a few drinks: "Are you planning on having children?"

If the answer is "no," and you're 35, don't expect it to end there. Throughout the interrogation you'll explain that you don't actually despise babies, even though you love your life as is. You'll end up pledging to reconsider your choices "before it's too late," before fleeing to the beer fridge.

The question came my way again a few months ago. The host, an otherwise cool, hippie grandmother, cornered me in the dining room with a cupcake in her hand. "Why don't you want to have kids?" she asked, her brow furrowing. I sputtered back something about how little leisure time I have even now, without the massive project of parenting. That and my complete lack of maternal instincts?

The excuses didn't fly: I'm missing out on life's greatest joy, the host railed, ostensibly with my best interests in mind. She soon descended on my boyfriend.

Pushing her hand against his forehead the way TV evangelists do with their flock, she demanded to know why we weren't making babies: "Is she fertile?!"

As I approach 40, the baby question is coming on fast and furious. It comes from my mom and dad, who assure me that parenthood is the happiest, most oxytocin-bathed experience life has to offer. (They also want progeny and a blob they can bounce on their knee, without the 4 a.m. feedings.) It came recently from a close friend with whom I used to chain-smoke and guzzle wine. As I clutched her sweet-smelling newborn, she asked ever so gently if I'd ever consider it (here, I did have a pang).

Other times, it comes from cabbies. Willing to risk a good tip, some will inquire about my marital and baby status, then spout the traditionalist view about what a woman should be – wife and mother.

As I reach a turning point in my fecundity, the people want to know: Will I use my womb? And if not, why not?

Although we pat ourselves on the backs for tolerating all kinds of familial configurations in this country, we continue to reserve puzzlement, pity and judgment for adults who really don't want to have children, ever. This dynamic is mined in Meghan Daum's new essay collection Selfish, Shallow and Self-Absorbed: Sixteen Writers on the Decision Not to Have Kids.

The book's title trades in a familiar barb: that people without children only think about themselves. Daum was tired of seeing the childless get reduced to glib jerks who'd rather "sleep in" and fritter away their paycheques on expensive shoes than raise kids.

Her essay collection – 13 insightful pieces from women and three from men, who rarely get included in this debate – proposes something new: Non-parents are as varied as parents. They put their nurturing instincts into their work, their communities and their nieces and nephews. Some have agonized over their decision not to breed, which makes parental inquisitions even worse.

"I wanted to lift the discussion out of the familiar rhetoric, which so often pits parents against non-parents and assumes that the former are self-sacrificing and mature and the latter are overgrown teenagers living large on piles of disposable income," writes Daum, an opinion columnist for The Los Angeles Times whose "biological clock never went off."

The collection offers a compelling platform for the childless, or "childfree" if you prefer, although Daum doesn't like that jargon because it seems to liken children to gluten, smoke and other ills worth dodging.

But what about those who so desperately want everyone to bear children? The ones who warn like dark seers "You'll regret it."? What are their motives?

Daum says that for a generation of people who assumed they had to have children – even when some weren't exactly gung-ho about the prospect – it can be understandably annoying to hear the childless squawking about their freedoms. "There's this idea that people who choose not to have kids are somehow judging the choices of people who do have kids," Daum said in an interview from New York. "That comes from this cultural paradigm of parents versus non-parents. These two groups have been set up as adversaries."

She sees far gentler motivations among those extolling parenthood. "It's just human nature to give advice that is based on what we did. 'Buy a house, it's such a great investment,' or, 'Live in this neighbourhood.' … People really love telling other people what they did and telling them it's the best way. Parenting is just a very giant example of this."

One of my heavily pregnant friends is less generous. She was the last holdout in my social circle and she chalks parental pressure up to this: Misery loves company. When news of her pregnancy spread, old friends with bags under their eyes came calling with invites to the mommy club.

My friend recoiled in horror, imagining the rest of her life spent debating sleep-training philosophies.

Everyone needs to be a touch less presumptive, and that includes non-parents, says Daum. Surprisingly, she puts the onus on them not to get so defensive about the prying baby question: "We need to start being honest about the nature of our choice. We have to stop answering the question 'Why don't you have kids?' with, 'I forgot to,' or 'My kid? It has four legs and drinks out of a bowl on the floor.'"

I agree that being bratty doesn't get you far in an argument. But I still question, given our overscheduled lives, how much of this combative relationship is rooted in the false assumptions that some parents have about childless hedonists and all their free time. (Note to parents: It's not Denmark – you mire yourself in work either way.)

And I wonder why we can't simply lead lives that are different. "This is about life choices and what it means to know yourself well enough to make the decision that's right for you," Daum said. "There's such a cultural investment in the idea that becoming a parent helps you know yourself (or even is the only way you can truly know yourself) that it can seem inconceivable that such knowledge could be obtained by other means."

So just how do you bat away breeders at the next dinner party? For starters, Daum advises against calling parents "breeders" – apparently it's not helpful. She recommends flattery instead.

"I don't know what's wrong with saying, 'Parenting is probably one of the hardest things you could do. It's an important job, so why should somebody who doesn't really want to do that job do it?' Put that way, it's actually paying respect to parents. I don't see how anyone could argue with that."

Daum pauses and chuckles: "I'm sure they could argue with it."

There are other options to motherhood
May 12, 2018 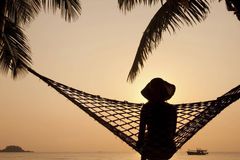 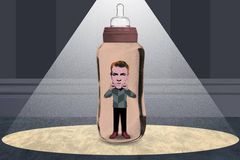 Childless couple gets grief for posting too many vacation photos on Facebook
May 11, 2018 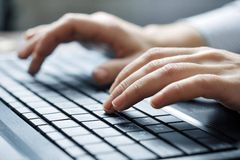