Author Peggy Orenstein's impassioned investigation into gender stereotyping all started, innocently enough, with a Thomas the Tank Engine lunchbox. Her daughter was mocked by a gaggle of preschool peers for having one. Then, little Daisy came home rattling off all the Disney princesses and their gown colours. Suddenly, Ms. Orenstein's three-year-old was being called "princess" everywhere she went. The final straw? A dentist who asked if Daisy would like to get in the "princess chair so I can sparkle your teeth?"

In her new book, Cinderella Ate My Daughter: Dispatches from the Front Lines of the New Girlie-Girl Culture, Ms. Orenstein explores the effects that princess culture has on girls. She also questions many of our closely held beliefs about how girls' and boys' brains are different - and suggests parents take a good look at their own attitudes before pinning all the blame on Disney.

We spoke to Ms. Orenstein, from her home in Berkeley, Calif.

You have written about gender issues for years, but it sounds like nothing prepared you for the onslaught of princess culture you faced when your daughter turned 3.

I was sort of blindsided by it. We were just going along and raising this daughter and thinking the world had changed and there was nothing she couldn't be because she was a girl and nothing she had to be because she was a girl. I really went into this thinking, maybe this is good. Maybe this is our post-feminist predilection for pink and it's okay. That led me to look at the whole arc of girlhood and girl culture from infant to tween.

One of the most surprising things in the book is the fact that our very idea of pink and blue is relatively new.

One assumes that it's in their DNA that girls like pink and they go for it like heat-seeking missiles. It turns out that's a new phenomenon and 100 years ago all babies wore white dresses. When nursery colours first came in, pink was assigned to boys and blue to girls because pink represented strength and masculinity. It was seen as a pastel shade of red. God of War and all that. Blue was for girls because it was seen as being associated with faith and constancy and the Virgin Mary.

Some time in the 1980s, it seems, was when marketers realized that hyper-segmenting boys and girls - making products that were targeted at one or the other and if they were neutral products, creating gender difference in them - sold more products.

So, it wasn't necessarily an evil patriarchal plot? "Just" a marketing plot?

You could see it as a nefarious plot. I talked to an executive from Leapfrog and he said, "Well, it's the Pink Factor." If you have a boy, you buy all this stuff. But when you then have a girl, you buy everything again in pink and vice versa. You double your sales that way.

You say that girls - and boys - at the preschool age need to assert their gender, which is why they glom onto these gendered toys with gusto.

Girls and boys at that age don't know that, for most of us, sex is permanent. They think it could switch. That's why when your daughter is 3 you won't be able to wrestle her into pants all of a sudden. She needs to be very stridently a girl. She doesn't want to risk turning into a boy.

One of the biggest sex differences in life is toy choice in preschool. So boys with trucks, girls with dolls. That is universal and even monkeys do it. Because that happens, we go, "See? It's all proven." When we're born, the differences between boys and girls are real, but they're small. They're allowed to flourish because children are raised in separate girl and boy cultures and aren't exposed to each others' ways of being and thinking.

I point to a study that girls with older brothers have better spatial skill than girls or boys with older sisters. There's a way that that exposure actually changes their development. Cognitively, intellectually, emotionally, for the sake of their future relationships with one another. It also seems that kids who have friends of the opposite sex when they're little, in elementary and preschool, have better dating relationships as teens.

We use the male-female brain science to explain a lot, especially new ways to teach boys.

I know. That boys need blue rooms and to stand up and all that. The studies are really thin and the differences they show are really tiny. And you're only making the differences bigger when you do that. You're amplifying and magnifying them. I don't know why in this day and age we want our kids to be so different, so alienated and so specialized in their skills.

It seems like the choice in boy toys is just as diminished.

The issues of commercialization and the scripting of childhood play are universal. Even when you see kids playing with guns - it can be a healthy thing for boys and girls - but not if they're acting out the same script they've seen on TV over and over again. Similarly, one of the things I found most chilling in the book was looking at the drop - and this was done by a big marketing research company - a 20 or 25 per cent drop in doll sales and a simultaneous online rise in playing with online dolls. One nine-year-old interviewed said I like to play with Barbie.com better because I don't know what to do with a real doll. I don't like to have to make things up. Those online games are a closed system. They don't require imagination. That's not a gender issue.

So, I've let Buzz Lightyear into my son's life. Now what? 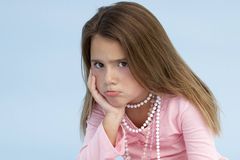 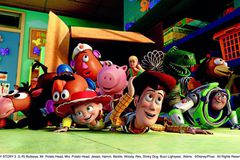 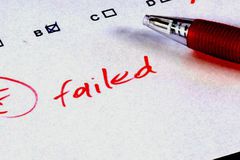