The singer of beloved children's standards like Baby Beluga and Down By the Bay has recently kick-started a second career as an author and Internet safety activist. His new book, Light Web, Dark Web looks at the inherent dangers of living online. Here Raffi Cavoukian – performing Saturday, Feb. 1 at Roy Thomson Hall in Toronto – shares some of the secrets to his success. (Don't "share" your life, live it!).

How to always agree with the boss

When I was starting out in Toronto there were a bunch of singers and songwriters who were putting out their music independently, what you call indie now. I thought it was a great idea because I knew that would mean artistic control, so I started my label Troubadour. After my first album was really successful, one of the big companies came along and offered big money to produce my next album. They thought that maybe I could do more rock because kids were really into rock. I said, "Kids are into a lot of things – no, thank you." Having my own label means I haven't had to deal with the pressure to please a record label. I think some of the distributors we have worked with over the years like A&M, MCA and Universal realized very quickly that I wasn't in it for the money. They were probably a little bit bummed.

Saying no should be easy

A few years ago, the producers of Shrek wanted to make a Baby Beluga movie. I was flattered, but I knew the conversation wouldn't get very far because they wanted to do two things that I couldn't say yes to: The first was market the movie directly to children and the other one was that there would be all of these products. I wouldn't want a Baby Beluga movie to sell junk food! It was easy to say no because my principles and the principles of my record label, Troubadour, are clearly defined. Over the years I imagine I've said no to millions of dollars with various opportunities, but when you know what you stand for it's not hard to say no.

I make an effort to use the Internet consciously, which means watching how long I spend online and stepping away from the computer and the smartphone regularly. The impulse to "share" online mustn't lead your experience in life. What you are feeling and enjoying in the moment is what matters, not the sharing of it. There used to be a time before social media when kids and all people had time to think and get bored, which isn't a bad thing. Bedrooms used to be a place of solitude, now they are Grand Central to reach everyone. It's scary to consider the implications. If kids aren't given the experience of learning to be alone, learning to have solitude, then when will they learn that? The point of life isn't to be anxiously leaping to the next thing, the next impulse to share or connect. The point is to be able to enjoy the moment – your breath, your cup of tea, the feel of the pen on the paper.

I am a tech enthusiast. I enjoy the aspects of the Internet that we all enjoy – being connected, the access to news and information. What my book cautions about is all of those not so great aspects of the Internet, which are a major concern. It's more than a matter of privacy, it's a matter of vulnerability. I am very careful about keeping the things I want private offline. I will not tweet things that the public should not know about me. I will not be a curiosity item. The lesson for young users is to really be careful what you tweet about your private life. That and do not drink and tweet. That goes for other altered states as well. Nothing goes away on the Internet.

Before I became a children's singer, I was a struggling folk musician having trouble making ends meet. I was about to give it up when I fell into making music for children. My very first album became an overnight sensation and paved the way for the rest of my career. For me, the key was understanding that music for young children can be important work. I'm glad I had the clarity of mind to see that rather than thinking, 'Oh, I can't cut it writing music for adults so I guess I'll try to write for children.' The lesson here is about being open to where your experiences lead even if it's not where you thought you would be. Staying open to what the world brings me has served me well. A year and a half ago I never would have guessed I'd be writing a book on social media.

This interview has been condensed and edited.Special to The Globe and Mail 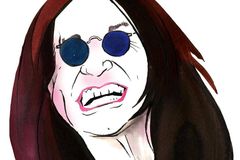 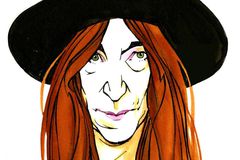