As my son's school photo day approached this week, the details swirled. We'd have to remember to be early that day. Is his best shirt clean? Is he clean? Would he smile this time?

It was only our second photo day, so it never occurred to us to opt out. Even if last year's photos starred a bewildered toddler sitting in front of the same blue background of my own childhood portraits, ordering photos is just something people do.

Or is it? It turns out disgruntled parents are ripping up the order forms. No 8 x 10s or wallet sizes for them, thank you.

As a piece in the Wall Street Journal noted recently, school pictures used to be "among the main photo records of a child each year." But now, we're all digital photographers, sharing a surfeit of our masterpieces on Facebook. Wallet photos? Your darlings' faces are a mere touch away on most phones.

Ottawa mother of two Candace Derickx almost wrote the cheque this fall, after opting out for a couple of years, because her kids were nagging her. But even though this year's were "kind of not bad, but not good," she stuck to her refusnik ways. "How come they're so bad? There's a total lack of care. They have parents over a barrel and they know it."

To be fair, Ms. Derickx has seen some doozies. As she wrote last month on her blog Life In Pleasantville, she recalled looking at one set and asking her daughter if she'd been in the middle of a bowel movement.

For others, their dismay is more about the fact that the backdrops have not kept pace with our iPad aesthetics.

"I despise school photos," says Vancouver-based mother of two Jill Amery, who runs the parenting website Urban Mommies. "You should have seen the background on the boys' last year – it looked like tie-dye Easter bunny art."

It's no wonder large North American photo companies, such as Edge Imaging and Lifetouch, are now offering an expanded range of bells and whistles. There are key chains, magnets, yearbook packages, Christmas cards packages and more. Many remind parents that schools often earn a percentage of sales as a fundraising tool.

Mark Oliver is the owner of PhotoVisions, a Brockville-based school-photography company that serves 150 schools in Ontario. He says the first hit on business came about six years ago, when every grocery chain and box store starting offering quick, cheap digital prints. He now offers photos embossed with school names, or printed calendars – not to mention touch-ups to erase teenaged blemishes.

Four years ago, he switched from those dreaded canvas backdrops to a green screen: Parents now choose from among 500 backgrounds online, including, he says, the enduring blue sky and mottled backdrops.

He admits changing tastes have kept him on his toes. And it's not just parents; kids shrug off the photos as they age.

Only about 25 per cent of Grade 12 students order photos. Get a few popular Grade 8s who hate school photos? "There's a tipping point. Three kids decide they don't want to buy the pictures, no one buys them."

One force working in his favour is an abiding, irony-laced love many of us have for our own goofy school photos. There are entire websites devoted to such collections – one obsessed solely with tacky Star Wars-era laser backdrops.

"There is a bit of kitsch to it," admits Mr. Oliver, who says some teens will purposely pick kindergarten-age pastel backgrounds covered in bunny rabbits. "The toughest, meanest Grade 12 boys with piercings in their faces – they get these backgrounds."

After the Journal piece ran, blogger Lindsay Mannering of The Stir weighed in as defender of the classics. "Throw a kid on a stool in front of terrible background, add a seedy photographer with a mustache ... and you're going to get picture gold that you'll treasure for years."

She, for one, cherishes her own first-grade portrait because it captured a dangling loose tooth, a DIY bang trim and a missing button. "I looked dishevelled. Homeless. Possibly deranged. And it's the best photo of me ever taken," she writes.

Ms. Derickx, for one, is not swayed. "I have enough silly pictures of my kids."

Still, some smaller outfits are hoping to woo parents like Ms. Derickx back by nipping at the heels of the big players with an updated aesthetic. Bard Azima, of Toronto's Living Face Photography, started taking school photos at one Montessori school eight years ago and now visits about 17 Toronto schools. He offers chic portraits with natural lighting and leafy backgrounds.

Last week he says he told his photo-lab technician he was disappointed in a lower than usual return rate at one school. It was 55 to 60 per cent instead of his usual 75 to 80 average. She told him most other school photographers' return rate hovers at 40 to 50 per cent.

In addition to natural backgrounds and no "interrogation lights," as he calls them, he also spends much less time posing kids like mini-CEOs.

"I started making farting noises two year ago, which is gold – to elicit a real smile."

Ah, memories. Pigtails. Awkward smiles. That blue background. Send us your favourite school photo - of you or your kid - and we'll add a selection to this gallery.

Simply e-mail your pictures to lifephotos@globeandmail.com. Please be sure to include the subject's name and age. 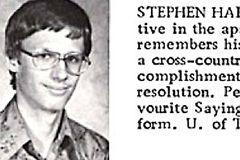 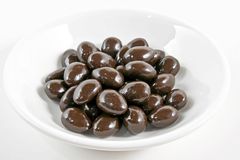 Facts & Arguments
I have a love-hate relationship with photographs
November 17, 2011 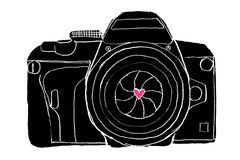 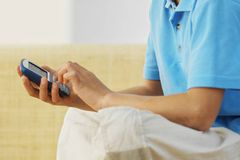