For decades, chocolate sales have offered a quick and easy way for students to raise money for school field trips, playground equipment and extracurricular activities. But amid growing concerns about childhood obesity and efforts to eradicate junk food from children's diets, many Ontario schools are now joining other jurisdictions across the country and putting a stop to chocolate fundraisers, moving away from what chocolate suppliers argue is a lucrative source of revenue.

New nutrition standards issued this September from the Ontario Ministry of Education, which prohibits the sale of high-fat, high-sugar and sodium-laden foods, have provided the impetus for several recent bans.

At Trillium Lakelands District School Board in Central Ontario, schools have long been discouraged from holding chocolate fundraisers to promote healthy eating habits. But as a pre-emptive step to support the ministry's new food and beverage policy, the board put a stop to chocolate fundraisers all together earlier this year, says Catherine Shedden, manager of the director's office and communications at the school board.

The board's fundraising policy, adopted this February, left chocolate off its list of pre-approved fundraising activities in favour of campaigns like book fairs, bottle drives, car washes and sales of coffee, cheese and citrus fruits.

Chocolate suppliers, however, point out that the new Ontario guidelines don't apply to fundraising activities that occur off the school premises. Moreover, they argue that chocolate campaigns are generally directed at adult buyers, not children.

Ms. Shedden says her school board doesn't buy that argument.

Marketing manager Geoff Buttimor says the discouragement of chocolate campaigns could eliminate a highly effective fundraising method. Through sales of his company's chocolates alone, Ontario schools have generated around $10-million over the past five years.

"That's just with us, and we're one of many companies that fundraise with chocolate," he says, noting that schools typically use the money to upgrade playground equipment, pay for transportation costs for sporting competitions, and buy sports and musical equipment. A single chocolate campaign, he says, can raise up to around $20,000 in three weeks.

June Nicholson, president and chief executive of Cambridge, Ont.-based Fundtastic Fundraising, estimates chocolate outsells any other fundraising products her company supplies, such as dried fruit snacks and smoothie juice boxes, by at least 40 to 45 per cent.

Non-food alternatives, such as magazine subscriptions or gift wrap, are much less effective because they're more expensive and people tend to require time to mull over whether they want them, Ms. Nicholson says. They also tend to require buyers to fill out orders and wait for the product to arrive, whereas chocolate sells easily, since it's an impulse purchase for immediate consumption.

Not only does chocolate have universal appeal, she says, "it's a low price point, it's not a planned purchase … You simply spend your $3 or whatever and it's done. It's the most successful product that there is."

In Newfoundland, where the sale of chocolate as part of school fundraisers has been banned since 2006, the government's Department of Education says it has not seen any negative impact on its schools' fundraising. Schools, it says, have simply turned to other methods.

However, Ms. Nicholson, whose company still supplies chocolate for school events throughout the Maritimes, says chocolate fundraisers have just been driven underground.

"The parents will say, 'Well, don't deliver to the school. Deliver it to my home, and I'll do it from my garage,' " she says. "Yet the school kids are still doing it. It creates a black market, really, a weird black market." 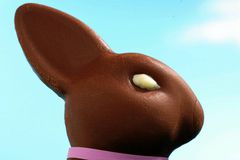 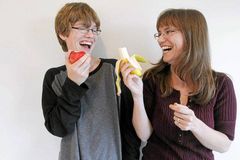